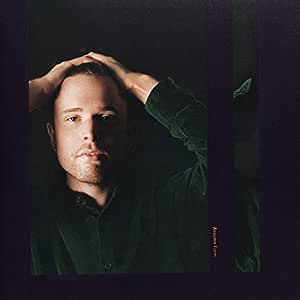 James Blake (Artist) Format: Audio CD
4.6 out of 5 stars 227 ratings
Amazon's Choice recommends highly rated and well-priced products.
Amazon's Choice for "james blake"
See all 4 formats and editions Hide other formats and editions
Includes FREE MP3 version of this album.&nbspProvided by Amazon Digital Services LLC. Terms and Conditions. Does not apply to gift orders.&nbspComplete your purchase to save the MP3 version to your music library.
Available at a lower price from other sellers that may not offer free Prime shipping.

James Blake has long been a hip-hop ally. Not only has his own discography cemented him as a critically acclaimed artist, the multiple Grammy award-nominee and Mercury Prize winner has worked with artists from the likes of Drake, Beyonce, Kendrick Lamar, Travis Scott, Frank Ocean and more. 2018 was a massive year for the producer, singer and song-writer who collaborated with Kendrick Lamar on the era-defining Black Panther soundtrack and lent his vocals to Travis Scott's "Stop Trying To Be God."

4.6 out of 5 stars
4.6 out of 5
227 global ratings
How are ratings calculated?
To calculate the overall star rating and percentage breakdown by star, we don’t use a simple average. Instead, our system considers things like how recent a review is and if the reviewer bought the item on Amazon. It also analyzes reviews to verify trustworthiness.

Paul AllaerTop Contributor: Classical Music
TOP 100 REVIEWERVINE VOICE
4.0 out of 5 stars 3.5 stars... New album continues direction from "Colour In Anything"
Reviewed in the United States on January 30, 2019
When we last heard from James Blake, it was three years ago with "The Colour In Anything" album, a marked departure from his prior two albums, the intriguing self-titled 2011 debut album and the 2013 "Overgrown" album that is nothing short of a flawless and mind-blowing masterpiece. Since "Colour", Blake has been quite busy with a number of projects, including his more frequent collaborations with "big names" like Bon Iver, Chance the Rapper, and of course last year's massive "King's Dead" single from the Black Panther soundtrack, featuring Kendrick Lamar, Jay Rock and Future. Now comes Blake's fourth album.

"Assume Form" (12 tracks; 48 min.) opens with the jarring and nervous title track. Next come "Mile High (featuring Travis Scott and Metro Boomin)" (2nd UK single), and "Tell Them" (feat. Moses Sumney & Metro Boomin), which don't do much for me either. "Into the Red" on the other hand, immediately sounds familiar and comforting. This continues on "Barefoot In the Park (feat. ROSALIA)", which is my favorite tune from Side A, a brooding and haunting tune, just beautiful. Side B opens with "Are You In Love?", a lovely piece. "Where's The Catch? (feat. André 3000)" could be another massive hit like "King's Dead". "I'll Come Too" turns more introspective. Two of my favorite tracks on this album come at the very end: "Don't Miss It" (1st UK single), which has what I would call the 'traditional' (ol' school) James Blake sound you heard on the first two albums. Then there is the album-closing "Lullaby For My Insomniac" (3rd UK single), and the song's title says all you need to know. These last 2 tracks contain the haunting and emotional slowburner sound that I absolutely loved on the early stuff from James Blake, but which he is more or less abandoning, a trend that started on"The Colour of Anything" and that is clearly continuing on "Assume Form".

You haven't had the full James Blake experience yet if you haven't see him live. I saw him (with his backing band) several times in the early years when he was touring in support of this first two albums. What an incredible experience that was. Even though I'm not liking his "evolving" sound as much as the early stuff, I'll still go see him in concert anytime, anywhere. If you have a chance to catch him live, do not miss him!

RICKROB
3.0 out of 5 stars REACHING OR SEARCHING?
Reviewed in the United States on February 21, 2019
HEY ALTERNATIVE DUB SOUL PIONEERS, I HAVE HEARD MUSIC FROM MR BLAKE BEFORE BUT THIS IS MY FIRST PURCHASE FROM HIM. THIS FINDS A LITTLE JUMBLED AS IF HE TRYING TO STAY TRUE TO HIMSELF YET APPEAL TO LARGER AUDIENCE. NOT A BAD RELEASE BUT SIMPLY OK!
Read more
Helpful
Report abuse

Jose
5.0 out of 5 stars Amazing album
Reviewed in the United States on February 2, 2019
This is an amazing album. All of the songs are great and simply best music out right now. Press play and find bliss with this album
Read more
Helpful
Report abuse

KToms
5.0 out of 5 stars On replay!
Reviewed in the United States on March 26, 2019
On replay!
Read more
Helpful
Report abuse
See all reviews

Amazon Customer
5.0 out of 5 stars A great album
Reviewed in the United Kingdom on March 1, 2019
Verified Purchase
I heard Assume Form on 6Music and was smitten. I loved the Overgrown album, and wasn't sure whether this would be equal to it, especially as he has collaborated with a lot of other artists on Assume Form. But I didn't need to worry, the collaborations are excellent and allow for more variation of style. If you like his earlier albums you will love this.
Read more
2 people found this helpful
Report abuse

Ryan Connor
1.0 out of 5 stars Unplayable.
Reviewed in the United Kingdom on June 23, 2019
Verified Purchase
Brand new out of the of the sleeve, recently bought my record player as well which was brand new, and this record skips on every song, I've turned it off played it again and it still skips in the exact same place every time and theres not a scratch on the thing. Awful.
Read more
4 people found this helpful
Report abuse

Mr. C. Evans
4.0 out of 5 stars New to Blake
Reviewed in the United Kingdom on March 18, 2019
Verified Purchase
Came new to this artist after hearing track on 6Music - album has great layers which you enjoy more, the more you listen.
Read more
One person found this helpful
Report abuse

William I
5.0 out of 5 stars Album of the year
Reviewed in the United Kingdom on March 19, 2019
Verified Purchase
Easily the best album released this year, have not stopped listening since it came out. Can't Believe The Way We Flow is incredible!
Read more
One person found this helpful
Report abuse

"shiptonic"
5.0 out of 5 stars Brilliant
Reviewed in the United Kingdom on January 31, 2020
Verified Purchase
Fantastic LP, shame the first one dame damaged and the second one skipped, slightly but the album is fantastic. Completely different sounds compared to the CD, extremely noticeable and that’s a good thing!
Read more
Report abuse
See all reviews