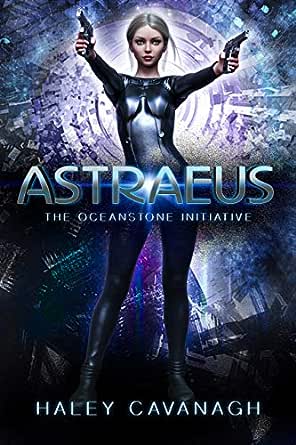 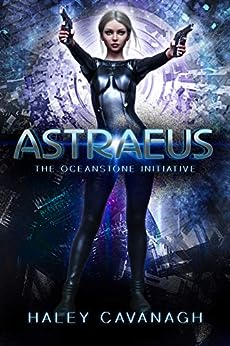 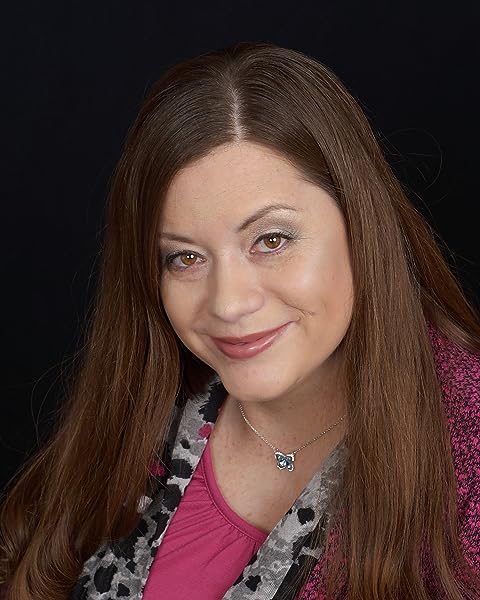 PRG 2018 Reviewer's Choice Award, Sci-Fi/Fantasy.
"Astraeus is a fast paced and engrossing read that will keep you hanging on for more. The excitement builds and builds until bam and then it slams you in the face. For a little while you feel as if you are right there with Astraeus floating in space and seeing the stars all around you. You get to see space through Astraeus' eyes while first looking through Sakota's. Astraeus is told through Sakota's eyes or point of view."
-The Avid Reader Blog, 5 Stars

Dacia Arnold
5.0 out of 5 stars Give Me More!
Reviewed in the United States on May 28, 2019
Verified Purchase
Ever feel like no person on this earth can possibly be your true match, you soul mate? Dr. Sakota Thorell has given up hope on her love life in favor of her career. Aboard the Sleipnir Science Vessel far from home, Sakota scours the Andromeda Galaxy for signs of life until it lands right in her lap. Tall dark and handsome floats through space unprotected and finds her vessel. Astraeus.
Sakota and Astraeus have a deep connection which transcends time and space. While yes, this is quite romantic, an alien threat is the driving force of this plot.
Cavanagh does a superb job illustrating the bond to the reader in a way that sneaks up on them just as much as the main character. While sprinkling these cozy moments into dire circumstances, she keeps you at the very edge of your seat until the very end.
Without spoilers, the end will leave you screaming “WHAT?!?! ALL THIS TIME?!!?!” LOL Now you’ll have to go and find out. My fingers are crossed for a sequel to see how Sakota and Astraeus fair the cosmos together.

Nutritionista
5.0 out of 5 stars Very well written and exciting read!
Reviewed in the United States on November 4, 2018
Verified Purchase
Astreaus has so much to offer! This is an intelligently written book with well thought out characters. It’s as if the author knew them her entire life before bringing them alive on the page.
The romance between Sakota and Astraeus was sweet, but didn’t overpower the sci-fi storyline or action in this book, which I really Appreciate!
I will be looking for more books from this author!

Debbie
5.0 out of 5 stars Exciting
Reviewed in the United States on April 3, 2019
Verified Purchase
This is a great book, very entertaining. Not like your typical Science Fiction Romances that have been published. I can’t wait for sequels.
Read more
3 people found this helpful
Helpful
Comment Report abuse

Chelli
5.0 out of 5 stars A fast paced, exciting read!
Reviewed in the United States on November 2, 2018
Verified Purchase
A superb read! Both gripping and bold, with characters you can see in person! Author Haley Cavanaugh really delivers in this page-turner of a sci fi, making the reader ask questions even as she entices one to dig deeper to find the answers! 10/10 would recommend, and I am waiting with baited breath for a new instalment!
Read more
One person found this helpful
Helpful
Comment Report abuse

Goblin Spider
5.0 out of 5 stars Out of this world!
Reviewed in the United States on June 11, 2019
Verified Purchase
Brilliant hybrid of science fiction and romance. Hoping for a sequel.
Read more
One person found this helpful
Helpful
Comment Report abuse

IndianaHappyTraveler
VINE VOICE
5.0 out of 5 stars ‘To go BOLDLY where no one has gone before’....the mission, not only of the Voyager, but also of....
Reviewed in the United States on October 23, 2018
“..there’s a person floating right outside..[the window of the vessel]...He’s got some kind of weird black body armor on, and he’s not wearing any face gear. He’s looking right at me. I th-think he’s alive!”
Thus, in the 4th paragraph of the book, the author grabs the reader, to join her on the best space-odyssey since Robert Heinlein’s books. Sleipnir is a mobile intergalactic research facility whose job is to perform science in different solar systems, to look for and report any possible habitable planets and extraterrestrial life. It’s mission: an exploratory journey to the Andromeda Galaxy in search of geological resources and a new home for the human family. The ship has spent about one year in space, so far unsuccessful in finding an inhabitable planet or any living being. Now, an injured being suddenly appears just outside the ship! The crew scrambles to get to him and bring him inside for treatment (by the physician and scientists) and constraint and questioning (by the security forces).
The suspense builds: a humanoid form, yet impervious to the effects of exposure to space; mental telepathy with the CMO, Dr. Sakota Thorell, despite initial inability to speak English; escape from planet-destroying aliens, who may be following the spaceman, in order to continue their life-plundering eating disorder; the ubiquitous conflict between Medicine & Science versus Military might; the spine-tingling tango between male and female as they traverse the immense differences between Earth and Alien, man and woman to form a cohesive bond capable of facing dangers small and large and triumphing over them all. The reader is drawn in more deeply with each issue facing them. As this episode comes to an end, it is with the sense that this book is merely the ‘end of the beginning’, and I, for one, eagerly await the next book.
CRITIGUE: A well-constructed story, with attempts to explain the scientific adaptations in the story, making life aboard such a vessel nearly believable. (The spacesuit of the injured being is described as being made of carbon nanotubules.) The premise of other sentient beings is believable, and the presence of aliens with the sole purpose of consuming us and our resources (the stuff of our nightmares and scary movies), draws us into the author’s world for the ride. I find no significant writing errors, which bespeaks good editing. A twelve year old will enjoy the story, but adults will see the reasons for the voyage as a sad commentary on the wastefulness of Earth’s current inhabitants which may well necessitate just such voyages in the immediate future, for mankind to survive the human-wrought destruction of this planet.
I downloaded this as a free book. I wanted to share my impressions with other Sci-Fi lovers, so they would not miss this book 😊.
Read more
4 people found this helpful
Helpful
Comment Report abuse

Jennifer G
VINE VOICE
4.0 out of 5 stars A thoughtful sci-fi romance
Reviewed in the United States on October 13, 2018
Dr. Sakota Thorell is the lead Doctor on a space exploration from Earth. Earth is in ruin. Humans have destroyed their home, destroyed each other, and now their best hope for survival is to find a new planet. She always expected to find alien life but not to find it (him) floating outside the window of her lab. Astraeus looks human but his differences are vast. His body, mind, and soul are superior. He is evolved in a way humans could only aspire to. But he is alone, the last of his kind. Lethal aliens attacked and destroyed his homeworld and he was the lone survivor. Sakota and Astraeus have an instant bond but he has unknowingly brought the danger with him. His rescue may not be the salvation they were hoping for, but their end.

This book was not what I was expecting at all. It's a thoughtful sci-fi romance. Its release is timely, to say the least coming the same week that Earth's scientists issue a statement that unless we can reverse current temperature changes our planet will be irreversibly damaged putting all life in peril. Unfortunately, I don't see actual humans responding any better than the historical fictional humans of this book. It's a true cautionary tale! I won't even touch the political history mentioned in the book, except to hope that it's not an omen. I do appreciate that multiple sides of humanity were presented. The same characteristics that make us violent and thoughtless can also help us survive. It's our nature, good and bad. Sakota was one of our best. Brilliant, grateful, curious, and thoughtful. Astraeus was a wonder. His physical and mental make-up, his strength and restraint. I enjoyed getting to know him through Sakota. The story itself was multi-layered, sweet, interesting, and exciting. I look forward to more. The next story of resilience and survival and love.
Read more
5 people found this helpful
Helpful
Comment Report abuse
See all reviews