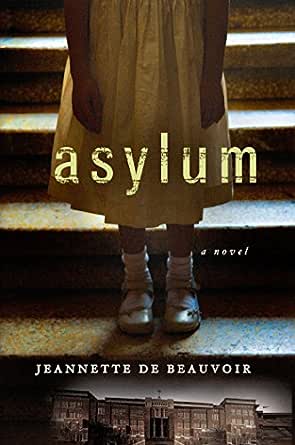 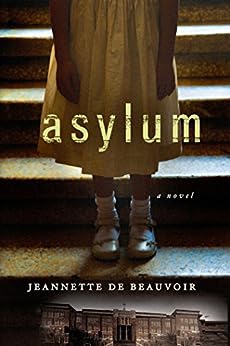 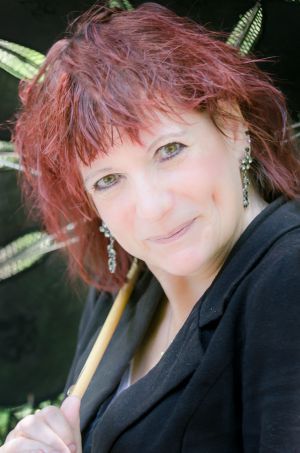 “Martine LeDuc, the publicity director for the city of Montreal and a wonderfully likable narrator, partners with offbeat police detective Julian Fletcher in this absorbing mystery. De Beauvoir does a fine job of evoking the ambiance of Montreal, with its fascinating neighborhoods, bilingualism, and political tensions.” ―Publishers Weekly

“[The] plot has real forward-moving energy, making Asylum a quick and satisfying read. Martine LeDuc-a troubled Catholic, an uncomfortable stepmother, and committed to her job and city-makes for an engaging lead character, and I hope de Beauvoir writes her again.” ―National Post

“What is truly impressive about de Beauvoir's writing is that she is able to smoothly weave fiction with true events bringing the past to life with evocative settings and passionate characters whom we care deeply as they capture the memories of this dreadful dark era of Québec's past.” ―Bookpleasures

JEANNETTE DE BEAUVOIR is an award-winning author, novelist, and poet whose work has been translated into 12 languages and has appeared in 15 countries. She explores personal and moral questions through historical fiction, mysteries, and mainstream fiction. Home is an old sea captain's house on the tip of Cape Cod, although she spends some part of every year in Montréal and in Great Britain.

4.7 out of 5 stars
4.7 out of 5
50 customer ratings
How does Amazon calculate star ratings?
Amazon calculates a product’s star ratings based on a machine learned model instead of a raw data average. The model takes into account factors including the age of a rating, whether the ratings are from verified purchasers, and factors that establish reviewer trustworthiness.

Bob in eastern Washington
5.0 out of 5 stars Serial killer investigation uncovers a darker story from the past
Reviewed in the United States on March 15, 2015
Verified Purchase
I thought I was getting another crime procedural: a sadistic serial killer, unknown links among the victims, an "ordinary" woman and a policeman trying to solve the case in spite of official disinterest. But de Beauvoir had a second story to tell, one that was even more interesting, more disturbing than the murders. The mix of two stories, told by the investigating woman and a voice from the past, provided a gripping tale, a tale made even more horrifying in that much of it is true. This is book that needs to be read, both as fast-moving tale of crime and as a lesson from the past that will, once again, cause us to say "Never again."

Buy it, read it, tell your friends to read it.

Patrick Casey
5.0 out of 5 stars Creepy plot that sent me searching for more information about these orphans.
Reviewed in the United States on July 16, 2018
Verified Purchase
Reading this book was so enjoyable that I just I just ordered another of this author's books. The characters are both realistic and compelling. De Beauvoir's gift of writing historical fiction sent me on a search to learn more of what I could about this shameful time in the histories of Canada and the US.
There are lots of twists and turns and not once did I find any aspects of this novel predictable.
In short, I love when I can be entertained and educated at the same time.

julia mckinney
4.0 out of 5 stars Historical child abuse in orphanages run/sponsored by the Catholic Church in Canada
Reviewed in the United States on March 21, 2019
Verified Purchase
The heroine, a PR specialist for the city of Montreal, becomes involved in the murders of 4 apparently very different women. The commonality is direct or indirect knowledge of, or former living in, orphanages where known abuse occurred. Why these killings are taking place 40+ years later is the heart of the story. This is a very dark tale, heartbreaking because much of what is discussed really occurred.
Read more
Helpful
Comment Report abuse

CathyGK
5.0 out of 5 stars Will keep you guessing to the end!
Reviewed in the United States on April 12, 2016
Verified Purchase
Great suspense thriller! Anything but predictable. Despite the fact it is based on a dark period of Canadian history it is not "too" dark. This story will keep you guessing to the thrilling end, and readers will enjoy Martine's transformation from PR to amateur sleuth as she takes on a twisted villain that continues to elude the authorities. Don't read the book hungry--Martine does quite a bit of her thinking over a glass of good wine and some delicious French cuisine!
Read more
2 people found this helpful
Helpful
Comment Report abuse

Teresa Spencer
5.0 out of 5 stars Impeccably researched and engagingly written
Reviewed in the United States on June 11, 2015
Verified Purchase
This author is noted for her impeccable research. In this book she handles a deeply disturbing historical event (if a years-long nightmare can be called an "event") adeptly, adapting it as a mystery. The protagonist rings true, neither omniscient nor bumbling. The author honors the history without flogging the reader with it. Although it is a mystery, it is more like investigative journalism than Agatha Christie. This book should not be read by the very young or by those who are prone to nightmares; I recommend it highly for everyone else.
Read more
One person found this helpful
Helpful
Comment Report abuse

julie
5.0 out of 5 stars Historical Novel Delight
Reviewed in the United States on April 6, 2015
Verified Purchase
I really loved this book. It is written about a time in history that was very difficult for social services, both in this this country and in Canada. Much of the story is historically factual. I really love historical novels, and this one really touched me deeply. What was done in the name of care to both orphans and the mentally ill after world war two and the 60's, is very hard to face. This provoked much thought and made me want to dig deeper into that era and time. And to me that is what good novels are about. Thought provoking and inspiring. Thank you.
Read more
3 people found this helpful
Helpful
Comment Report abuse

The author interweaves a fictional but fact-based story of the orphans with a present-day murder investigation in which Martine LeDuc, the Montreal mayor's PR director, becomes actively involved. Working with detective Julian Fletcher, LeDuc finds that a string of murders is tied to the past. But how?

DeBeauvoir's writing is crisp and clear, and both the contemporary setting and the background history appear to be well researched. The dialogue is realistic, and the story builds to a frightening climax. I understand the author is writing another novel featuring Martine LeDuc. I can't wait to read it!
Read more
One person found this helpful
Helpful
Comment Report abuse

Ptown Reader
5.0 out of 5 stars A Story That Will Stay With You!
Reviewed in the United States on October 8, 2015
Verified Purchase
I really enjoyed this book. The narration between present and past journal entries was subtlety and elegantly done. The "Francophone" female narrator was smart, sassy, resourceful and not afraid to pick a fight with some political, high-power types. The setting in Montreal was captivating. Ms. de Beauvoir has a gripping tale here, which she tells with a sure and engaging voice. The horrors that lurk within the institutions she describe are all the more powerful because of her surefootedness. Take time to check out the research and links at the back of the book. This story will surely stay with you. I want more of this character! Soon!
Read more
One person found this helpful
Helpful
Comment Report abuse
See all reviews from the United States

J. Nickel
4.0 out of 5 stars Murder mystery in a richly detailed setting
Reviewed in Canada on March 30, 2015
Verified Purchase
The author takes two horrible real life events from Montreal's history, and winds them into a current-day murder mystery. The first is the CIA conducted mind-control drug experiments at the Ravenscrag Institute (now part of McGill University), conducted from the 1950s through the 1970s. The second event is the mass institutionalization of children in Quebec from the 1940s through to the 1960s. In traditionally Catholic Quebec, it was an unspeakable disgrace to have a baby out of wedlock. These children were taken to so-called orphanages. Other families surrendered their children when they had huge families that they couldn't feed. The Canadian government helped support the Church financially in running these institutions, but the Church figured out that they could get more government assistance for running mental hospitals. Thus, sometimes overnight, healthy children were deemed mentally ill. Years later it was discovered that these children were horrifically abused and sometimes used for medical experimentation. These children are now known as the Duplessis Orphans.

Fast forward to current day Montreal, were in a short time, four women have been found raped, murdered, and posed on park benches. Concerned about Montreal's reputation as a tourist destination, the mayor appoints his director of public relations, Martine LeDuc, to liaise with the police to report on progress and pressure a resolution. Martine goes beyond these instructions and discovers the link between the four murder victims is the Duplessis Orphans. Woven in with Martine's efforts to solve the mystery is a back story of an orphan named Gabrielle who is trying to survived the asylum.

The strength of this novel is in those scenes at the asylum. I also loved all the rich detail about Montreal and its bilingual culture. And of course I was fascinated to learn about this dark period of Quebec history.
Read more
Helpful
Sending feedback...
Thank you for your feedback.
Sorry, we failed to record your vote. Please try again
Report abuse

Barbara J. Donaldson
5.0 out of 5 stars Good read
Reviewed in Canada on February 14, 2017
Verified Purchase
Enjoyed the book very much. Tragic events, a sad part of our history, but a story that should be read. Congrats to the author!
Read more
Helpful
Sending feedback...
Thank you for your feedback.
Sorry, we failed to record your vote. Please try again
Report abuse

Gina Amos
5.0 out of 5 stars Chilling
Reviewed in Australia on July 28, 2015
Verified Purchase
A murder mystery that left me reeling for days after I turned the last page.
Read more
Helpful
Sending feedback...
Thank you for your feedback.
Sorry, we failed to record your vote. Please try again
Report abuse