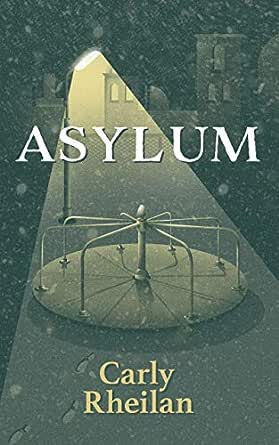 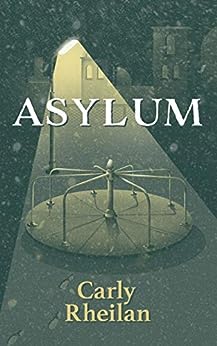 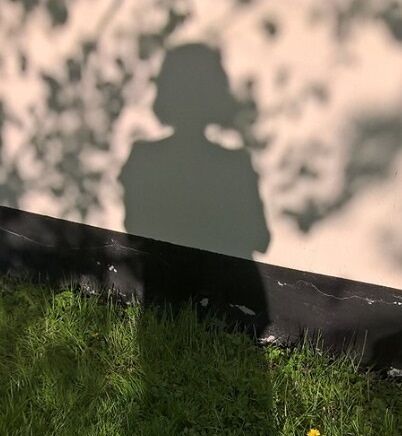 Asylum: In whose world could you walk away? Kindle Edition

Nicki
5.0 out of 5 stars Dark, Heavy, Creepy, Yet Beautiful
Reviewed in the United States on January 18, 2019
Verified Purchase
Asylum is one of those unique stories that leave a deep imprint on your mind and makes you think of all the darkness that is present in this world and yet, there is a specific beauty that makes you believe in life's goodness and gives you the will to live on.
Asylum is a heavy book and confronts you to some of life's most unpleasant truths and incidents. The story revolves around Blacks immigrants and their lives in a white's world. This new world is clean, has food and prosperity, and yet is worse than the Black world (namely Africa) with all of its hunger, constant civil wars (that leaves you limbless), and burnt houses and vehicles, because the latter is hospitable to young children. A child walking alone on the roads of Africa could find many people sitting in groups around fires to keep themselves warm. Yet, in the White world, a little black child may walk alone in the cold of night with ill-fitting clothes and shoes, only to have people in expensive vehicles ignore him and turn a blind eye to his troubles. However, this walking alone in the cold is nothing as compared to the horrors that children in a specific special school witness. The book is grim and very engaging.
Read more
Helpful
Comment Report abuse

Grady HarpTop Contributor: Children's Books
HALL OF FAMETOP 50 REVIEWER
5.0 out of 5 stars ‘It was obviously pigeaters’ work’
Reviewed in the United States on January 22, 2019
Verified Purchase
British author Carly Rheilan was born in Malta and lives in the UK. She gained her education both from Oxford University and Brunel from which technological university she earned her PhD. She is psychiatric nurse and has done research into criminal justice, taught in universities, and has worked many years in the NHS. Carly incorporates this experience in writing novels that address issues at the edges of psychiatry, crime and personal trauma.

ASYLUM tells the story of Cabdi, the survivor of a massacre, and Mustaf, a trafficked child. She has written three other books – CATS CRADLE tells the story of a relationship between a child and a paedophile, BIRTHRIGHTS is a story about a childless psychiatrist seeking a fraudulent motherhood, and THE ANGEL explores medical homicide.

Carly’s ability to magnetize the reader’s attention begins with the cover art and continues with the opening paragraphs of this very disturbing, excellent novel. ‘Cabdi was not sure whether anyone else – even if they had sat beside him on the roof of the Villa – would have seen the hand groping from the earth. Cabdi had always seen things that others couldn’t. He could see through the curtain of daylight into another world, out of time. He could see his ancestors, his dead family and the faces of people not yet born. Even as a child, long ago, there had been whispering faces in the hot air, in another country. He understood the reason. He had been chosen by spirits. Bt the hand reaching up through dirt on that day, its fingers clutching at nothing, seemed to belong quite solidly to earth. It protruded through a jumble of rubble in a hole that should not have been there, in the carpark that was now used as a playground, near the door to Villa Six where Caldi had once been held. Its presence – a living hand not attached in any visible way to a body – was a violation But it did not seem supernatural…The Villas had been annexes to the Parkhill Institute, a Victorian asylum, set in large grounds with an imposing boundary wall. The main hospital at the top of the site was visible from the bus-route, and from the upper deck, looking through the trees, I might have been taken for a country mansion or a minor public school. But in the little English town, everyone knew what it was. ‘ Cabdi is from Somalia.

The story unfolds – ‘The child’s hand groping out of the earth is undoubtedly real. As real as Cabdi’s own hand, when it lay on the earth after the machete fell, long ago. But this hand is alive. And it isn’t in a war-zone. It’s in the playground of a school, just outside the grounds of the English psychiatric hospital where Cabdi is now held. And the man who is stamping on the moving hand is a pigeater. Pigeaters are in charge of everything. As an accidental asylum seeker, Cabdi is friendless in a country he does not know. He cannot speak English. But he knows that he should not have gone into the playground. He should not have seen the hand in the earth. And whatever lies behind this, it is not his war. He walks away. Why should the crime have a witness, anyway?’

Tense, very dark, but securely written by an author about whom we most assuredly will be hearing more. A fascinating, disturbing book. Grady Harp, January 19
Read more
Helpful
Comment Report abuse

J Armstrong
4.0 out of 5 stars Dark and harrowing tale
Reviewed in the United States on January 28, 2019
Verified Purchase
Set in a little English town that feels as if it is being overrun by asylum seekers, this tale centers on Cabdi and Mustaf. Both have survived unspeakable tragedies and now live in one of the Villas that used to be part of the local Asylum. Cabdi has always seen faces of dead ones and they sometimes told him secrets, but this is the first time he had seen a hand sticking up from the ground, slightly grasping as if it was trying to hold the air. Cabdi also is set against the English people, he calls them pigeaters, as every time they come to his new home something changes and he does not like change.
This book was difficult to read, it was macabre, and very dark. This is not a light read, more something that you read with the lights on and when you can devote some time to reading uninterrupted. The storyline is good and flows well and the writing itself is great.
Read more
Helpful
Comment Report abuse

V.E.
VINE VOICE
5.0 out of 5 stars Awesome Book
Reviewed in the United States on January 23, 2019
Verified Purchase
Asylum by Carly Rheilan is a dark, twisty kind of book that will keep you guessing. This is not a feel good book at all, but rather a tale that will stay with you in all of its dark glory. Cabdi is the main character, from Somalia, does not speak English, and is in asylum in a psychiatric hospital. He has indeed survived a massacre. He has witnessed and seen horrible things. When he sees something he really shouldn't have seen in a playground adjacent to the hospital, his world begins to change. Someone is stomping on a hand that is slightly raised out of the ground, and it appears to be alive. The author writes with confidence, and that dark mood that permeates this novel sets the tone for an intriguing and exciting story. Not only is this book dark and disturbing, but is so well written you may forget you are reading about horrible things. Highly recommend for a chilling thriller in the classic noir style.
Read more
Helpful
Comment Report abuse
See all reviews

Terry Melia
5.0 out of 5 stars Powerful, Convincing and Masterful. Brilliant read
Reviewed in the United Kingdom on June 30, 2019
Verified Purchase
This is one of the most powerful and original novels that I’ve read in years. The dark subject matter is one which is never far behind a headline in our daily news but remains largely taboo. Emotionally, Asylum is a brutally dark experience, but there are moments of unfettered joy which brought this cynical and gruff reader to tears I can normally rattle though a good read in a day or so, but this is one of those rare novels that you deliberately draw out – it really is that good - safe in the company of a Master storyteller whose authenticity shines.

Asylum deserves the attention of a fine screenwriter I’d love to see Cabdi and Mustaf up there on a giant screen.

Ms. B. J. Buxton
5.0 out of 5 stars A revealing take and eminently readable
Reviewed in the United Kingdom on February 1, 2019
Verified Purchase
A fascinating take on murder from a different point of view. This book gives unusual insight on how the dispossessed might view their world and how they and the people around them might struggle to understand differing realities .It shows how the dark underworld can manifest on a day to day basis and yet we how our essential humanity can be retained. A lovely book
Read more
Report abuse

Mrs Catherine A Watson
4.0 out of 5 stars Unusual tale of the dark side of refugee life in contemporary Britain
Reviewed in the United Kingdom on July 16, 2019
Verified Purchase
After a slow start this unusual tale of Bantu and Somali refugees in a West Country town builds to a tumultuous and moving crescendo. There are some entertaining episodes of comedy of manners as the health professionals struggle to understand patients from entirely different cultures.
Read more
Report abuse

JCarlen
5.0 out of 5 stars Powerful, dark and completely original
Reviewed in the United Kingdom on February 1, 2019
Verified Purchase
This is an intense, dark and completely original novel. Intriguing, complex characters are mixed with a pacy plot and highly contemporary themes. It manages to be both beautiful and brutal and will stay with you. A must read from a fantastically unique new voice.
Read more
Report abuse

DG
4.0 out of 5 stars A highly unusual tale
Reviewed in the United Kingdom on January 30, 2019
Verified Purchase
The main characters are African refugees and the underlying theme is sexual abuse of children. A new author - one to watch. More please!
Read more
Report abuse
See all reviews