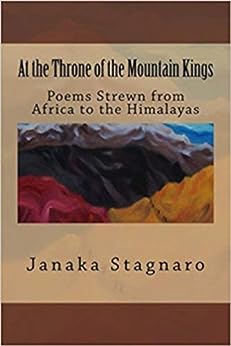 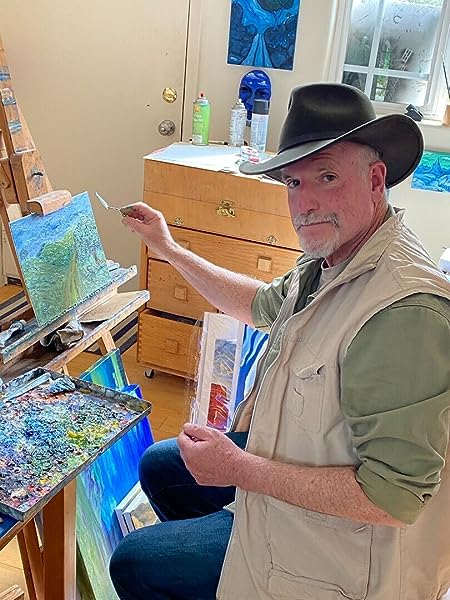 At the Throne of the Mountain Kings: Poems Strewn from Africa to the Himalayas Kindle Edition

by Janaka Stagnaro (Author) Format: Kindle Edition
See all formats and editions
Sorry, there was a problem loading this page. Try again.
Here are 49 poems from the author's adventures, both inner and outer, as he served in the Peace Corps in Africa, to his journey to the Himalayas in his search for self discovery. In addition, the reader will find insightful notes for the poems and their circumstances.POETRY The words come/Fluttering, thundering/ Returning from a journey/They only give hints at,/ Ticking the imagination/And caressing the heart;/ They arrive with no rules to hold them,/And drift into place--/Read aloud, perhaps senseless,/But held, and they grow--/Into feelings envisioned,/Into truths admitted,/Into landscapes of us.
Read more
Previous page
Next page

Janaka Stagnaro began to explore the Tarot and the occult at an early age but left it behind as he went into high school, following the usual way of a teenager. In college, he had a near-death experience while canoeing, which began to reawaken his metaphysical interests and instilled in him that life is an adventure. He realized he did not want to go through his life review at death with regrets and yawns. This desire to live fully led him to serve in the Peace Corps in Cameroon, West Africa, in the 80s. After his radical change in perspective living among such vivacious and generous people, who found happiness in a simpler way of life, he traveled extensively. In Nepal, hiking solo in the Himalayas, he had his spiritual awakening, feeling an ineffable Presence of Love. This experience of the Divine led him on a journey of meeting a variety of spiritual teachers and studying eastern and western teachings. His book "The Teachings of Yama: A Conversation with Death" reflects his inner and outer journey of discovery.

In the 90s, after his travels, he became a father and a Tarot reader at the famous Bodhi Tree Bookstore of Hollywood, giving thousands of readings. After several years of guiding others at the store, he moved and became a Waldorf teacher, teaching children for over 25 years. From his teaching experience, he is now a professional artist and storyteller and continues to offer Tarot readings. Besides the Yama book, he has written five inspirational books for adults and four for children.

He lives with his wife and teenage son in Carmel Valley, California.