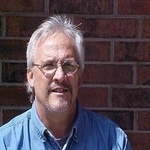 Atheism, Evolution, and the Truth of God: What the Bible Says About Things That Matter Paperback – September 9, 2011

As the author of this book, I wanted to explain a bit about its purpose.

Many Christians are intimidated by the claims of atheism and/or evolution.  Many times believers are painted as anti-intellectual, anti-science, anti-reason, and other descriptions designed to make them feel as if their belief in God and Christ is simply based on ignorance. The secular scientific community claims to have evidence that God does not even exist. They claim that evolution is a proven fact.  Anyone who believes in God is accused of merely ignoring the 'truth' of science.

This book is meant to pull back the veil and reveal atheism and evolutionism for what they really are.  They are both religions based on faith...the same thing for which they blast Christians.

This book is meant to do several things: (1) encourage believers in their faith, (2) motivate them to augment their study of the Bible with other studies which will prepare them to be better defenders of the faith, (3) cause non-believers to think about the condition of the world and God's claims concerning it, and (4) to offer further resources for study.

The overall message of the book is that we serve a God who is true, powerful, and loving.  We can put our trust fully in Him knowing that He will never let us down.

Atheists do not believe in God. Evolutionists propose that the universe sprang into existence by sheer accident, guided by physical laws that have always existed.  Both atheism and evolutionism seek to undermine the Christian faith, prove God does not exist, and convince others to follow the tenets of godlessness.  However, the Christian has some mighty weapons of defense at his disposal: a saving relationship with Jesus Christ, the instruction of God in the Bible, and the Holy Spirit.  Empowered with these three, and the motivation to stand firm, the Christian is able to defend himself against any, and all, attacks of atheism, evolutionism, or any other world views that seek to undermine the Truth of God.

Robert is first of all a follower of Jesus Christ, and he believes that the God of the Bible is real, He loves us, He sent His Son to pay for our sin, and He gave us His Word (the Bible) and His Holy Spirit to enable us to live the life He has planned for us. Robert believes that every one in the world needs Jesus. His ministry consists mainly in writing essays in defense of the truth of the Bible and of Christianity specifically. He has a Bachelor's degree in Pastoral Ministries and Biblical Studies from Mid-America Christian University in Oklahoma City. This is his first book. He also writes as the Oklahoma City Biblical Examiner, contributes articles to Yahoo Associated Content and Faithwriters .
Read more
Tell the Publisher!
I'd like to read this book on Kindle

Jack Wellman
5.0 out of 5 stars Atheism, Evolution, and the Truth of God
Reviewed in the United States on October 9, 2011
This Christian writer and author has solid, grounded evidence for the God of the Bible as Creator and Redeemer. He uses concrete, empirical, quantifiable evidence to show the veracity of the Bible, the fallacy of evolution, and that you can believe what the Bible says. As a fellow author and Apologist, I stand behind this mans work as valid in content, faith-building in reasoning, and indisputable by science. This book builds the faith of believers and gives them real evidence to always be ready to give an answer of the hope that is within them with all gentleness and meekness. Outstanding work. I highly recommend it.
Read more
Helpful
Comment Report abuse
See all reviews from the United States