You've subscribed to Passport to Romance! We will preorder your items within 24 hours of when they become available. When new books are released, we'll charge your default payment method for the lowest price available during the pre-order period.
Update your device or payment method, cancel individual pre-orders or your subscription at
Your Memberships & Subscriptions
There was an error. We were unable to process your subscription due to an error. Please refresh and try again. 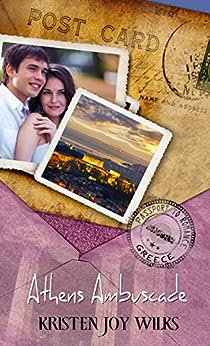 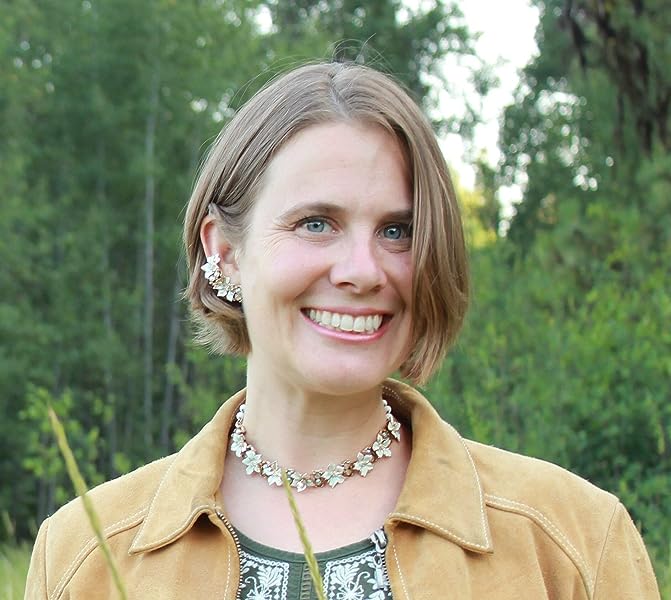 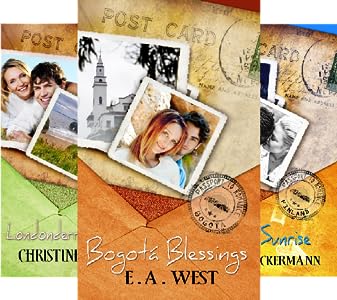 Iola
5.0 out of 5 stars Fun Christian romantic comedy!
Reviewed in the United States on January 21, 2018
I requested Athens Ambuscade for review for two reasons: It obviously featured Athens, Greece, which makes it perfect for a post at International Christian Fiction Writers. I've never heard of "ambuscade" before, so I had to find out what it meant (it's an antiquated term for 'ambush' for those who are interested.

But then I read the book description and wasn't so sure ...

What happens when a strapped-for-cash bridal designer needs a stuffed animal...and fast?Up-and-coming bridal designer, Jacqueline Gianakos must fly a Montana taxidermist to Greece in order to stuff her Grandmother's cat. If Chrysanthemum isn't preserved within two days' time, Jacqueline will lose the home that was her childhood sanctuary. But will she survive the next 48 hours when the taxidermist ignores her pointed request and then shows up wearing flannel?

This sounded a little weird. And perhaps it was. But it worked.

Jacqueline is in Athens dealing with the estate of her recently deceased grandmother. Ya-Ya left what could have been a to-do list in the envelope with her will, and the lawyer decrees that Jacqueline must complete all the tasks on the list before she can inherit the house. This would seem ridiculous and unbelievable, but the writing and the setting makes it seem almost logical.

Anyway, Jacqueline (never Jackie and definitely not Jack) is a lady with Plans. She has emptied the attic, cleaned the gutters, built a tasteful orange tree house (if that's not a contradiction in terms then I don't know what is), and baked a watermelon pie (I have no idea how you bake a pie from a fruit that is basically water).

Now she has to get that nice taxidermist from Montana to stuff her grandmother's dead cat.

He's arrived in Athens, and they've got two days to stuff the cat and show the lawyer. Shouldn't be difficult ...

Jacqueline and Shane collect the cat from cold storage (it's been dead three years, and Ya-Ya wasn't crazy enough to keep it in her own freezer. Yes, this is a good time for crazy cat lady jokes). Then their troubles begin as thugs in black vans want to steal the cat. Yes, you read that right. It's the "ambuscade" promised in the title.

What follows is a fast-paced cat chase through the streets and sights of Athens, including a visit to the Parthenon, the Gate of Athena, the Monastiraki Flea Market, and the Cave of Aglauros. It's also funny, in a laugh-out-loud kind of way, not a how-stupid-is-this-woman kind of way.

Jacqueline is a little strange (I guess she takes after Ya-Ya).

As I said, Jacqueline is a lady with Plans. She has plans and lists and is perhaps a little over the top. For example, when she arranges to meet Shane, the taxidermist, in an Athenian cafe, she doesn't tell him what she'll be wearing. She tells him the width of her belt, and the three shades of eyeshadow. I try to be organised, but Jacqueline takes planning and organisation to a whole new level.

Athens Ambuscade is a quick read, both because of the fast pace and because it is relatively short. But it packed a lot of punch: lots of great lines:

It also had a strong Christian theme, with Jacqueline learning a definite lesson about the nature of God (a lesson that had nothing to do with kittens or rainbows or fluffy things).

So much color. A swipe of robin's egg blue across the Mediterranean sky, ancient white marble, and the flush of green growth clinging to the mountain. God seemed to create His most glorious splendors in hard to reach places.

Some books are set in exotic locations, but you read them and get the feeling they could have been set anywhere—the setting comes a distant third behind the plot and characters. Athens Ambuscade is different. It almost felt as though the setting were a character, and I loved that—although I am glad my own short visit to Athens wasn't nearly as exciting as Jacqueline and Shane's.

I recommend Athens Ambuscade for those who enjoy romantic comedy from authors such as Kara Isaac, and those looking for a Christian novel equivalent of My Big Fat Greek Wedding.

Thanks to Pelican Books and NetGalley for providing a free ebook for review.
Read more
Helpful
Report abuse

Melissa Parcel
3.0 out of 5 stars Cute romance, fantastic setting
Reviewed in the United States on May 7, 2018
This was a cute book--quite out of the box, but overall a good story. I had a difficult time following it on occasion, there's a lot of action and it kind of kept my head spinning with how fast everything was moving. But that's actually a fairly good thing, because otherwise you might get bogged down.
The romance is sweet, although it took me a long time to warm up to Jacqueline (the Jack/Jacqueline thing got old very quickly and didn't endear me to either character involved with that). She almost seems like a caricature of a person at times, it's a little unbelievable that someone would think that a survey could determine their whole life when supposedly they were trusting God--but I suppose that was the point. Jacqueline does come to trust in God's guidance and that is when I began to connect with her (when she became more of a real person).
Overall, there's a lot of great humor and the gorgeously described Greek setting made me want to pick up and visit.
Thanks to the author for the complimentary review copy, all opinions are my own.
Read more
Helpful
Report abuse

Michelle Castaneda
3.0 out of 5 stars Fun Summer Read
Reviewed in the United States on May 28, 2018
Athens Ambuscade by Kristen Joy Wilks is a sweet novel set in Greece. Jacqueline is used to being a fashion designer. But now, her grandmother has passed away and has sent her on a quest to complete a list of things to keep her inheritance. The worst of it-- stuffing her grandmother's cat! This is the beginning of a host of events that propel this book's plot along. This is a cute novel that would be a great summer read. I think it would be especially great to read on a trip to Greece. I received a digital copy of this book from the publisher. These opinions are entirely my own.
Read more
Helpful
Report abuse

jbdancer
4.0 out of 5 stars Fast paced fun and wacky read
Reviewed in the United States on March 2, 2019
I read this in one sitting. Couldn’t put it down. It was so wacky yet believable at the same time. It gave a good feel for Greece and the mystery kept it moving. I also liked how the bits about God woven into the story in a real way that also coincided with what was happening. It all flowed really well. I’d recommend this to anyone cuz it was a fun and quick read.
Read more
Helpful
Report abuse

Jennifer Dyer
5.0 out of 5 stars Fun, cute read!
Reviewed in the United States on May 5, 2017
I had such a good time reading this lighthearted, fun romance with an edge of suspense. It's a cute, quirky set-up that makes you laugh out loud and crave baklava. I enjoyed the details of Greece and the setting of Yaya's little house. So cute. A mountain man taxidermist and an uptight wedding dress designer have to save the city from ... (no spoilers). If you need an uplifting, fun read, definitely check this one out!
Read more
Helpful
Report abuse

StelT
4.0 out of 5 stars Fun quick read!
Reviewed in the United States on March 9, 2018
I enjoyed this fast paced read with wonderful descriptions of the landscapes and strange organization and detailed lists Jacqueline creates to keep her on track in order to fulfill her Ya-Ya’s demands in her final will.

Thank you to Netgalley for the opportunity to read and review an ARC of this book and I am providing my honest review.
Read more
Helpful
Report abuse

Paula Michelle Mowery
5.0 out of 5 stars A Delightful Read
Reviewed in the United States on February 3, 2018
Wilks delivers a great read with moments of chuckling mixed with a little breath-holding. Characters are well developed and able to relate to. The setting is an intriguing backdrop to the never-stop plot. A delightful read.
Read more
Helpful
Report abuse

Leonard Bundy
5.0 out of 5 stars Five Stars
Reviewed in the United States on May 24, 2017
The author's creativity is a wonderful experience and the journey the reader is drawn into is absolutely fantastic!
Read more
Helpful
Report abuse
See all reviews
Back to top
Get to Know Us
Make Money with Us
Amazon Payment Products
Let Us Help You
EnglishChoose a language for shopping. United StatesChoose a country/region for shopping.
© 1996-2021, Amazon.com, Inc. or its affiliates