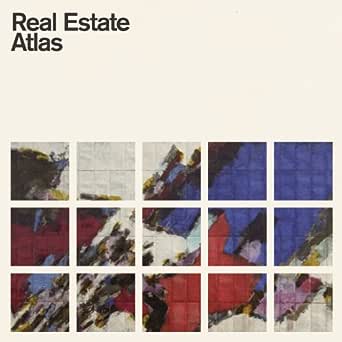 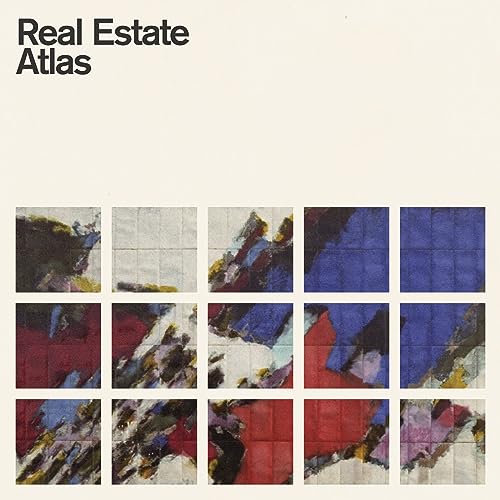 Real Estate
4.5 out of 5 stars 145 ratings
See all 8 formats and editions Hide other formats and editions
Buy the CD album for $13.68 and get the MP3 version for FREE.&nbspCD album ships from and sold by Amazon.com. Terms and Conditions. Does not apply to gift orders. Complete your purchase of the CD album to save the MP3 version to your Music Library.

4.5 out of 5 stars
4.5 out of 5
145 global ratings
How are ratings calculated?
To calculate the overall star rating and percentage breakdown by star, we don’t use a simple average. Instead, our system considers things like how recent a review is and if the reviewer bought the item on Amazon. It also analyzes reviews to verify trustworthiness.
Top reviews

hemmster
5.0 out of 5 stars Real Estate at their best
Reviewed in the United States on January 10, 2015
Verified Purchase
Where do I begin with this album...It is one of the most shockingly great albums I've stumbled upon. The sound of this album compared to Real Estate's previous efforts shows a heightening level of musicianship. It's clear in this album that the band is coming together more and more with each album and this album hits the nail on the head with what makes a great album. It's consistent, natural, smooth, precise, nostalgic, emotive and so sincere. There are so many beautiful subtleties within 'Atlas' that allow for repeated listens. I love this album so much. Play this album any time you wish to feel calm and enjoy your surroundings. It's such a gem.
Read more
7 people found this helpful
Helpful
Comment Report abuse

Dr. M. Ghotbi
5.0 out of 5 stars Creative Apex
Reviewed in the United States on April 7, 2014
Verified Purchase
Bands usually have a creative arc, starting tentatively and building confidence until reaching a creative climax. Real Estate is following that path. Showing great promise on Days with moments of shear genius like "Green Aisles", they've finally put it all together on their third record, Atlas. A casual listen might lead you to think this to be background music, but the songs are deceptive in their simplicity. Highlights include the opening song "Had to Hear", the incredibly catchy "Crime" and the closing "Navigator", but it's hard to find a song you won't want to put on repeat for an hour. Beautiful and captivating.
Read more
8 people found this helpful
Helpful
Comment Report abuse

Charles Sikkenga
4.0 out of 5 stars Excellent breezy guitar pop
Reviewed in the United States on April 25, 2014
Verified Purchase
Although Real Estate's music exists squarely in the here and now, its jangly rhythm guitars and mellowish, conversational vocals harken back to the golden age of naval gazing UK pop--the sort of stuff that labels like Postcard and bands like The Field Mice did so well. What sets "Atlas" apart are the well-crafted melodies and an endless supply of really great if understated lead guitar lines that shimmer and shine and bubble like a stream gently but quickly flowing over rocks on a sunny spring day. The result is a nearly-perfect late-spring, early summer record.
Read more
4 people found this helpful
Helpful
Comment Report abuse

Jackie
5.0 out of 5 stars Great CD
Reviewed in the United States on April 7, 2014
Verified Purchase
If you close your eyes and listen to this cd it makes you think of throwing the windows open on the first nice day of spring. The warm sun, still a cool crisp bite to the air, a quiet breeze and birds singing...ok a little to dramatic? It is a wonderfully melodic and uplifting selection of music. If you are looking to "rock out" look elsewhere, if you want something easy to listen to while relaxing, working, or running this may be the one you're looking for. Enjoy!
Read more
5 people found this helpful
Helpful
Comment Report abuse

Rafael
5.0 out of 5 stars Quality pressing and great music
Reviewed in the United States on June 23, 2017
Verified Purchase
You can't go wrong with Real Estate, the album is a delight to listen to and the quality of the pressing I received is outstanding.
Read more
2 people found this helpful
Helpful
Comment Report abuse

Alex
4.0 out of 5 stars Days or Atlas?
Reviewed in the United States on May 12, 2014
Verified Purchase
This album is fantastic. We certainly have not seen the beginning of the end of Real Estate, though I personally believe that Days was a better album as a whole. Wonder Years is one of my absolute favorite songs (though incidentally was not very good live), but there is some gold on this album as well. Talking Backwards, being the teaser single, will certainly be stuck in your head all day!
Read more
2 people found this helpful
Helpful
Comment Report abuse
See all reviews

Mr. T. Hopwood-jackson
5.0 out of 5 stars Chases the blues away
Reviewed in the United Kingdom on August 11, 2018
Verified Purchase
According to Amazon, I purchased this item on 15 October 2014, after presumably hearing an album track on 6 Music. The track must have been "Primitive" because that was the one that shone out from the rest which, on first hearing, didn't sound that good. However, the CD went missing or I thought I had given it away or something, then I found it again in late 2016 and though I haven't played the whole album, that one track "Primitive", now as then, had me hooked, more so and I have played it at least once a day since then, sometimes on repeat, for as soon as I hear that opening riff and its repeats, I'm in such a cheerful mood and it chases the blues away. The vocals too are perfect for the riff, as is the minimal backing - which put me off at first in 2014 - now I always start my day off with this track and that riff. I have now bought the previous album "Days" (similar), but not the latest "In Mind"; the jury's still out on that one. I suppose I'll listen to the whole album one day, but for now "Primitive" and its riffs will keep me happy for ages yet. Yep, 5 out of 5 even for one track!
Read more
One person found this helpful
Report abuse

Tee Double You Bee Esq
5.0 out of 5 stars The Definition of 'Laid Back'
Reviewed in the United Kingdom on July 14, 2014
Verified Purchase
It's a great shame that this came out around the same time as The War On Drugs 'Lost In The Dream' because, buying them together and with 'Atlas' being a more subtle beast, it didn't get a look in for a long while on my CD player.
While it doesn't have some of the amazing hooks present on the self-titled debut and even better 'Days', it has a beautiful, dreamlike flow that just takes you away on a bright summer's day. It's the very definition of laid back but not in a stoned, aimless way. As is their modus operandi, the band find a groove/melody and lock onto it in a mesmeric fashion - you just need to give yourself to the music, the universal lyrics and drift...
Highlights for me are 'Talking Backwards' and closer 'Navigator' but it's probably best to enjoy as a delicately shifting suite of chiming Anglophilic indie-jangle beamed in from the late 80s/early 90s.
Another winning summer soundtrack from the ironically tight ensemble who deal with looseness.