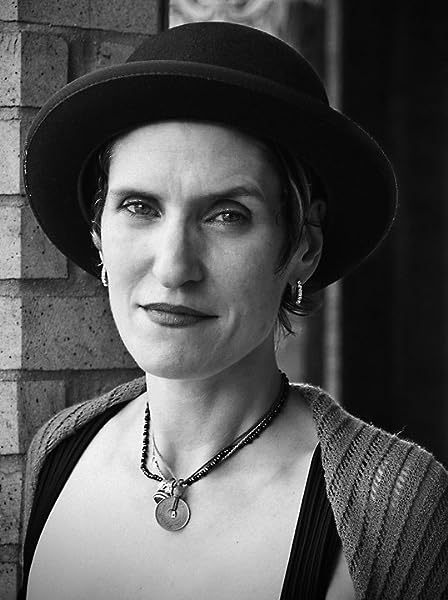 The Atomic Weight of Secrets or The Arrival of the Mysterious Men in Black (The Young Inventors Guild Series) Hardcover – March 1, 2011

Simply brilliant. --P.B.Kerr, author of the Children of the Lamp series and other Young Adult bestsellers

I love this book and if a movie is made of it, it will be awesome, too. I love it because it seems so real. It's the perfect book for a summer holiday. I'm sure everyone who buys this book will laugh and enjoy it as much as I did. If I was rating this book, I'd give it the highest rank you could. --Hamish Newall, Age 9, Great Britain

Eden Unger Bowditch s The Atomic Weight of Secrets truly captures the voices of young people. It presents the characters as children, yet, through their shared experiences and, in some ways, because they must raise themselves, they mature beyond the years of normal children of that age. A nice balance was struck between these two. My favorite character was Faye. I guess it's because I am the father of two daughters, so I could identify with her best. Plus, the initial part of the book, when she was separated from her parents, was very powerful. The fear and the confusion the author captured here was overwhelming to me. That part of the book struck an emotive chord partly because I was identifying Faye s fear with that of my own girls if they were in a similar situation. It was frightening, quite frankly. The Atomic Weight of Secrets is a very special creation. It and the rest of the series will undoubtedly capture audiences of readers both young and old. An imaginative plot full of intrigue and mystery, characters that Middle School kids can relate to, plus the science and invention elements, will appeal to a whole subset of young readers. --Andrew Ferguson, Middle School Assistant Principal, Cairo American College

In 1903, five truly brilliant young inventors, the children of the world's most important scientists, went about their lives and their work as they always had. But all that changed the day the men in black arrived. They arrived to take twelve-year-old Jasper Modest and his six-year-old sister, Lucyhe with his remarkable creations and she with her perfect memoryfrom their London, England home to a place across the ocean they'd never seen before. They arrived to take nine-year-old Wallace Banneker, last in a long line of Africa-descended scientists, from his chemistry, his father, and his New York home to a life he'd never imagined. Twelve-year-old Noah Canto-Sagas, already missing his world-famous and beloved mother, was taken from Toronto, Canada, carrying only his clothes, his violin, and his remarkable mind. And thirteen-year-old Faye Vigyanveta, the genius daughter of India's wealthiest and most accomplished scientists, was removed by force from her life of luxury. From all across the world, they've been taken to mysterious Sole Manner Farm, and a beautiful but isolated schoolhouse in Dayton, Ohio, without a word from their parents as to why. Not even the wonderful schoolteacher they find there, Miss Brett, can explain it. She can give them love and care, but she can't give them answers. Things only get stranger from there. What is the book with no pages Jasper and Lucy find in their mother's underwear drawer, and why do the men in black want it so badly? How is it all the children have been taught the same bizarre poemand yet no other rhymes or stories their entire lives? And why haven't their parents tried to contact them? Whatever the reasons, to brash, impetuous Faye, the situation is clear: They and their parents have been kidnapped by these terrible men in black, and the only way they're going to escape and rescue their parents is by completing the invention they didn't even know they were all working onan invention that will change the world forever. But what if the men in black aren't trying to harm the children? What if they're trying to protect them? And if they're trying to protect themfrom what? An amazing story about the wonders of science and the still greater wonders of friendship, The Atomic Weight of Secrets or The Mysterious Men in Black, the first book of the Young Inventors Guild trilogy, is a truly original novel. Young readers will forever treasure Eden Unger Bowditch's funny, inventive, poignant, and wonderfully fun fiction debut.