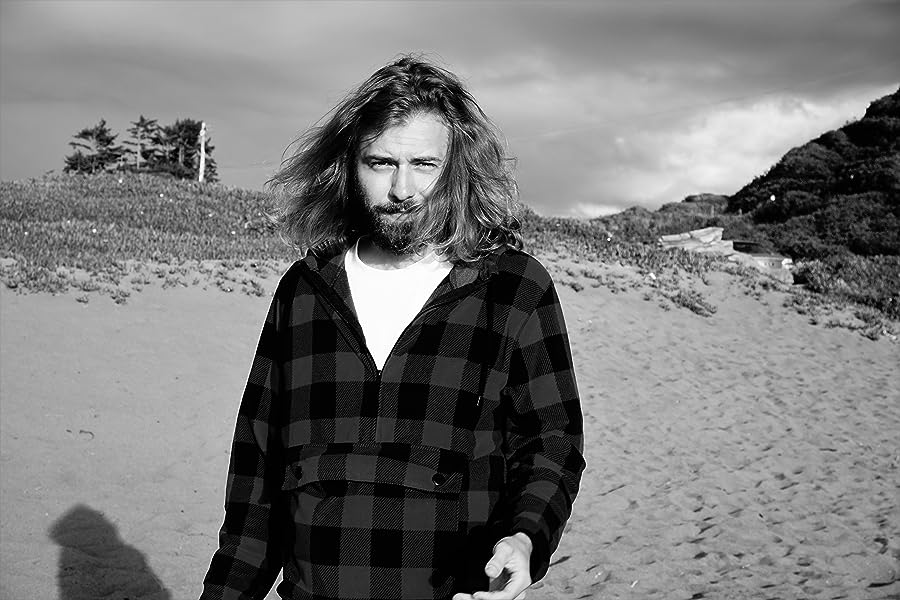 by Jackson Burgess (Author)
5.0 out of 5 stars 7 ratings
See all formats and editions
Sorry, there was a problem loading this page. Try again.
Read more Read less
Previous page
Next page

“Jackson Burgess is the most dazzling, urgently urban and unfailingly inventive young chronicler of lost highways and avenues of broken dreams since the early poems of Denis Johnson and the ballads of Tom Waits.” –David St. John, Chancellor of the Academy of American Poets

“Atrophy pulses with love, vodka, and the despair of things lost and things found…I want to gift Atrophy to every human I’ve ever met.” –Ruth Madievsky, author of Emergency Brake

Jackson Burgess is the author of Atrophy (Write Bloody Publishing, 2018) and the chapbook Pocket Full of Glass, winner of the 2014 Clockwise Competition (Tebot Bach, 2017). He is a graduate of the Iowa Writers' Workshop and the University of Southern California, and his poetry and fiction have appeared in The Los Angeles Review, The Cincinnati Review, Rattle, The Cimarron Review, The Colorado Review, and elsewhere. He has led workshops at the University of Iowa, Los Angeles Southwest College, and the St. Vincent de Paul Cardinal Manning Center on Skid Row. Jackson lives in Los Angeles, where he works as an editor and educator.

Excerpt from "Essay on Tornados":

...Listen when I tell you

something I needed to be told: there is nothing beautiful

about surviving the end times and watching highlight reels

to reminisce. God's the saddest guy in the bar because he remembers what every key on his chain

has locked.
Read more
Tell the Publisher!
I'd like to read this book on Kindle

Chelsee
5.0 out of 5 stars These poems are sad but also hopeful
Reviewed in the United States on October 2, 2018
Verified Purchase
While the poems in this book are often sad, prodding at dark feelings, there is also a certain hopefulness to them. Hopeful because the subject(s) of these poems keep going, even through heartbreak and lost friends and a few too many blackouts.
Read more
Helpful
Report abuse

Elizabeth Shine
5.0 out of 5 stars Narrative, lyrical--lovely!
Reviewed in the United States on October 24, 2018
There’s a narrative here. The poems are connected by recurring images, such as “bathtub”, “hospital”, and “avocado”. To name a few. The story goes nowhere because it takes time to go anywhere after a break-up, especially when the magnitude of the love outsizes the self. Like any good narrative, it’s more complex than that. The story is also about a young man coping and even trying to grow, in spite of pain. The poems in Atrophy are really lovely in the poem sense of the word. They are real and gritty, not sugar-coated, but they are also lyrical. Burgess, like all good poets, uses words to access metaphoric dreamscapes that may not be logical but always make sense. He moves so deftly between metaphor and moments of real and to me that seemed to mimic the way the first-person speaker is trying to make sense of what sometimes is a senseless world.
Read more
Helpful
Report abuse

Truman
5.0 out of 5 stars Worth more than $15
Reviewed in the United States on February 17, 2020
We live in an age where people think they don’t have time for poetry. Maybe they think they get their verbal dosage from hip-hop, pop, or soul. Maybe they think poetry has lost its utility. Or maybe people are just too lazy to read it (I’m that kinda guy). Whatever your problem with poetry is, Jackson’s “Atrophy” will dissect it, chop it into pieces and burn it. “Atrophy” lives up to its namesake. Jackson’s poems cut away the arbitrary crap from modern life, using the left over scraps for triumphantly authentic, bone-rattling, streamlined emotions. You can hear the heart of modern society’s grand regrets and shortcomings in every teardrop of verse. This book is worth a whole lot more than $15...you could spend semester after semester of literary analysis class and STILL have more treasure-brimming caverns to explore.
Read more
Helpful
Report abuse

Ruth Madievsky
5.0 out of 5 stars I want to give this book to every human I’ve ever met
Reviewed in the United States on October 15, 2018
ATROPHY is at once the most tender, tragic, and hilarious book of poems I’ve ever read. These poems pulse with love, vodka, and the despair of things lost and things found. ATROPHY conveys so intimately what it means to be alive and in love, both the ghost and the haunting.
Read more
Helpful
Report abuse

Amazon Customer
5.0 out of 5 stars Moving and memorable
Reviewed in the United States on January 3, 2019
Haunting, moving and real, this work is heartbreaking in an aching and familiar, lake-dredging way, as if I sat down with the ghost of Dylan Thomas and we talked and laughed about our greatest sorrows. Jackson Burgess is a writer to watch. —Jill Wellock
Read more
Helpful
Report abuse

Kelsey Gilchriest
5.0 out of 5 stars Atrophy will break your heart in the best way
Reviewed in the United States on October 4, 2018
I know this is only the beginning of Jackson Burgess' career. His poems stir something in the reader; perhaps because of the way they relate to their audience, because of the accessibility of each poem, or maybe just perhaps because of the intense vulnerability of the poet. Either way, Atrophy is a must-read.
Read more
Helpful
Report abuse

Grace
5.0 out of 5 stars Raw, Powerful, Unpretentious
Reviewed in the United States on January 21, 2019
It's hard to find a collection of poetry that can speak so refreshingly, accessibly and with agonizing honesty about the world. Atrophy is remarkable and Burgess is clearly a talent to watch.
Read more
Helpful
Report abuse
See all reviews
Back to top
Get to Know Us
Make Money with Us
Amazon Payment Products
Let Us Help You
EnglishChoose a language for shopping. United StatesChoose a country/region for shopping.
© 1996-2021, Amazon.com, Inc. or its affiliates