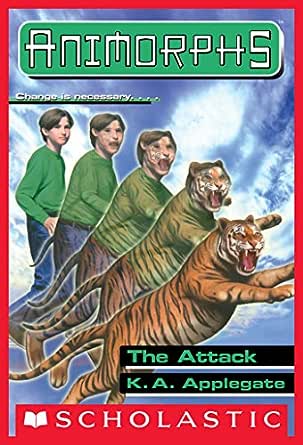 You've subscribed to Animorphs! We will preorder your items within 24 hours of when they become available. When new books are released, we'll charge your default payment method for the lowest price available during the pre-order period.
Update your device or payment method, cancel individual pre-orders or your subscription at
Your Memberships & Subscriptions 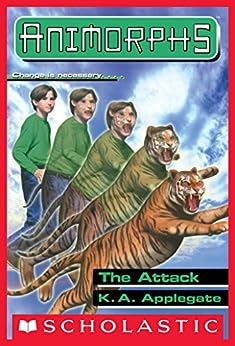 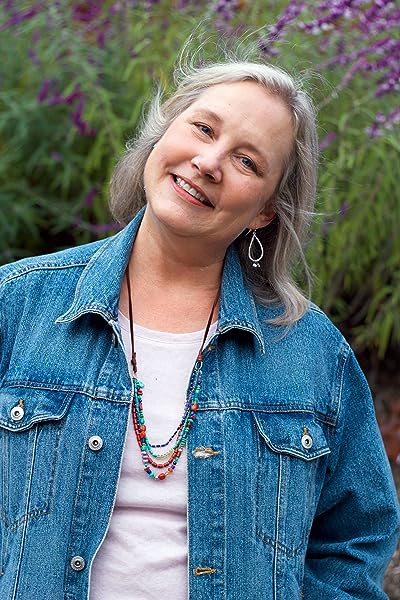 An Amazon Book with Buzz: "The Four Winds" by Kristin Hannah
"A timely novel highlighting the worth and delicate nature of Nature itself." -Delia Owens Learn more
click to open popover
Books In This Series (54 Books)
Complete Series 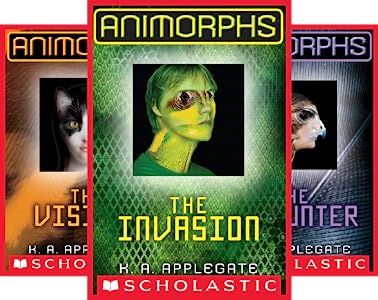 4.2 out of 5 stars
4.2 out of 5
37 global ratings
How are ratings calculated?
To calculate the overall star rating and percentage breakdown by star, we don’t use a simple average. Instead, our system considers things like how recent a review is and if the reviewer bought the item on Amazon. It also analyzes reviews to verify trustworthiness.
Top reviews

Stanley Fritz
5.0 out of 5 stars Nice little way to turn the brain off
Reviewed in the United States on November 1, 2019
Verified Purchase
I used to be obsessed with these books as a kid. I opened this up on my commute to work as a way to read something easy and light. It still holds
Read more
Helpful
Report abuse

Amazon Customer
5.0 out of 5 stars My favorite book in the series
Reviewed in the United States on March 14, 2019
Verified Purchase
I've re-read this series multiple times and I can say hand's down that this book is the best of the best
Read more
Helpful
Report abuse

Joanne Patterson
5.0 out of 5 stars Great Series
Reviewed in the United States on March 19, 2014
Verified Purchase
Recollecting the entire series after loosing mine to a Flood. Received this one in great condition. Highly recommend this Sci-Fi series to anyone. Age appropriate for Jr High and above.
Read more
Helpful
Report abuse

Aqualover
5.0 out of 5 stars Thoroughly Enjoyed
Reviewed in the United States on July 22, 2013
Verified Purchase
My son and I read these books and we both find them exhilarating! These books make you want to buy more and more!
Read more
Helpful
Report abuse

Swank IvyTop Contributor: Steven Universe (TV Show)
5.0 out of 5 stars Animorphs #26 (with nerdy analysis!)
Reviewed in the United States on August 6, 2014
Oh, you thought this battle was already epic? How about when the Animorphs get pulled in as the players in a grand-scale gambling game, fighting for a nigh-omnipotent creature named the Ellimist?

26 was awesome. The Animorphs (fighting for the Ellimist) have to fight the Howlers (who are on Crayak's side). In a completely unfamiliar environment. Without understanding of their motivation. Gosh, like they don't already have enough to worry about.

This book opens with a prologue--not the usual fare for Animorphs--and makes reference to the events of a previous book, when Jake was infested with a Yeerk. He remembers that after the Yeerk died, he saw a vision of a creature with a red eye that could see him. Way back when that happened, readers had no context to understand who/what was looking at him, but in this book we finally get to find out what that was all about.

The Iskoort race is introduced in this book. They communicate through thought-speak like the Andalites, but have a honking/wheezing ability for vocalizing, which comes from their stomachs. They are very pushy, like alien salespeople, wanting to sell or receive services without a care for whether the targeted party is interested.

Not that it's impossible, of course, but it's odd that of all the people to lose balance and be knocked off a platform, it'd be Rachel, who's a gymnast and has experience balancing on various gymnastic equipment.

The Howlers are introduced part-way through the book; though they've been mentioned before as the executioners of the Pemalite race, they've never been described until this book. The narration describes them as being on the large side of man-sized, formed out of a black lava-looking substance with red cracks, having blue eyes, and having a rotating mid-section and human-like hands with a set of wrist claws above them. They regenerate limbs and have a powerful howl that can paralyze victims. They also carry a lot of weapons, and--unbeknownst to most--have an extremely carefree, happy disposition, not entirely unlike the Pemalites. Making war is a game to them, and they're all children.

Cassie is unusually cynical and pessimistic in this book, though she's still very caring and empathetic. Jake's narration comments on how unusual this is several times.

This is also the book in which Jake and Cassie have their first kiss. Rachel's response is, "It's about time."

A thought-speak tag failed to close during a conversation shortly after Jake morphed a Howler.

The other races that the Howlers had destroyed up to that point besides the Pemalites were called Graffen's Children, Mashtimee, Pon, and Nostnavay. They will also be attacking the Sharf Den in the future.

a customer
5.0 out of 5 stars Stands out
Reviewed in the United States on March 27, 2013
This book stands out in the series.

The Howlers and the Iskort are intriguing species.

The Iskoort are actually 2 species Isk and Yoort. Yoort are a species that live on kandrona rays, just like the Yeerks. Once they were a conquering parasitic people same as the Yeerks, however they found a more long term solution than conquest. The Isk are an engineered species, and the Yoort modified their own bodies also. The Yort could not live in any species but Isk after that, and the Isk could not live without the Yoort either. The Parasites turned themselves into symbiots, chose their own evolution.

The Howlers were even more intriguing. They had destroyed countless species. They had been engineered to be killing machines. Soldiers created to do nothing but destroy and kill. They carried an entire arsenal, and had senses beyond anything found on Earth. They also had a collective memory. The experiences of one were shared by the entire species.

The Howlers seemed like the Ultimate Predator, or pure evil. Then when Jake morphed one, and experienced the collective mind, it was revealed how inaccurate that assessment was. Their creator had been more subtle, and devious than that. The Howlers only had a life span of a few years, and were kept in a completely innocent, child like, state. They didn't understand what they were doing. All the slaughtering and destruction was no more real to them, than a video game is to a human child. They had no idea of the pain and damage they were causing.

The animorphs had to save the Iskoort, because there was a chance that eventually the Yoort and Yeerks would meet. That their mortal enemies would eventually find a better way. They defeated the Howlers by showing them the truth, made them understand what they were doing.
Read more
One person found this helpful
Helpful
Report abuse

Alexicon
5.0 out of 5 stars Clever Solutions
Reviewed in the United States on March 22, 2005
This is one of my favorite books of the entire series. K.A. Applegate throws another curveball with this book with an ingenious resolution. In this Jake book, the Animorphs and Erek take on seven Howlers (the vicious aliens who destroyed the Pemalites) as the chosen champions for the Ellimist and Crayak. Jake has seen the Crayak before, way back in #6 when the Yeerk died in his head. The Animorphs and Erek must defeat the seven Howlers to decide the fate of the Iskoort species, an amusing, unsymmetrical guild and merchant species. While on the planet, the Animorphs learn why the Iskoort are so important and how their survival can affect the war with the Yeerks.

This book differs from the others in the series in the respect that the Animorphs must devise a tactical solution to win. Brute force, the old standby, is ruled out almost immediately. Jake demonstrates his abilities as a competent leader and astute thinker in this book, further establishing his tremendous character growth. The Crayak has some sort of predisposed grudge against him (Jake's solution at the end of the book does not endear him to the Crayak either). He faces imminent danger in a strange world, where a wrong command means death. He has to handle Ax's own crisis, while also doing his best to use Erek's unique abilities and handicaps. All these elements, and Jake's ability to pull through, make for a great book. Besides the fact that Jake and Cassie finally get a kiss! About time!
Read more
2 people found this helpful
Helpful
Report abuse
See all reviews

Cliente Amazon
1.0 out of 5 stars Still waiting.
Reviewed in the United Kingdom on October 10, 2016
Verified Purchase
Probably the book is good, but we will never know, we're still waiting.
Read more
Report abuse