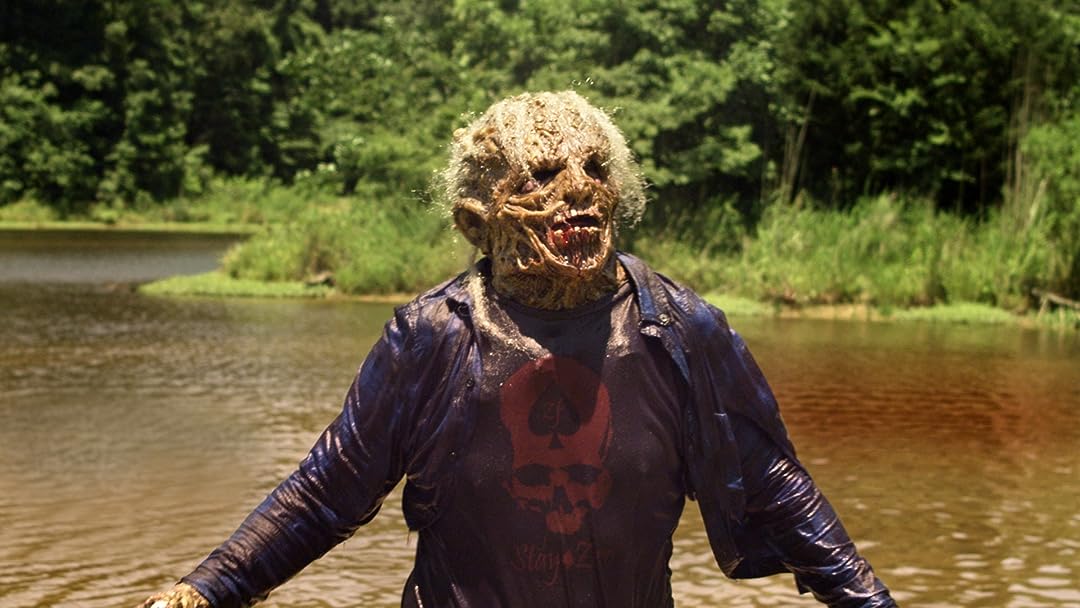 Attack of the Southern Fried Zombies

(96)
4.11 h 23 min2018X-RayUHD18+
Lonnie, a crop duster pilot, must lead a mismatched group of survivors to escape the deadly zombie horde after an experimental chemical, intended to control the invasive kudzu vine, transforms the citizens of Charleston, MS into zombies.

Lorelei HickmanReviewed in the United States on May 7, 2022
4.0 out of 5 stars
Give It A Chance
Verified purchase
This is the kind of ultra-low budget movie that makes me wish the filmmakers had more money to work with because it would be interesting to see what they could do with it, since they did such an admirable job with what resources they did have. This cast and crew are clearly more talented than can be commonly found working in this genre and at this level of funding. The acting is solid for the most part and the visual effects were better overall than I expected. Yes, there's some cheap-looking CGI, but I could overlook that. I was entertained and would probably watch this again.

johnfReviewed in the United States on October 20, 2019
2.0 out of 5 stars
Almost worth watching
Verified purchase
Another low-budget zombie movie. What can I say? After seeing scores of them that’s really all that’s left for a zombie fan and the only question is, “How bad is it?” The sad truth is that “Pretty bad but not horrible” is a fairly good rating for this type of fare. That’s what this is, but let me warn you that I must have been in an easy-going mood because I’m sure some people will find this film terrible.

The basics: This is mostly a zombie comedy. There are a few moments where it gets serious but not enough to make it a true zombie movie. It’s never scary or tense and you couldn’t care less who’s being killed. Despite gore and lots of deaths, it’s really an excuse for jokes and set-ups. The zombies are fast more-or-less and are the kind who mysteriously vanish when the cast gets together to talk something over.

The humor is basic and much of it is dumb. It’s set in Mississippi, so a lot of it is humor about the South. It was actually filmed in Mississippi using local actors and extras but somehow this doesn’t add anything. The acting is average and there’s no real sense of terror. They just say their lines. Only Escalante Lundy as the “Meat Pie King” seems like an authentic character.

The production team has some movie experience, so this film looks like a low-budget film and not like something someone shot on their phone. The cinematography and camera work are okay but no more than that. The script is uneven in mood. It starts out like it will be a horror-based zombie film but zig-zags all over the place after that. The dialog is poor and no one acts like real people would. Some plot developments get dropped or else were cut.

The film was directed by a director who is usually a special effects supervisor. Even then the effects aren’t that good, though mostly that’s because of the small budget. The direction is uneven and the pacing is off. Scenes get held too long to fit in a joke that isn’t that funny anyway.

The film is just barely above the kind I stop and delete from my Watchlist. But some effort went into this and on a slow night it might be worth watching.

EinsatzReviewed in the United States on November 7, 2019
3.0 out of 5 stars
First and foremost, never steal drugs from a zombie.
Verified purchase
This standard zombie flick works to be a comedy and sometimes it’s almost funny. As the genre goes, it isn’t very inventive, relying on the typical and the expected. One zombie bites someone and then there’s two, three, the whole town… It’s up to a few survivors to join forces and escape the carnage. Naturally, they don’t all make it. The kill sequences, while plentiful, are all CGI and look animated. There’s also a pie rivalry to contend with, two scientists working in a hanger instead of a lab, and a triangle romance, of a sort. Eh. I was not impressed. But I didn’t hate it either. Eh. Again I say, eh.

LeoXReviewed in the United States on August 25, 2018
4.0 out of 5 stars
Grade B Zero Budget Cheap Effects..But Still Kinda Fun
Verified purchase
This movies flaws are myriad. That being said, you have to like a movie where it is clear that a bunch of the townfolk served as extras.There are also some nods and jokes (intentional or not) that I found amusing. For example (spoiler warning) if you hark back to Return of the Living Dead, the idea was a chemical called 2 4 5 Trioxin, originally intended to spray on marijuana, apparently caused the dead to return to life. In this movie, a chemical called "Quadoxin" is being used to spray on kudzu (ok, you know it is going to mutate the kudzu and turn people into zombies, right?). The project is headed by a German and Japanese scientist (how...WW2'ish) with the Japanese doctor's name "Fukushima" (again, nothing could go wrong, could it?). Let me reiterate, this movie has MAJOR issues, but for all that I rather enjoyed it and, sadly, it is one of the better "bad" zombie movies you might find.
7 people found this helpful

scary-artReviewed in the United States on July 18, 2018
3.0 out of 5 stars
Campy, beers help.
Verified purchase
Better than average. Most of these films with the clever titles fizzle out beyond the name. This was pretty decent. Beyond the Halloween mask zombie it was full of odd characters, and was fun enough that I wasn't watching the time stamp to see how much was left in it. At times it felt like they were shooting for Planet Terror at a Meat Pie cook off but because of budget restraints came off like a SyFy weekend movie.
T TaylorReviewed in the United States on February 5, 2019
5.0 out of 5 stars
Soooo bad it's good, "get to the chopper" the Asian doctor said.
Verified purchase
This movie is so bad, I died laughing so many times. My sides hurt. One of the few bad prime movies(which are abundant now) that I actually enjoyed for once. Ed is my favorite, and could actually act. Lonnie and the teen crowd were horrible lol. They overacted like those Japanese drama movies level. The movie is so nonsensical. The mayor was my second favorite character. I am kind of jealous, the cast looked like they had fun playing pretend with the guns. If you are a teen, this is the movie you enjoy party favors with and watch with friends to laugh nonstop. If you are anyone else, this will make you laugh. I am a movie buff & film critic, I had too much fun with this.

Karsten JacobsonReviewed in the United States on March 28, 2019
2.0 out of 5 stars
well... that was interesting
Verified purchase
The cinematography was mediocre and the cgi was awful. Most of the acting was extremely lacking and predictable. One random boob shot that was poorly placed and poorly executed. All that being said this was not the worst movie i have ever seen. Attempts were made at relating to other zombie flicks and that deserves some merit. I also really enjoyed the scene when the town mayor said that the cellphones were down. what? didn't the zombie out break just start? Less than a few hours ago? Definitely a laughable moment. I would give this film a c- at best.

SaraElleReviewed in the United States on May 17, 2018
3.0 out of 5 stars
Meh. *Shoulder Shrug*
Verified purchase
3 stars ONLY because I'm a huge zombie anything fan and this didnt meet my needs. I dont mind cheesy zombie movies at all, but I actually paid for this, so it stung a bit when it didnt meet my expectations. Sorry to those who loved it, cause I felt meh.
See all reviews
Back to top
Get to Know Us
Make Money with Us
Amazon Payment Products
Let Us Help You
EnglishChoose a language for shopping. United StatesChoose a country/region for shopping.
© 1996-2022, Amazon.com, Inc. or its affiliates