You've subscribed to Off-the-Wall-Proposal! We will preorder your items within 24 hours of when they become available. When new books are released, we'll charge your default payment method for the lowest price available during the pre-order period.
Update your device or payment method, cancel individual pre-orders or your subscription at
Your Memberships & Subscriptions
There was an error. We were unable to process your subscription due to an error. Please refresh and try again. 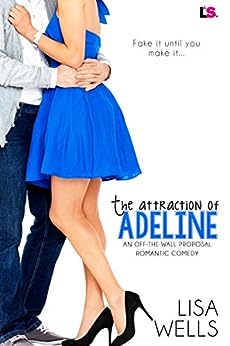 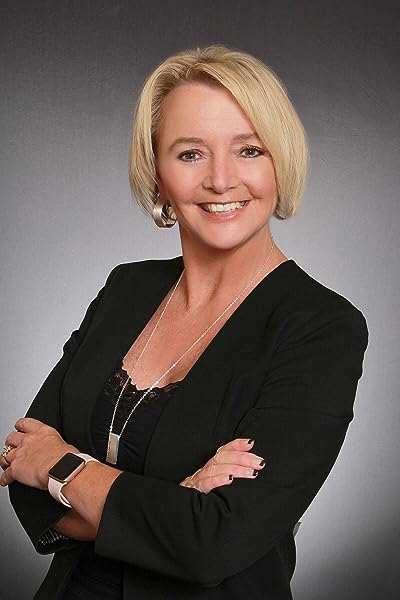 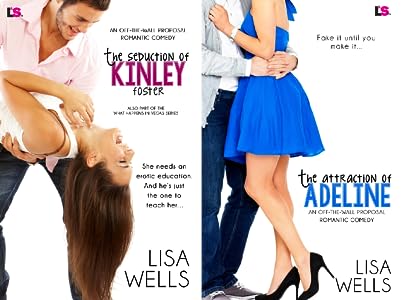 5 Stars: "Loved! This is a delicious novel about Jack, who desperately wants to become partner at his firm, and Adeline, an aspiring chef who longs to go to Paris to study... This is a fun book that is made me smile and keep turning the pages just as quickly as possible. Fans of the genre will love this book. I've added the author to my must read authors' list."

4 Stars: "What I thought was going to be just a light romantic comedy turned out to be that and so much more. This one has a deeper, more intricate back story that kept me reading to try and find out what was going on with Adeline...If you like a book that combines humor with sexiness and deep emotions, you should give this one a read. I am glad that I did!" - Heather P., Netgalley Review

5 Stars: "Craziness, sadness, and outright hilarity ensue between these two and make this an absolute gem of a book for me. I would definitely pick up another novel written by Lisa Wells in a heartbeat." - C. J. Butcher

5 Stars: "I absolutely loved this book. Adeline was such a hilarious woman...Jack made their arrangement so much sweeter and so very sexy." - Lori, Goodreads.com Review

5 Stars: "One of the most humorously entertaining stories I've read.Filled with sass,  attitude, love and lots of romance, you can't help but fall a bit in love with Jack and Adeline yourself." - Becky B., Goodreads.com review --This text refers to the paperback edition.

Deanna Saplin
5.0 out of 5 stars My heart hurts
Reviewed in the United States on May 7, 2019
Verified Purchase
Loved Adie and Jack's love story. The characters were so rich. I loved Adie's blurting problem, I kind of wish I had that problem every once in a while!
Read more
Helpful
Report abuse

Sharon
5.0 out of 5 stars Loved this author
Reviewed in the United States on April 13, 2017
Verified Purchase
This was such a sweet book and lovely story about love conquering all, even when both parties are resistant. This brings up the point that our growing up experiences often keep us from being all we want to be. They often keep us down and unrealistically sealed off from the good things in life. Always love a HEA.
Read more
Helpful
Report abuse

MarVeena Meek
5.0 out of 5 stars Ha Ha! Awesome fun;)
Reviewed in the United States on April 10, 2017
Verified Purchase
I love a book that is funny and sexy too! Lisa always delivers interesting characters that are fun to follow ! Thx for a delightful read :)
Read more
Helpful
Report abuse

Nissa @ Of Pens and Pages
3.0 out of 5 stars Overall it was an okay read.
Reviewed in the United States on April 10, 2017
Jack Foster needs a fake fiancée to get his promotion to partner in his auditing firm, and Adeline Rigby needs a place to stay and a French tutor for when she leaves to Paris and go to culinary school. It’s a perfect arrangement, as long as they follow the rules. Three kisses, no feelings, no sex.

I know this is a standalone, but Adeline’s best friend and Jack’s sister, Kinley, has her own book. I haven’t read it, so I felt a bit lost at the start of the book. But soon I got into things and was all good.

It was interesting to see their backstories and why they’re weary of being in romantic relationships, and their differences in personality. Jack is more open than Adeline and is the type of guy you’d fall in love with. He’s sweet, thoughtful, and a little swoon-worthy! I love how he is with his dog, Dexter! I’m not too sure about the fedora though. lol.

Adeline is outspoken but closed off. She retreats at emotional encounters because of what she’s experienced as a child, moving from one foster home to another. She also tends to speak without a filter, which sometimes makes her either funny or borderline rude.

Overall it was an okay read. I would have wanted more interaction for Jack and Adeline. It’s like they jumped into the fake engagement pool and immediately sunk in deep. I feel like we weren’t able to see much how they started from mere attraction to attraction with feelings. And I have to be honest. There were times when Adeline annoyed me. Other than that, I still enjoyed the story.

The Attraction of Adeline is the second standalone book in the Off-the-Wall Proposal series told in Adeline and Jack’s POVs. It has its share of sweet, sad, steamy, and funny moments, with a slobbering giant dog, cupcakes and pastries, and stripper poles. If you love the fake relationship trope and a quick light read, you might enjoy The Attraction of Adeline.
Read more
One person found this helpful
Helpful
Report abuse

Scarlett Ian
4.0 out of 5 stars Jack & Adeline - so steamy you'll need a glass of water
Reviewed in the United States on April 12, 2017
This was my first read by Lisa Wells. This book is actually the second in the series but it can be read as a standalone. That being said - I enjoyed this book so much I might go read the first one. If you have read the first book (The Seduction of Kinley Foster, you'll get to catch up a little bit with Kinley & Ian; but this story mainly focuses on Adeline & Jack - two people that have an agreement to 'be engaged' until Jack can make partner. How could that go wrong?

I really enjoy reading books that follow a fake relationship because for the most part they all end the same. But the journey to get to the end is different for each author that writes their take on the theme. It's always interesting to see who will want more first, who will say they want more first, and who will fall for the other first. In this book, the chemistry between the two is described so well that I felt like I could see it on the pages. I also liked that the book didn't completely focus on the romance between the two characters. They both have their reasons for wanting to be in this fake engagement, and the author showcases both of their personal struggles well. My heart hurt for the pain Adeline had to overcome with her foster mom's health battle. Neither Jack or Adeline's characters were quite what you expected, and even though there was plenty of humor and lightheartedness to the book, there were plenty of serious moments that will tug at your heart strings. I thought the pacing of the book was good and I couldn't put it down. I wish there was more to read!

Isha Coleman
4.0 out of 5 stars A firmly embedded memory that stays on the mind.
Reviewed in the United States on April 7, 2017
A firmly embedded memory that stays on the mind. Like learning the words to a favorite song or playing a tune out of time. Adie and Jack, bewitched my heart and proved be like a fine wine. The Attraction of Adeline is an emotional roller coaster ride. Adie has all the makings of a beautiful treasure, but her heart and spirit has been broken down by life. Lonely, heartbroken and never good enough, has taught her what it means to be tough. Until shelter from the storm arrives with a relationship of convenience. Jack shares a similar outlook with Adie. Betrayal has taught him to keep his heart on lock down and his head out of the clouds. With one look Adie has made him rethink that. Her shields seem impenetrable. Yet he wants to break them down. Her eyes are pools of heartache, in which he wants to drown. Her heart may be off limits, but his is down for the count. Alluring, heartbreaking and endearing, The Attraction of Adeline is a hauntingly sweet yet soulful journey of courageous hope.
Read more
One person found this helpful
Helpful
Report abuse
See all reviews