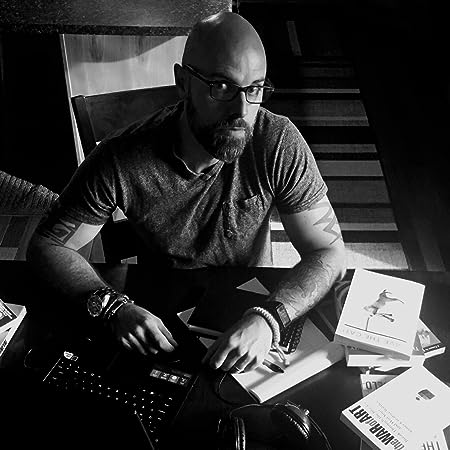 August Birch lives in Southwest Michigan with his wife and son. He weaves dark humor, unexpected plot twists, and a rural, blue-collar work ethic throughout his writing. August creates page-flipping thrillers, built to make you late for work and keep you well-past bedtime.

August started his writing career publishing a dozen non-fiction books under a pseudonym, but made his commitment to fiction at the young age of thirty-nine. When August isn’t trying to kill people in strange ways he shaves his head with a safety razor, carries a pocket knife, and drinks black coffee.

If you would like a FREE copy of August's thriller collection, Nine Pines, as well as five custom bookmarks, visit his website here: 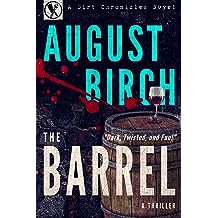 The Road to Hell is Uncorked-

SHAWN WANTS MORE FROM LIFE THAN DEATH in a tiny cubicle—shoehorned next to the office bathroom, with a boss who wants him gone. A chance encounter with a mysterious woman forces Shawn to make the career choice of his life. What starts as a lucrative job in wine sales tumbles down a dark rabbit hole of world travel, murder, madness, and mayhem.

With his one-eyed partner, Shawn is thrust underground where the typical constraints of laws and money no longer apply. Exotic locations, hazing rituals, and a cast of misfit handlers take Shawn on a twisted journey towards the highest bidder. Will Shawn close the sale before time runs out, or will he fall to the dark side as others did before him?

The Barrel is a gripping thriller that will force you behind the curtain, revealing a gritty underworld invisible to average citizens. With a brilliant blend of dark humor, danger, and suspense, The Barrel will make you late for dinner and miss your bedtime.

Scroll to the top. Order your copy of The Barrel, and start your page-turning joyride today.

Series notes: The Dirt Chronicles series can be read in any order. They are written as stand-alone novels. Each book follows one of the Seven Deadly Sins, or Seven Virtues. There will be at least fourteen books in all. The Barrel follows the theme of greed.

An Interview with August Birch:

How did you get started? “My journey isn’t a traditional one. I’ve written since I was a kid, but started my writing career with non-fiction and penned over a dozen books under a pseudonym. The world of fiction came later. I wrote more than two million words of non-fiction before I found my calling writing thrillers at age thirty-nine.”

Who are your influences? “My reading is very eclectic. When I was younger I read a lot of the Beats—Jack Kerouac, Allan Ginsburg, William Burroughs, and others. Lee Child, Michael Connelly, Raymond Chandler, and Craig Johnson all had a large influence on my writing style. I also appreciate dirty realism from authors like Charles Bukowski. I’m a real mutt when it comes to reading and I think those influences are a direct reflection in the way I write.”

Where do you get your ideas? “Ahh, the magic question. That’s kind of like asking where do leprechauns hide their gold. I get kernels of ideas from news stories, movies, and television. I write them down, let them percolate in my head, and the book ides usually come when I’m not forcing it—like when I'm walking the dog or taking a shower.”

How would you describe your writing style? “I’d say my style is choppy and conversational. I break a lot of grammar rules in order to paint the best picture I can. When people speak they say more with their behavior than they do with words. I try to reflect this in my dialogue. I try not to be pretentious with my word choices and I use as little description as possible. I put the reader to work.