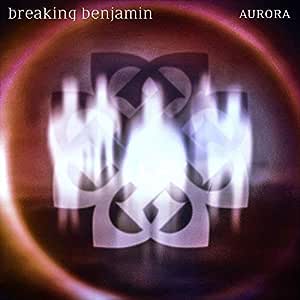 Go Unlimited
Start your 30-day free trial
Stream Aurora by Breaking Benjamin and tens of millions of other songs on all your devices with Amazon Music Unlimited. Exclusive discount for Prime members.
Sold by Amazon.com Services LLC. Additional taxes may apply. By placing your order, you agree to our Terms of Use.

Brett M. Vandeursen
5.0 out of 5 stars Must for fans, others listen first.
January 24, 2020
Format: VinylVerified Purchase
Maybe I'm biased? Maybe I'm hungry for different music? Maybe I'm just a huge benjamin fan?....this album has been a rollercoaster for me; at first I wasnt sold on it. Eh. Same songs, just redone in a different way. Ok. Gave it a listen, wasnt the best. Then I found myself singing the new versions of these songs (I'm looking at you Failure and Tourniquet). The new song is great addition but feels almost out place here with these reimagined acoustic catalog songs. I. Love. This. Album. Now. It's been on repeat all day on my 12 hour shift. This harkens to the older benjamin we all know and love. For me it's a must buy.

The vinyl is a quality release as is at this point I would expect nothing less from BB. I am no expert but this feels like 180gram goodness. Comes with a page of lyrics and a nice folding sleeve to boot.

For what it is this album it is already a 5/5 stars. For some people it may not be what they thought or are looking for, I love acoustic songs and find myself looking up harder stuff on youtube that has been stripped down and reimagined (think bad wolves meets fire from the gods). Fan of BB? Must buy. Non-fans or mainstream listeners? Maybe listen before buying.

TravelingAl
2.0 out of 5 stars No Punch , No Peak...Just Flat
January 31, 2020
Format: MP3 MusicVerified Purchase
Just a rehash of BB songs that now don't have any special cords/ peaks/ or pauses. The only thing that comes through are the voices ( good, I guess) and the drums. Oh, and the drums are 1 dimensional and are overly repetitive AGAIN- just like in Ember. It's like if Lifetime had a movie and wanted to add BB songs too it, but thought the originals were too much.
Hey try these concepts next time, cuz this isn't working.
1) Demos
2) Reanimation ( Linkin Park style) - Same BB songs, same bones to the song, but let a different producer create a "different" sound to it.
3) Instrumental - make sure you reduce the drums on the new songs.
4) Acoustic-solves the drum problem.

Harsh. Yes. But this is the second in as many BB albums that won't make the transfer to any other USB/SD card for playing. It'll stay safely on my phone.

These guys are the best live and look forward to REAL new stuff.

RTShadow
2.0 out of 5 stars Not really "acoustic" as the term implies, more like "Breaking Benjamin Lite"
February 8, 2020
Format: Audio CDVerified Purchase
I was pretty stoked when I heard a few months back that this album was in the works, ordered it pretty much right away when it was available. Then I played it...

This is NOT acoustic, at least, not the way acoustic is supposed to be. There is still electric guitar, synthesized instrumentation, etc. Add to that they added in orchestral accompaniment, similar to that of "No Leaf Clover" in Metallica, or some of the songs from the Def Leppard "Slang" album.

That I can deal with, however what I can't deal with is that the album sounds rushed. They didn't put a lot of time into creating good versions of the songs. The music is really flat in a lot of the songs, and in Dear Agony, while Lacey Sturm is one of my favorite female vocalists, her voice track was too loud, overpowering the rest of the song.

"Never Again" sounds like they are singing in a bathroom, and the percussion is just... off, doesn't sound right.

I could go on and on, cliff notes: Not acoustic, more like stripped down Breaking Benjamin, and the production of the songs is just cheap and not well done. Is the album worth buying? I believe so, I still like some of the songs, but while I'd give every one of their other albums 4 to 5 stars, not this one. It just isn't that good.

rcbrooks
4.0 out of 5 stars It's okay, not great
January 29, 2020
Format: Audio CDVerified Purchase
I love BB. Have for the last two decades. I was not impressed with this. I appreciate the change-up of some of their songs, but a few were super similar. I love, love the song with Gontier. Dance with the Devil is one of my top three favorites from BB, and I love the collaborative version. Dear Agony, not so much. I'm glad to have it, but I won't listen to this CD much compared to others.
Read more
One person found this helpful
Helpful
Comment Report abuse

C.R.
4.0 out of 5 stars Good, just not what I was expecting.
February 9, 2020
Format: Audio CDVerified Purchase
When I heard there was a new album, I jumped on it. I guess I should have checked it out first because once I was listening to it I kept thinking that I'd heard this song before, right? It took me three or four songs to really understand that this whole album is just "remixes",if you will, of old songs with guest singers. It's not that I don't like the songs, or didn't enjoy the album, it's just that I thought this was an album full of new songs and was excited for it only to be disappointed that it wasn't.
Read more
Helpful
Comment Report abuse

Johnathan Mevis
5.0 out of 5 stars Covers of their own songs are AWESOME
January 25, 2020
Format: MP3 MusicVerified Purchase
The best way I can describe this album is imagine if an artist did covers of their own songs and nailed every one. That's exactly what Breaking Benjamin have achieved with Aurora. I was worried that this was some form of "Greatest Hits" album being released yet again, and I was pleasantly surprised with the sound they achieved putting this together. Even more so, I couldn't believe that they found vocalists that manage to blend and accentuate Ben's voice. And the redo of Dear Agony featuring Lacey Sturm (formerly of Flyleaf)? Chills... goosebumps... and an urge to immediately replay it.
Excellent work. Definitely recommend.
Read more
One person found this helpful
Helpful
Comment Report abuse

Tyler Sprague
2.0 out of 5 stars Album: Excellent. Packaging: Shattered.
January 27, 2020
Format: Audio CDVerified Purchase
This is a rock solid album containing some of BB's best music. It was a great idea, since Benjamin Burnley is the only original band member still present, to reimagine a lot of their older work and solidify their new sound on their existing material. This would be getting a five-star rating if I had not opened my package to find glass shards throughout and the CD case cover flopping off of the backing.
Read more
Helpful
Comment Report abuse

tattooedgemini
5.0 out of 5 stars Amazing recording
January 24, 2020
Format: Audio CDVerified Purchase
Back in 2015 I saw Breaking Benjamin play a acoustic show in a small theater. It was an amazing show. I always wished the would would put out a disc of it. This CD is absolutely amazing. I got the MP3 rip when I came in from work and immediately put it on. Never expected it to be this good.
Read more
Helpful
Comment Report abuse
There are 23 customer reviews and 51 customer ratings.
See all 23 customer reviews
Write a customer review