The Austin Paradox (Miracle Man Book 2) and millions of other books are available for Amazon Kindle. Learn more 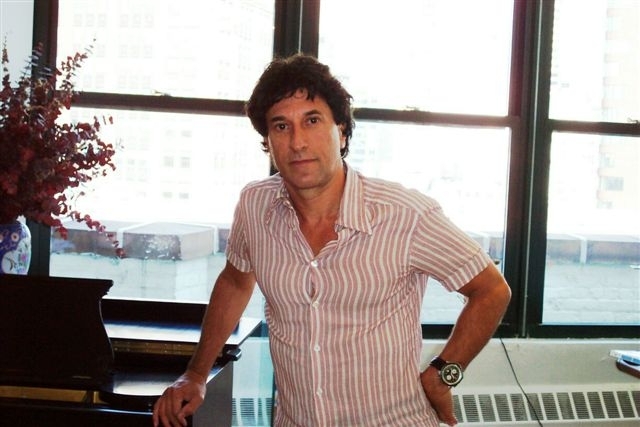 William R. Leibowitz practices law internationally and leads a somewhat peripatetic existence, preferring not to spend too much time in any one place.

Start reading The Austin Paradox (Miracle Man Book 2) on your Kindle in under a minute.

4.7 out of 5 stars
4.7 out of 5
92 global ratings
How are ratings calculated?
To calculate the overall star rating and percentage breakdown by star, we don’t use a simple average. Instead, our system considers things like how recent a review is and if the reviewer bought the item on Amazon. It also analyzes reviews to verify trustworthiness.
Top reviews

JMabie
5.0 out of 5 stars Even Better than The Miracle Man
Reviewed in the United States on July 9, 2019
Verified Purchase
Like my review of The Miracle Man, I will start with the cover of the book. The covers of the two books are essentially identical except for the title, though I liked it on the first book not sure if I love it for the second best. Part of me thinks it helpful since it catches your eye and you automatically identify the series it belongs to, but the other part of me feels it’s a bit like taking the easy way out on choosing a cover for the book.
No spoilers, but I will say that it would be best to read book one of the series before picking up this book. There’s just so much history in this series that I think it would be confusing, though not impossible, to pick up the second book as a standalone book. Also, I feel that the first book brings so much depth to the second book that it would be a shame to skip The Miracle Man.
Though not unheard of the second book in this series, The Austin Paradox, was even better than the first book, The Miracle Man. The few things that I wasn’t thrilled with in the first book weren’t a problem for me in the second book. The Austin Paradox is more polished, and the flow is more natural than the first book The Miracle Man.
Also, though the book doesn’t hit the ground running, it does do a good job picking up where the last book left off, which allowed for a smooth opening to the book, but it doesn’t take long for the book to take off. I like the character development and dialogue in this book better than the first one too, and again it was just a lot smoother and easier to read.
I can’t wait for William R. Leibowitz to publish another book. I think he’s a very talented author and I look forward to seeing what his imagination has in store for his next book.
Read more
2 people found this helpful
Helpful
Report abuse

Jose Popoff
VINE VOICE
5.0 out of 5 stars A pretty smart action sci fi thriller
Reviewed in the United States on August 3, 2019
Verified Purchase
Authors will always get me with sci fi. Some are really exciting, others are nice but not too compelling, others might even border ridiculous. But the Austing Paradox is something you have to read. One of the things that I always think about while reading a novel or a story is to think of all the details the author had to go through to come up with the complexity required.

This story has everything you could ask for. It is an exciting action-packed story that winds and unwinds and takes you in within a spiral of excitement, cringe, worry, and so many feelings. Here we have our genius, Robert James Austin, who's superpower has been blown in an explosion. He struggles to get his genius back while having to juggle with the government wanting to use him as a weapon and his nemesis trying to destroy him.

A constant page-turner, I know you will not be able to put this book down.
Read more
2 people found this helpful
Helpful
Report abuse

Ona
5.0 out of 5 stars Challenging Medical Mystery and International Intrigue
Reviewed in the United States on July 24, 2019
Verified Purchase
The Austin Paradox is an amazing sequel to Miracle Man. In this second book of the series, Robert faces disabilities, personal restoration and a world-wide epidemic that threatens the entire human race. William R. Leibowitz understands that if you have an over-powered protagonist, you must provide powerful antagonists and enemies. It is clear that he also sees that the greatest thing that threatens the human race is humans themselves. In this second book, Leibowitz' writing style has matured (it was good in the first book, in this one, it is better). He handles multiple streams of people, motives and situations very well so that the reader is never confused about who, where or what is going on. It is not possible to say too much about the plotline without creating spoilers for both books. Let it suffice that if you like tangled plots, international incidents, spies, counterspies, and medical mysteries, this is a book you do not want to miss.
Read more
One person found this helpful
Helpful
Report abuse

Shanell
4.0 out of 5 stars Highly recommend reading the first book before this one!
Reviewed in the United States on July 15, 2019
Verified Purchase
This is book two in the Miracle Man series. I found myself wishing I had read the first book first. I of course found this book first and just started reading it. Now reading this book instead of the first book first didn’t completely ruin the experience for me, but I do think I missed a lot of pieces by not reading them in order. I have since read the first book too and I will probably be going back and reading book two again before I read any further in the series just to make sure I have all the details. Aside from highly recommending reading the series in order this book was very well written and while it didn’t drag me in immediately, once I did get into it I was fully into it and didn’t want to stop reading! The characters are well written and the author really spent time building the story.
Read more
One person found this helpful
Helpful
Report abuse
See all reviews

Fiona Wilson
5.0 out of 5 stars Brilliant sequel
Reviewed in the United Kingdom on June 26, 2018
Verified Purchase
If I could give this book any more than 5 stars I most definitely would. I absolutely loved book one, still remember finishing it and almost being breathless. I was desperate to read more about the characters and even though I had to wait, it was well worth it.

The continuing saga in the life of Robert James Austin doesn’t start well for him, but it soon picks up pace. Once he finds his feet again there is no stopping him as he battles his ever worsening demons to find solutions for world problems.

The ending promises more to come and I am really excited to read more. As good as, if not better than, the first book.
Read more
Report abuse

Joanna E Johnson
5.0 out of 5 stars Good Series, great character
Reviewed in the United Kingdom on July 1, 2018
Verified Purchase
I started reading this but had to put it down and get the first one in the series because I felt I was missing out important back stories. I think The Austin Paradox could be read as a standalone novel but it is far more enjoyable read as a sequel and as the author clearly intended.

Hands down one of the best books I gave read this year. Brilliant [plot, tons of momentum to the story and lots of intrigue to keep the pages turning. Good Series, great character. A book I am happy to recommend.
Read more
Report abuse

Karen E. Proctor
5.0 out of 5 stars A real page turner
Reviewed in the United Kingdom on June 19, 2018
Verified Purchase
I seem to be echoing the views of other reviewers but yes I too looked forward to the release of this follow-up to Miracle Man and was definitely not disappointed. In fact I was thrilled to find the writing was equally as good as the first book. Full of intrigue and a superb plot I think this is what the critics call a real page-turner. Fingers crossed that the next release will be in the very near future.`
Read more
Report abuse
See all reviews