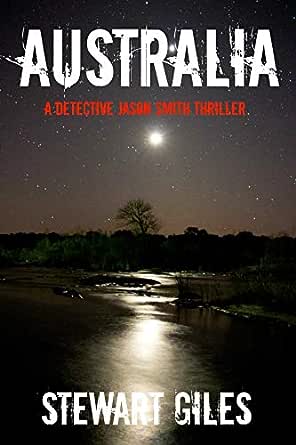 You've subscribed to A DS Jason Smith Thriller! We will preorder your items within 24 hours of when they become available. When new books are released, we'll charge your default payment method for the lowest price available during the pre-order period.
Update your device or payment method, cancel individual pre-orders or your subscription at
Your Memberships & Subscriptions
There was an error. We were unable to process your subscription due to an error. Please refresh and try again. 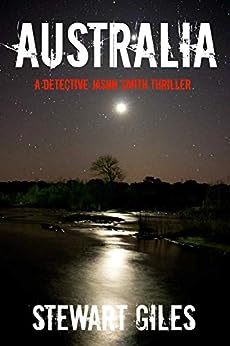 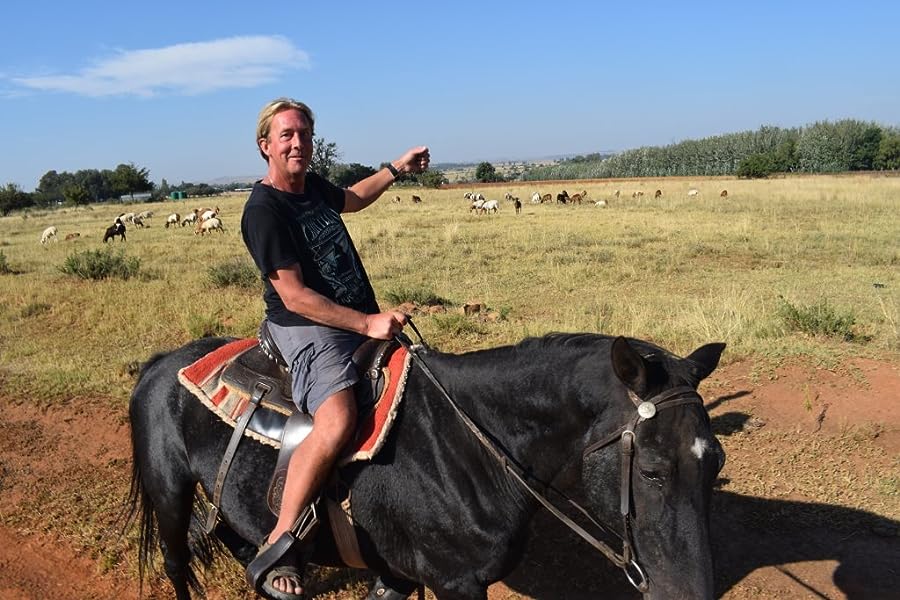 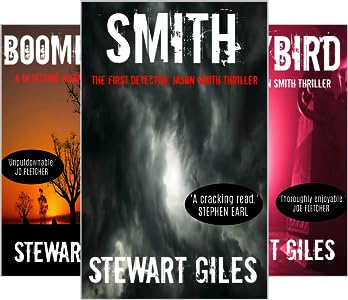 Avonna
VINE VOICE
5.0 out of 5 stars Highly Recommend This Addition to the Series!
Reviewed in the United States on January 20, 2021
Verified Purchase
AUSTRALIA (A DS Jason Smith Thriller Book #14) by Stewart Giles is the latest DS Jason Smith crime thriller. It is an intense race against the clock, edge-of-your-seat emotional thrill ride from start to finish. Even though this is the fourteenth outing for Smith, this book is easily read as a standalone.

DS Jason Smith, his wife, DC Erica Whitton and their five-year-old daughter, Laura are ready to take a vacation from the dreary York February weather. Erica wins a three-week vacation to Australia, but Smith is not happy about returning to his hometown.

When they arrive, they find there are reports of several missing children and some have turned up dead. While at the beach, Erica is stabbed and nearly killed while Laura has disappeared. Smith discovers that not only have the police little to go on, but there seems to be obstruction from above in the local police force hindering any true investigation.

DS Bridge comes to Australia to cover Smith’s back and help recover his daughter. Will Smith and Bridge be able to uncover who has been abducting the missing children and save Laura before she becomes a victim, too?
WOW! This is my first DS Jason Smith thriller and it will not be my last. The plot is a fast-paced, step-by-step emotional punch to the gut. Smith has to stay unemotional and work the crime all while being obstructed by the local chief of police, deal with his wife almost being killed and his daughter being abducted and not knowing if she is dead or alive. The killers are truly evil and terrifying.

I highly recommend this crime thriller! I could not put it down. I felt an immediate connection with the characters and I believe there will be a Jason Smith thrillers reading marathon coming soon.
Read more
Helpful
Report abuse

booklover
4.0 out of 5 stars Action Packed Page Turner
Reviewed in the United States on January 14, 2021
Many thanks to the author / Books n all Book Promotions for the digital copy of this crime fiction. Read and reviewed voluntarily, opinions expressed here are unbiased and entirely my own.

DC Erica Whitton wins an Australian holiday and while her husband, Detective Jason Smith is not keen on going back to his home, he does agree that their 5 year old daughter would love it.

The wonderful holiday turns into a nightmare. Erica is stabbed and their daughter is taken.

There has been a series of young children being taken ... most in broad daylight .. and later found dead. So far 7 have been taken ... 4 later found dead. And there are no clues and the investigation has been slowed down. The local police don't seem to be able to help in any way and Jason finds that he's on his own.

The plot is well-written with a maelstrom of action that only increases as time flows by. The characters, as usual, are deftly drawn with a well-paced blend of personal and professional lives. The ending was swift and powerful. Although 14th in the series, this is easily read as a stand alone, with just a hint of Smith's background. To go back to the beginning would be a wonderful marathon of reading.
Read more
Helpful
Report abuse

Kindle Customer
5.0 out of 5 stars 6⭐ ABSOLUTELY PHENOMENAL!
Reviewed in the United States on January 14, 2021
AUSTRALIA quickly demonstrates true evil with a heinous, horrific, abhorrent incident.
Following this, in an idyllic setting, the unthinkable happens.
Relentless, heart-pounding, agonizing suspense will hold you spellbound from start to finish. You will not be able to put it down. The pages will fly by while your heart races on every one.
This is a one sitting mesmerizing book.

Kindle Customer
1.0 out of 5 stars Didn't Get Past the Prologue
Reviewed in the United States on February 23, 2021
Some novels are best left inside the author's head. Kids chopping off a five year old child's head was too much for me. I think this one ends but for me and thus author's Jason Smith. I quit reading his earlier Smith novels because I was tired if his feeling sorry for himself over his sister, but he's still jyst a drunken lout.
Read more
Helpful
Report abuse
See all reviews