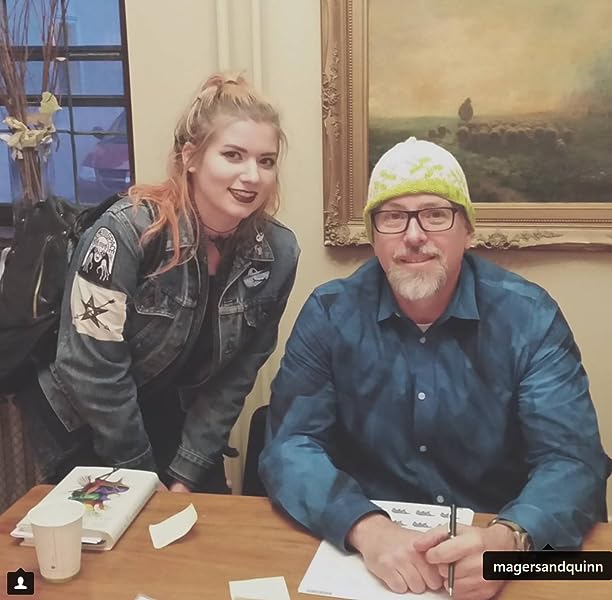 In the second installment of the Southern Reach trilogy, Vandermeer continues to unravel the mysteries surrounding Area X, an isolated dystopia where unknown powers either disappear its inhabitants or return them to humanity brainwashed and useless. The sole surviving member of the twelfth expedition undergoes questioning by one of the government’s most experienced investigators, a man named Control. Control is sent to the Southern Reach to investigate the disappearance of its director into Area X and to interrogate the psychologist who returned from the expedition; but while he’s there he discovers the true dysfunction of the scientists and staff studying Area X. Authority should not be read in isolation from the first installment of the trilogy, Annihilation (2014), because much of the backstory of the Southern Reach expeditions is explained in the earlier volume. Those familiar with the series will understand the subtle foreshadowing that points to an action-packed conclusion to the trilogy. Compelling science fiction for those who can’t get enough dystopia. --Heather Paulson

“Authority isn't a book that just picks up where the last one left off. Instead, it's packed full of new pleasures, not only new characters and settings but whole new kinds of writing. If Annihilation is an expedition novel painted with a thick coat of weird, then Authority is a spy novel given the same dark lacquer . . . Which makes me desperate to know what the third book is going to be like--whether it will be some mixture of the two, Jurassic Park meets James Bond, or some third thing entirely.” ―Robin Sloan, author of Mr. Penumbra's 24-Hour Bookstore

“The great thing about Annihilation is the strange, elusive, and paranoid world that it creates. The great thing about Authority is the way it takes the premises that we think we know about that world and turns them inside out, destabilizing everything in a way that makes it even more strange and elusive, and makes us the ones who feel paranoid. A stunning book, followed by a second stunning book that makes you rethink the first.” ―Brian Evenson, author of Last Days with praise for THE SOUTHERN REACH TRILOGY

“A clear triumph for VanderMeer, who after numerous works of genre fiction has suddenly transcended genre with a compelling, elegant and existential story of far broader appeal.” ―Lydia Millet, Los Angeles Times with praise for THE SOUTHERN REACH TRILOGY

“Unsettling and un-put-downable--like an old-fashioned adventure story, only weirder, beautifully written, and not at all old-fashioned.” ―Karen Joy Fowler, BookPage with praise for THE SOUTHERN REACH TRILOGY

“Fans of the Lost TV series . . . this one is for you.” ―Molly Driscoll, The Christian Science Monitor

“[Annihilation] will make you believe in the power of science mysteries again.” ―Annalee Newitz, io9 with praise for THE SOUTHERN REACH TRILOGY

“[Annihilation] teases and terrifies and fascinates.” ―Kevin Nguyen, Grantland with praise for THE SOUTHERN REACH TRILOGY

“Haunted and haunting.” ―Kelly Link, author of Magic for Beginners with praise for THE SOUTHERN REACH TRILOGY

Jeff VanderMeer’s New York Times - bestselling Southern Reach trilogy has been translated into over 35 languages. The first novel, Annihilation, won the Nebula Award and Shirley Jackson Award, and was made into a movie by Paramount in 2018. Recent works include Dead Astronauts, Borne (a finalist for the Arthur C. Clarke Award), and The Strange Bird. These novels, set in the Borne universe, are being developed for TV by AMC. Called “the weird Thoreau” by The New Yorker, VanderMeer frequently speaks about issues related to climate change and storytelling. He lives in Tallahassee, Florida, with his wife Ann, cat Neo, and a yard full of native plants.
Read more

Page 1 of 1 Start overPage 1 of 1
This shopping feature will continue to load items when the Enter key is pressed. In order to navigate out of this carousel please use your heading shortcut key to navigate to the next or previous heading.
Back
Next
Pages with related products. See and discover other items: southern novels