Autism Adulthood and millions of other books are available for Amazon Kindle. Learn more 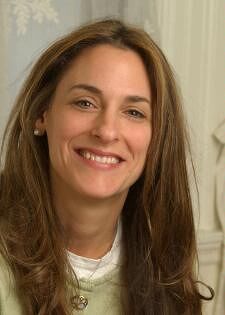 by Susan Senator (Author), John Elder Robison (Foreword)
4.6 out of 5 stars 44 ratings
See all formats and editions
Sorry, there was a problem loading this page. Try again.

“Senator hits the nail on the head once again . . . This is a must-read for any parent with a child on the autism spectrum as well as care­givers, siblings, and extended family.” – Library Journal (starred review)

"As an emotional resource, Senator's book is excellent." —Kirkus, for Autism Adulthood

"In this book, like her others, the wonderful Susan Senator gives voice to those who are too often voiceless -- folks with ASD who seek what they deserve -- lives of purpose and possibilities." -- Ron Suskind, Pulitzer Prize-winning journalist and bestselling author of Life Animated, A Story of Sidekicks, Heroes and Autism.

“In her frank and deeply touching new book, Susan Senator faces the big issues—housing, employment, relationships with siblings, finding trustworthy caregivers—head-on, and offers practical strategies for giving young autistic people the best chance to lead happy and secure lives, mapping a pathway to the future. She offers a blueprint for a world in which people at every point on the spectrum are treated as fellow citizens who deserve respect and the ability to make choices.” —Steve Silberman, author of NeuroTribes: The Legacy of Autism and the Future of Neurodiversity

"There is a huge need for books to help individuals with autism make the transition to adulthood. Autism is a wide spectrum, ranging from a brilliant Aspergers at a technology company to an adult who cannot dress himself. These individuals need very different services. Susan Senator describes successful journeys, as well as her own with her son Nat. I highly recommend Autism Adulthood for parents and teachers who are guiding individuals in the middle range within the broad autism spectrum." --Temple Grandin, author of The Autistic Brain, and Thinking in Pictures

"Autism Adulthood is a book I will be recommending to every autism parent I know. Senator is as warm as she is wise, as thoughtful as she is knowledgeable, as compassionate as she is informative. Her rallying cry of “All we can do is love each other” will resound in any parent’s heart. Senator loves fiercely--which means she does everything she can to ensure the best life and future for her adult child with autism. This book will inspire the rest of us to do the same for ours."--Claire LaZebnik, co-author of Overcoming Autism, with Dr. Lynn Kern Koegel

"From the introduction, Autism Adulthood: Strategies and Insights for a Fulfilling Life will bring you to that dark place parents of young adults with autism fear. But just as quickly, Susan offers practical advice through story-telling and concise, how-to strategies that will leave you feeling optimistic, hopeful and back in control - all any of us can ask for. A thoroughly readable and important book." -- Arthur Fleischmann, Author of Carly's Voice: Breaking Through Autism

"Many readers will find comfort in her advice and helpful concluding list of resources." --Booklist

Susan Senator is a writer, activist, and the mother of three boys. Her books include Making Peace with Autism, and The Autism Mom’s Survival Guide. Her twenty-five-year-old son, Nat, was diagnosed with autism at the age of three, and she has been advocating for people with autism ever since. She lives in Brookline, Massachusetts.

Start reading Autism Adulthood on your Kindle in under a minute.

Susan Senator is mother of three sons, the oldest of whom has fairly severe autism. Senator is the author of one novel "Dirt: A Story About Gardening, Mothering, and Other Messy Business," and two autism parenting books, "Making Peace With Autism: One Family's Story of Struggle, Discovery, and Unexpected Gifts," and "The Autism Mom's Survival Guide: Creating a Happy and Balanced Life While Raising a Child With Autism." Senator's third book is "Autism Adulthood: Insights and Creative Strategies for a Fulfilling Life." She began her writing career in 1984, as an escape, while working on her Master's Thesis at the University of Pennsylvania. She ultimately wrote four novels, and in 1997 published her first autism parenting article in Exceptional Parent Magazine. This led to many, many articles on various aspects of autism, parenting, and family life in places like The New York Times, The Boston Globe, and The Washington Post, all of which, along with her blog, can be found at susansenator.com. Senator has appeared on the Today Show, CNN, MSNBC, and NPR's Weekend America. She was also a guest at a dinner at the White House in honor of Eunice Kennedy Shriver and Special Olympics, where she met the President. Senator's first book, "Making Peace With Autism," was given the Exceptional Parent Magazine Award of Distinction. Senator's philosophy is that it is certainly possible to have a happy family life even given the difficult context of autism -- it's just not what you might have expected.

Kathy Briccetti (author of BLOOD STRANGERS: a memoir)
5.0 out of 5 stars Cutting Edge Experience and Wisdom
Reviewed in the United States on June 19, 2016
Verified Purchase
An important and helpful book for parents and professionals. Susan Senator weaves her family's story with those of several other parents and interviews autistic adults to show what's needed to launch a young adult with social and communication needs. The book includes sections on housing, caregivers, the range of needs, heath and safety, and letting go. She provides strategies for preparing for autism adulthood and advises parents to start early, do research, and reach out to friends, associates, and professionals. She shares her experiences in order to make the transition easier for families who follow. Families of children in middle school and high school should read this book so they can prepare for their children's aging out of the school system. Includes lots of tips and resources to get started.
Read more
5 people found this helpful
Helpful
Report abuse

Chaptal
5.0 out of 5 stars Susan Senator is a Paragon of autism advocacy
Reviewed in the United States on April 21, 2016
Verified Purchase
Susan Senator is an autism parent who has fought in the trenches for services for her son Nat and has lived to tell us about it, several times. Autism Adulthood is essential reading as Ms. Senator provides us with blueprints and advice in providing for the futures of our special needs children. The work is complicated, but not impossible as she describes her's and the advocacy of other parents. She answers the questions special needs parents have in a very straightforward way. I bought two copies, one for myself and one for my son's mother as we struggle to come up with a plan for our now teenage son's life.
Read more
5 people found this helpful
Helpful
Report abuse

Liane
5.0 out of 5 stars Indispensable
Reviewed in the United States on March 15, 2017
Verified Purchase
Helping your autistic child transition to adulthood is complicated and challenging, and far too few books have been written about it. Susan tackles the big, scary issues with her trademark warmth and wisdom. Whether she’s writing about employment, healthcare, housing, care-givers, siblings, or the intricacies of navigating governmental agencies, Susan offers realistic, practical, and reassuring advice. Her chapter on health and safety issues alone is worth the price of the book. Indispensable and engagingly written, “Autism Adulthood” is essential reading on how to give young autistic adults their best chance at living happy, safe, and fulfilling lives.
Read more
3 people found this helpful
Helpful
Report abuse

Melodye Traupel
5.0 out of 5 stars Great Book
Reviewed in the United States on June 13, 2016
Verified Purchase
I wish that I had a book like this 25 years ago. Excellent compendium of advice. I think that she is one of the best lay people writing in the field of the autism spectrum today. HIghly recommend this book to anyone with autism, and family and friends, or anyone who needs to know more.
Read more
One person found this helpful
Helpful
Report abuse

rosie saxe
5.0 out of 5 stars Five Stars
Reviewed in Canada on May 19, 2016
Verified Purchase
Loved it !
Read more
Report abuse
See all reviews
Back to top
Get to Know Us
Make Money with Us
Amazon Payment Products
Let Us Help You
EnglishChoose a language for shopping. United StatesChoose a country/region for shopping.
© 1996-2021, Amazon.com, Inc. or its affiliates