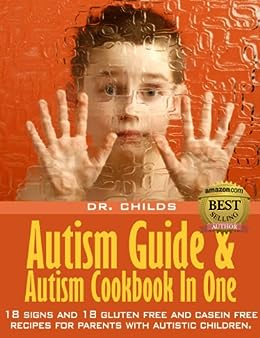 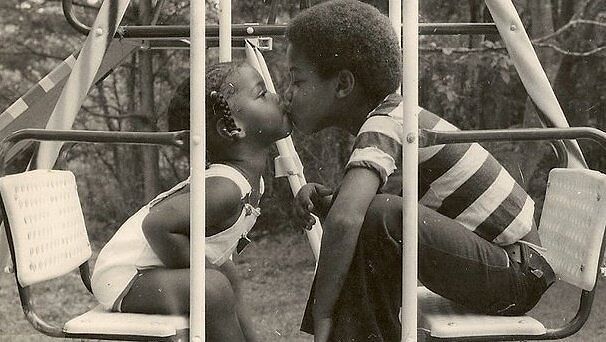 by Geryn Childress (Author) Format: Kindle Edition
See all formats and editions
Sorry, there was a problem loading this page. Try again.
The health care community offers little when it comes to dealing with autistic children. The growing number of autistic or ADHD children entering the American school system without proper support and programs is alarming considering the rise of autism in America.

Very little is being done in terms of alternative programs to help these children adapt into a normal functioning life. This book offers 18 original Gluten free diet suggestions and casein free recipes to help children with Autism or ADHD end or reduce tantrums . Dr. Childs is the father of an autistic child and these are a few of the recipes he's had success with so maybe they can help others. Autism Guide & Autism Cookbook was written for parents who aren't quite sure if their children are displaying signs of autism or not. Inside you'll find 18 tell signs to look for in autistic children along with 18 original Gluten and Casein free recipes that can limit or even stop your autistic child's outburst all together and calm down a child dealing with ADHD as well. As a parent with an autistic child these are some of my original recipes that I have found helped me, my hope is that they do the same for you.

Geryn Childress is an Amazon bestselling author and film director who left the United States in 2005. Living and working in Paris, London, Greece, the Yucatan, and Oaxaca is the main reason Geryn's books sell all over the world and topped Amazon's 100 bestsellers both nationally and internationally for over 5 years. Geryn Childress was born in Ypsilanti, MI and shortly thereafter moved to Shreveport, Louisiana with his mother and older brother Ken Childress(depicted in this childhood photo to the right, Geryn is on the left). Geryn also played a Doctor on popular television show Angels Of Mercy with Blair Underwood and Vivica A. Fox, as well as a role in James Cameron's hit movie "Almost Famous" along with a host of national television commercials. He started his own production company "Melanin Productions" in 1993 which he grew while living in Europe. He spent the majority of his teenage years in Pontiac Michigan, which he still considers his hometown. In 2011 he teamed up with "The Water Project", a charity that builds wells in poor communities throughout Africa.

Inspired and fueled by his desire to carry on his mother's legacy(Marilyn Childress)who was a TV producer and writer as well that lost her battle with cancer in 1998, Geryn hopes to inspire not only youth but everyone around the world to focus on the positive aspects of their lives.

Hayley
4.0 out of 5 stars Honest Wholesome and Engrossing
Reviewed in the United States 🇺🇸 on March 24, 2013
Verified Purchase
Browsing for cook books for children I chanced upon this rare find.

A satisfyingly informative selection of recipes specifically targeted at children with Autism .
The opening section describes the author's need to discover healthy meal options for autistic children and failing to find what she needed decided to write her own recipes down for families to benefit from . With valuable personal experience and a Professional Medical background the author provides a detailed and insightful guide to different foods and what ingredients may affect your child's Autism .

The book showcases a fine selection of tasty treats from Banana bread to sugar cookies and manages to mix cooking with emotion which is often lacking in books of this type .

Presented with artless simplicity, although the emphasis of the book is aimed at children with Autism there are enough food ideas for everyone to get involved with and crucially, learn about how food can shape a child's behavior .

Exceptionally Good Value - roll up your sleeves and get cooking !
Read more
One person found this helpful
Helpful
Report abuse

Fellow Human Being
4.0 out of 5 stars A resource guide and recipe book in an easy to use format
Reviewed in the United States 🇺🇸 on March 31, 2013
Verified Purchase
Geryn Childress' Autism Guide and Autism Cookbook is a friendly, easy to use recipe book that aligns specific problems with detailed recipes. I am no expert on autism and currently have no children, but I am well aware of the effects that casein and gluten can have on the sensitive person. This book might be of benefit not only to those with autistic children but for parents of any child. There are some small formatting issues that prohibit me from giving it a five-star review, yet the valuable information in this book is sure to benefit parents, so don't let that stop you from reading this great little book.
Read more
Helpful
Report abuse

Nicole Leon
5.0 out of 5 stars Loved the recipes
Reviewed in the United States 🇺🇸 on March 24, 2013
Verified Purchase
I felt this book was much needed as there are so many parents who are trying to figure out what's going on along with how to best help their children. I felt this book did just that by providing gluten-free and casein-free recipes that are delicious. I felt the signs were helpful as I have friends who may have autistic family members and I felt that this book will help them figure it all out.
Read more
Helpful
Report abuse

Bman11
5.0 out of 5 stars Awesome recipes - solutions for Autism - thank you
Reviewed in the United States 🇺🇸 on March 27, 2013
Verified Purchase
Great book and solution if you know someone with autism. There are a lot of products I had no idea I could be using to help the Autism in my family.

So far I've tried the tapioca pudding, coconut pancakes and crispy fried chicken
and everyone agrees they are delicious.

There are also lots of great substitution ideas. And the best part is they are gluten-free and casein free.
Read more
One person found this helpful
Helpful
Report abuse

Amelia Wallace
5.0 out of 5 stars Good Recipes to Try Out
Reviewed in the United States 🇺🇸 on March 22, 2013
Verified Purchase
This book contains some great recipes that will curb the mood and decrease outbursts from your autistic child. Not only is it a guide on autism, it is a cookbook as well. It basically contains gluten free and casien free recipes that will combat some of the issues parents deal with in their autistic children. I would recommend this book if you have an autistic child at home.
Read more
Helpful
Report abuse

C Forrester
5.0 out of 5 stars Amazing resource
Reviewed in the United States 🇺🇸 on March 22, 2013
Verified Purchase
This book is not just a cookbook; it is full of helpful information for people with children who may be showing symptoms of autism. I have already tried several of the recipes and not only did my daughter love them, my husband thought they were delicious as well. Highly recommend.
Read more
One person found this helpful
Helpful
Report abuse

Brandi
5.0 out of 5 stars A must read
Reviewed in the United States 🇺🇸 on March 25, 2013
Verified Purchase
Excellent. The recipes in this book look delicious and I can't wait to try them all. I highly recommended this book to anyone who even suspect that their child is autistic.
Read more
Helpful
Report abuse

Amazon Customer
2.0 out of 5 stars Worth a try
Reviewed in the United States 🇺🇸 on September 28, 2013
Here is some good signs but trying to get my child to switch his food choice will be harder. I will try a few and come do another review
Read more
Helpful
Report abuse
See all reviews

Miss Andrea Stephenson
1.0 out of 5 stars Not a guide to autism!
Reviewed in the United Kingdom 🇬🇧 on March 23, 2013
Verified Purchase
Not very helpful. Just a book with a few recipes in it. Would not recommend as a guide to autism.
Read more
Report abuse
See all reviews
Report an issue
Does this item contain inappropriate content?
Report
Do you believe that this item violates a copyright?
Report
Does this item contain quality or formatting issues?
Report