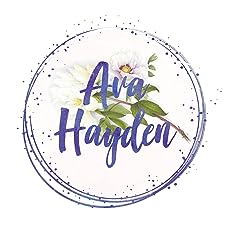 Ava Hayden lives and writes in Alberta, Canada. When not writing, she loves reading yaoi manga and gay romance, baking, seeing plays, hearing live music, and hiking (even though she once came face to face with two grizzlies on a trail). Most of the time her life isn't that exciting, and that's fine by her.
Read more 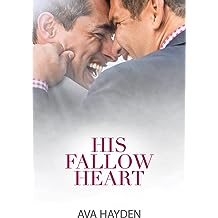 Can a lonely, aging farmer and a loveless artist whose creativity has gone missing find happiness on the prairies?

Life would be perfect for fifty-two-year-old farmer Finn Garrity if he just had someone to snuggle with by the fireplace. But single gay men aren’t exactly thick on the ground in Eagle Tree, Alberta.

Successful artist Philip Connaway wonders if his creative dry spell has anything to do with his dried-up love life. When Philip takes his nephew into farm country in search of a snowy owl to photograph, he meets Finn, who offers assistance. Together, they find the elusive bird—and much more.

Despite the attraction between them, differences, misunderstandings, and self-doubt threaten to end Finn and Philip’s romance. For a future together, Finn must take a risk, and Philip must find a way to bring love to Finn’s fallow heart.

A story from the Dreamspinner Press 2015 Daily Dose package "Never Too Late." 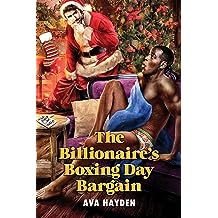 Milo is too nice to say no when the desperate call goes out for more staff to work Boxing Day at Eden Consumer Electronics. It’s just until they sell the door-crasher specials, but it means he can’t see his billionaire boyfriend Lance until later that day.

Lance spends December 25 jetting back from a business trip, eager to see Milo. He calls as soon as his flight lands Boxing Day morning, only to find out that seven hundred and thirty televisions are cock-blocking him.

What’s the point of being a billionaire if you can’t spend your way around obstacles? Milo doesn’t want Lance solving his problems with cash, but he’ll never find out because Lance’s efficient personal assistant, William, is on the case. Unfortunately, even billionaires are subject to the law of unintended consequences—and these aren’t the kind Lance can buy his way out of.

Will Lance and Milo have their Boxing Day date? Or have Lance’s pushy billionaire ways finally gone too far?

A story from the Dreamspinner Press 2017 Advent Calendar "Stocking Stuffers." 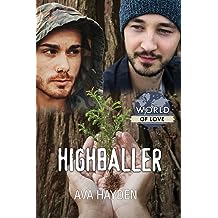 Remy Delacour’s family doesn’t believe in mainstream medicine, and when Remy’s boyfriend reveals that Remy is majoring in nursing, they cut him off. He has to find money to finish his education—fast. And he is so done with boyfriends.

Levi Aronson met the guy of his dreams and followed him to Australia. He knew the chances for a lasting romance were slim—and boy, was he right. Now he’s back in Canada, a year behind in his university program, and short of funds. He needs money, not another man.

Tree planting is a way to make a lot of money fast, but it’s one of the hardest jobs in the world. When Levi, an experienced planter, sees pretty, sloe-eyed Remy, Levi is certain he’ll never last.

They’ll have to pry Remy’s shovel from his cold, stiff fingers, because he won’t quit—or let anything take his eyes off the prize. When a storm brings Remy and Levi together, each finds the other a distraction from the big goal. But can anything develop between two men who have sworn off relationships?

World of Love: Stories of romance that span every corner of the globe.
Read more 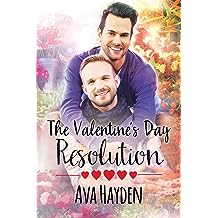 The Valentine's Day Resolution Aug 2, 2017
by Ava Hayden
( 3 )
$4.99
Huxley carries invisible scars from a near-fatal car accident. He sleepwalks through a job at his father’s company, marking time until he can quit and pursue his own dreams.

Everything changes the moment he makes eye contact with a stranger while riding to work. It’s as if he’s been shaken out of his stupor, and Huxley vows to find the man.

Thanks to a thieving ex-lover, Paul’s florist shop is on the brink of closing down. He needs to milk Valentine’s Day for all it’s worth—and the irony that a day dedicated to love might help undo the damage of a failed relationship is not lost on him.

When Huxley finds Paul at his shop, both men feel an instant attraction. Before long, they’re falling hard, but Huxley holds back. If Paul knew all the baggage he’s carrying, he might run.

Paul’s gut tells him Huxley is hiding something. Huxley looks like a keeper, but Paul can’t go through another disastrous romance.

When Valentine’s Day arrives, will they have anything to celebrate?
Read more 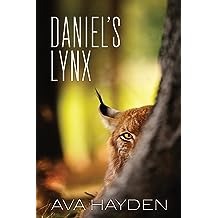 Daniel's Lynx (2016 Daily Dose - A Walk on the Wild Side Book 8) May 31, 2016
by Ava Hayden
( 1 )
$3.99
Daniel Rigaud never imagined he’d be starting over at fifty-five, but relocating from his city practice to small-town Alberta to become the staff veterinarian at the Lac LaForge Wildlife Rescue Center might help him forget his deceitful ex—especially considering his handsome new neighbor, Ronan Magister.

At fifty-three, Ronan’s given up on love and prefers to keep relationships short and sexual. It’s easier than revealing his secret—he’s a lynx part of the time. Something about Daniel makes him long for more, but telling the truth proves disastrous. Daniel believes he’s traded one deceptive man for another.

If Daniel actually fell for Ronan’s outrageous fabrication, then he might be worried that several animals were caught in poachers’ traps near their homes that morning. He might wonder why Ronan isn’t answering his phone….

A story from the Dreamspinner Press 2016 Daily Dose package "A Walk on the Wild Side."
Read more 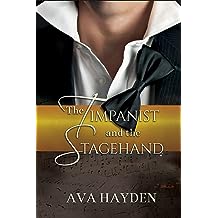 The Timpanist and the Stagehand Apr 13, 2016
by Ava Hayden
( 1 )
$3.99
Ren Murphy is a stagehand. He’s also a loyal friend, a gifted musician, and an inspiring teacher—but most people don’t see past his job. Ren knows that crushing on the Oilton Philharmonic Orchestra’s principal timpanist, Christoph Theoharis, is a waste of time. Christoph brushes off highly eligible would-be suitors regularly. What chance would a stagehand have? Christoph doesn’t even notice Ren’s existence—until one fateful night when chance or luck or maybe fate gets Ren Christoph’s undivided attention.

Old betrayals overshadow both men’s lives, yet each sees something compelling in the other, something that won’t let either walk away. Ren and Christoph may be each other’s best hope of finding a happy-ever-after, but to do that they’ll have to forgive old wrongs. They’ll have to let go of the pain in their past before it destroys their hope for a better future. Most of all, they’ll have to find a way to believe—in possibilities and each other.
Read more 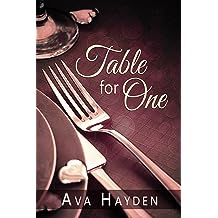 Nick DiGiaccomo waits tables at Fortissimo, an exclusive restaurant in Oilton, Alberta. He loathes drama, particularly the kind that makes its appearance on Valentine’s Day.

This Valentine’s Day is especially bitter. Eight months ago Nick’s heart was broken when his lover walked away without a word over a misunderstanding. Too proud to call, Nick’s heard nothing from him since. But on this, the most romantic day of the year, he keeps his feelings well-hidden and his professional smile firmly in place.

That is, until he sees his ex-lover, Mark Mishimoto, at a table for two in his section—and his Valentine’s Day goes from bad to downright horrible.

To make matters worse, a winter storm descends, hours earlier than forecast. When the restaurant closes, Nick finds himself stuck downtown in the middle of a blizzard with no way to get home and nowhere to go. Mark lives conveniently close by, and he’s offering up his couch. Nick could use a place to lay his head—but is it worth risking his heart?