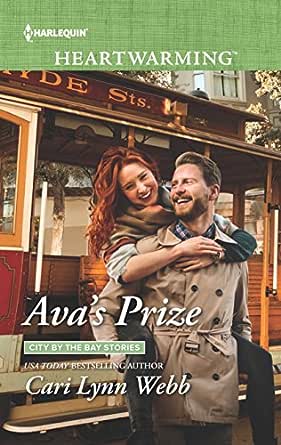 You've subscribed to City by the Bay Stories! We will preorder your items within 24 hours of when they become available. When new books are released, we'll charge your default payment method for the lowest price available during the pre-order period.
Update your device or payment method, cancel individual pre-orders or your subscription at
Your Memberships & Subscriptions 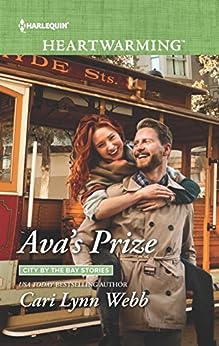 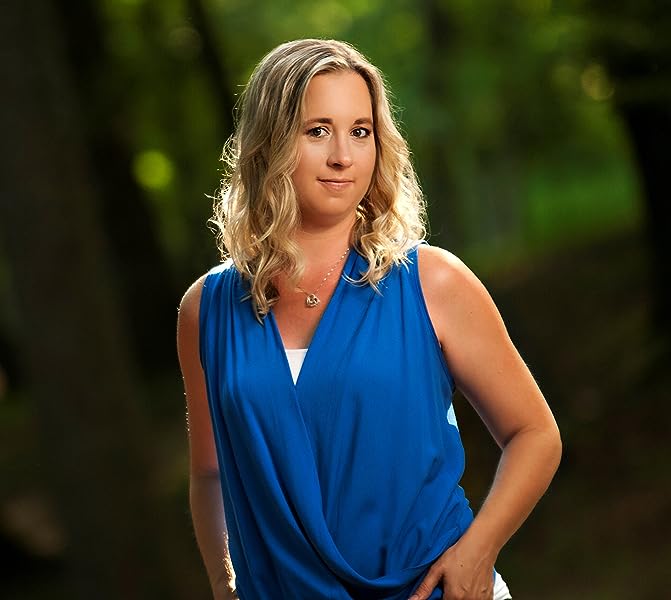 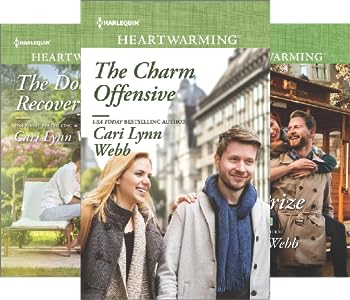 Cari Lynn Webb lives in South Carolina with her husband, daughters and assorted four-legged family members. She's been blessed to see the power of true love in her grandparent's 70 year marriage and her parent's marriage of over 50 years. She knows love isn't always sweet and perfect, it can be challenging, complicated and risky. But she believes happily-ever-afters are worth fighting for. She loves to connect with readers. --This text refers to an out of print or unavailable edition of this title.

4.4 out of 5 stars
4.4 out of 5
5 global ratings
How are ratings calculated?
To calculate the overall star rating and percentage breakdown by star, we don’t use a simple average. Instead, our system considers things like how recent a review is and if the reviewer bought the item on Amazon. It also analyzes reviews to verify trustworthiness.

MeezCarrie
4.0 out of 5 stars Layered and sweet
Reviewed in the United States on November 24, 2018
Ava’s Prize is a story of two people who may appear at first glance to be complete opposites, yet in reality are very much alike in their heart of hearts.

Kyle Quinn is, honestly, very unlikable at first – and yet even then there is a glimmer of what really lies beneath the surface of his heart. Specifically, his ultimately-good heart and the loneliness he experiences in spite of his wealth and success. In contrast, Ava Andrews is instantly endearing, the kind of character you want for a friend, and her life is brimming with friends and family who love her and invest themselves in her (and she, them). The supporting characters made this story for me, though, and I especially enjoyed the scenes in Kyle’s arcade – lots of fun and goodnatured competition.

Bottom Line: Ava’s Prize is a solid story with electric romantic chemistry and several sweet moments. Both Kyle and Ava experience steady character growth over the course of the novel, and readers will experience a wide range of emotions as they follow the plot. The fact that several characters have specific medical needs not usually seen in contemporary romance adds another dimension to this already layered story and keeps readers invested in the characters.

Andrea Coventry
4.0 out of 5 stars It took me a while to warm up to the male MC, but I did like it a lot.
Reviewed in the United States on December 10, 2018
I have to admit that Kyle is difficult to warm up to. But that's not totally his fault. He created a medical warning device and then sold it to a large tech company, not realizing that in exchange for making millions and millions of dollars, his product would be denigrated into something it wasn't meant to be. But he likes having the money and he likes doing things to take care of his family. He has filled his home/office with lots of toys to make up for the loneliness that he feels. He grew up with few friends, thanks in part to a severe food allergy that made it difficult for kids to understand him and his needs. They even betrayed his trust in a most horrific way. So he finds it extremely difficult to trust people. Sure there are a lot of people who like to surround him in life, but they are more interested in the celebrity status than anything actually deep and meaningful. No one really knows the true Kyle.

He's also brilliant, but stuck right now because he is supposed to deliver the next amazing idea to this company, and his brain is fried. So he decides to create a contest for other inventors to contribute their ideas for a prize. Only they don't realize that is going to essentially steal their idea in exchange for the prize money.

Ava is part of the reason that he has come up with this contest idea. She and Kyle met after a freak accident on a photography shoot. When she and her friends came to see his office/home, they were casually talking and indirectly the idea was proposed.

Ava works primarily as a paramedic but also spends a lot of time caring for her mother who suffers from the relapsing version of MS. She is also wicked smart and has a lot of great ideas. She is also quite lonely because she is so focused on her mother. She works long hours to make sure that her mother can afford the care and medication that she needs and doesn't worry about social gatherings. She does have her friends, and she is very close with her friends. But romance is definitely the last thing on her mind.

I feel sorry for both of these characters. I know from personal experience how difficult it is to take care of ailing parents, only I was a lot luckier than Ava in the help that I received to do so. And I feel sorry for people like Kyle who have been ostracized for something out of their control, like his food allergy. I understand why he has shut himself off from the world, but just wish he could allow himself to open up.

Somehow the two of them have an attraction to each other, pretty much from the start. Kyle's attraction to Ava makes a lot more sense to me. I don't quite understand why he flicks a light in Ava, at least not at first. But the heart wants what it wants, right?

As the story goes on and the two are working with the other team members on this invention contest, you find that these two people, who are so set in their ways, are actually starting to soften. Ava is realizing that she needs more in her life. Kyle is realizing that you can have true friends and relationships out there. Of course, the true motives behind the contest are going to throw some massive wrenches into the works. But once the seeds of love are planted, all can win in the end, right?

I enjoyed reading this storyline, as it was different than most other romances out there. I also enjoy characters who are deeper with more complexities that they have to work through. It allows for measurable growth, which you want to find in a good book. And I like those romances where an unlikely friendship and romance can blossom from what seems to be an improbable place.

I received a complimentary copy of this book in exchange for my honest review.
Read more
Helpful
Comment Report abuse

Baroness Book Trove
5.0 out of 5 stars Can Ava win the contest and keep her heart safe?
Reviewed in the United States on November 3, 2018
Ava's Prize by Cari Lynn Webb is another fantastic book by this wonderful author. This is my second book from Ms. Webb, and I loved it as much as I did with the first book.

Kyle Quinn is the perfect person for Ava Andrews, and they both compliment each other well. These two are such opposites, but it works very well once you get to know each person.

Kyle Quinn
Kyle Quinn is the middle child of an older and younger sister. He's a good guy that has a pretty severe nut allergy and doesn't like to open up much. Kyle was hurt when he was younger, and he doesn't want to risk his heart. He likes to think that he has everything under control for his family and himself. Kyle doesn't like to make any friends and tries to keep to himself so that he doesn't get hurt. That has side effects, and he doesn't realize it just quite yet.

What I like about Kyle is that yeah he may appear like this guy that only cares about his money but deep down it's more than that for him. I like his first invention; it is pretty cool. He is a great guy but needs someone to help him see that he needs more than what he already has to be happy.

The only thing that I don't like about Kyle is the way that he did the contest. I don't think that he thought it through.

Ava Andrews
Ava Andrews is the second born and has had a tough life. She is an army medic turned emergency first responder who likes to help people but doesn't help herself. Ava is more about helping the people she loves. She enters this contest with a great invention but doesn't want her heart to get involved with Kyle. Ava is a great character, and I love the way she and Kyle interacted. It was a lot of fun reading about these two.

What I like about Ava is that she is a great person. She is doing what she can for her family but still wanting some things for herself. I love the fact that Ava brings out the good in Kyle.

Five Stars
Ava's Prize by Cari Lynn Webb is a fantastic book. I can't wait to read more from this author. Ms. Webb as a great way of making her characters seem so real that I am right there with them. I adore when a book takes me into the story as this one did. My rating of this book is five-stars.

It's excellent, and I'm recommending it to anyone that loves romances and quick reads like this one.

Anyways until the next time enjoy this review brought to you by
Baroness Book Trove.

I received this book for free from Author in exchange for an honest review. This does not affect my opinion of the book or the content of my review.

If you would like to read more reviews like this one, please go to baronessbooktrove.com
Read more