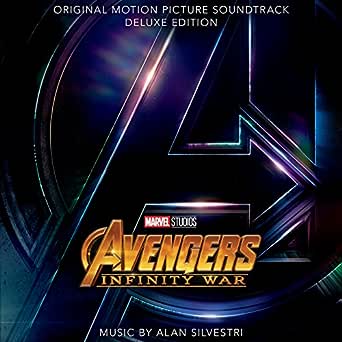 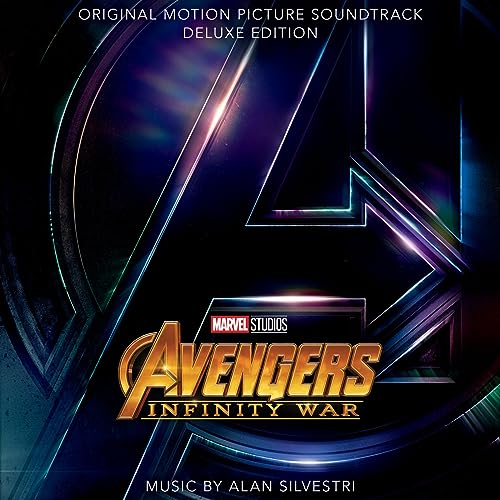 Listen Now
Buy MP3 Album $15.49
Your Amazon Music account is currently associated with a different marketplace. To enjoy Prime Music, go to Your Music Library and transfer your account to Amazon.com (US).

4.5 out of 5 stars
4.5 out of 5
91 global ratings
How are ratings calculated?
To calculate the overall star rating and percentage breakdown by star, we don’t use a simple average. Instead, our system considers things like how recent a review is and if the reviewer bought the item on Amazon. It also analyzes reviews to verify trustworthiness.

Michael Adams
4.0 out of 5 stars Not bad for a picture disc
Reviewed in the United States on October 13, 2018
Verified Purchase
I typically avoid picture discs like the plague but couldn't pass this up for only $15. As was expected, it has surface noise in the quieter parts and a few ticks here and there. Overall, it's far from being the worst picture disc in my collection. It's actually quite nice as far as sound quality goes for this variation of vinyl records. I just wish that some label had pressed the entire score on a 2xLP with an actual jacket and not a clear pvc sleeve like this.
Read more

91TA
5.0 out of 5 stars Amazing vinyl picture infinity war record
Reviewed in the United States on October 12, 2018
Verified Purchase
Amazing vinyl picture record beautiful colors the picture looks amazing front and back I have the digital version of the soundtrack which is amazing I just collect these picture vinyls I put them in frames and I hang them on my wall so I can’t comment on the sound quality but I can comment on the soundtrack itself is amazing and the quality of this item is amazing definitely a great collectible Infinity war item
Read more
One person found this helpful
Helpful
Comment Report abuse

Amazon Customer
4.0 out of 5 stars Great score, but also misses a few opportunities at thematic continuity.
Reviewed in the United States on May 5, 2018
Verified Purchase
It's a great score! Alan Silvestri greatly adapted the themes for the Avengers as he originally composed them back in 2012 for "Marvel's The Avengers", and also added a few noteworthy surprises, such as the methodology and themes for Thanos. But even though a central theme for the titular superhero team is important for a superhero film with such a large ensemble cast of characters, whenever its individual members have their own solo flicks as well, the composer(s) need(s) to also incorporate those members' own themes, as well; otherwise, the score does virtually little or nothing whatsoever to musically tie together the complex tapestry of all of its characters, and also does only very little attempts to continue already established themes. When Brian Tyler (a.k.a. Madsonik) and Danny Elfman wrote their scores to "Avengers: Age of Ultron" back in '15, not only did they evolve the Avengers' themes by incorporating both them and the new material that they created specifically for that film into each other, but they also adapted and quoted, in several cues, the former composer's themes for both Iron Man and Thor, as heard in his scores for both "Iron Man 3" and "Thor: The Dark World", as well as Silvestri's themes for Captain America as heard in his score for "Captain America: The First Avenger", and, both briefly and quickly, Craig Armstrong's themes for Hulk, as heard in his score for "The Incredible Hulk", creating easily the M.C.U.'s most amazing score thus far. Silvestri, while he did faithfully adapt his original theme for the Avengers, should've also followed what Tyler and Elfman did for the individual heroes' themes, as well as also reprise the themes for the Guardians of the Galaxy, as created by Tyler Bates, in addition to the themes that Ludwig Göransson (a.k.a. Ludovin) created for the Black Panther, and Michael Giacchino's themes for both Doctor Strange, as heard in his score to "Doctor Strange", and Spider-Man, as heard in his score to "Spider-Man: Homecoming", considering all of their involvement in this story, too.
Read more
5 people found this helpful
Helpful
Comment Report abuse

Nico Vela
5.0 out of 5 stars A wonderful soundtrack.
Reviewed in the United States on April 27, 2018
Verified Purchase
One of the best Soundtracks from the MCU. I'll always be partial to Spider-Man: Homecoming and "The Ballad of the Nova Corps" from Guardians of the Galaxy V. 1.

Molly Barnaby
4.0 out of 5 stars I wish it had an actual LP sleeve rather than this plastic thing
Reviewed in the United States on October 7, 2020
Verified Purchase
I like the picture discs but I hate that they don't have an actual sleeve. The plastic cover makes it feel like I'm scratching the LP every time I take it out. Beautiful score that is fun to look at while its spinning. Perfect for a turntable where the disc is visible. I would definitely get it a paper sleeve and toss the plastic thing it came packaged in.
Read more
Helpful
Comment Report abuse

Purple Spice
3.0 out of 5 stars Great soundtrack
Reviewed in the United States on November 21, 2018
Verified Purchase
The soundtrack is great and the vinyl works well. The only issue i have is that after the first or second song, the needle catches on the groove of the picture or something and it pops. I checked the needle for dust, played other vinyls, just to rule out anything else and it was this vinyl. I can handle a couple of pops, but be aware that they get loud.
Read more
One person found this helpful
Helpful
Comment Report abuse

Bethany
5.0 out of 5 stars Beautiful
Reviewed in the United Kingdom on January 29, 2019
Verified Purchase
It honestly so beautiful to look at, I've actually not played it though
Read more
Report abuse

Ben
1.0 out of 5 stars Poorly Made
Reviewed in Canada on December 28, 2018
Verified Purchase
I played my copy on my brand new player and it was badly out of tune, like it kept alternating between different levels of out of tuneness, idk if It’s just my copy but mine was a waste of money, I wouldn’t recommend it.
Read more
Report abuse
See all reviews