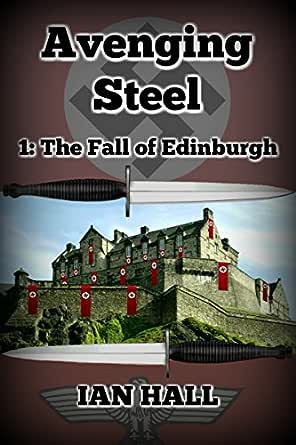 You've subscribed to Avenging Steel! We will preorder your items within 24 hours of when they become available. When new books are released, we'll charge your default payment method for the lowest price available during the pre-order period.
Update your device or payment method, cancel individual pre-orders or your subscription at
Your Memberships & Subscriptions
There was an error. We were unable to process your subscription due to an error. Please refresh and try again. 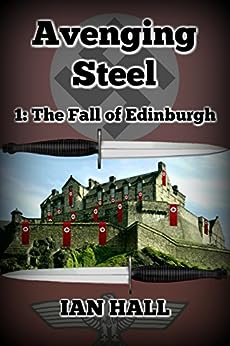 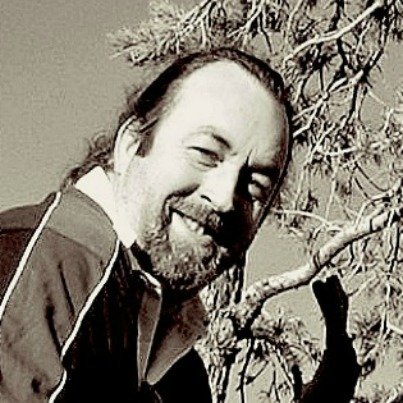 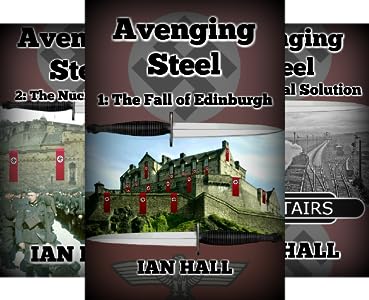 It is October 1940...
In the last seven weeks, the German invasion of Britain, begun by a few thousand paratroopers, has swept the British Army to another 'Dunkirk'. Evacuated from Oban, Ullapool, and a hundred islands, a quarter of a million of Britain's finest now rest in Canada.
Britain is lost.
Churchill makes one valiant speech from the combined houses of the Irish Parliament, then he too is spirited away.

... let us not consider this a retreat, not a farewell to our homeland, but as a gathering for a new offensive. And let me make this promise to Herr Hitler; we will prepare, we will return, and we will never surrender...
Winston Churchill, October 7th, 1940, Dublin, Ireland


When the German troops march triumphantly along the streets of Edinburgh, James Baird, a young philosophy student, feels drawn to watch. He is a student at Edinburgh University; ashamed he has done nothing in the defense of his country. Watching the parade is his self-inflicted punishment.
As he stands on Princes Street, looking down the deserted tram lines, he waits for the conquering heroes to arrive. Behind him the high ramparts of Edinburgh Castle are festooned with garish red swastika banners. Sickened by the music and swaggering Nazis, James can soon stand no more. he flees the scene and takes refuge in the Edinburgh University Union bar, determined to drown his sorrows before returning home.
The new oppressors bring changes to his life that he cannot foresee. As his new role in German-controlled Edinburgh is revealed, he is determined to find some way to fight the new oppressors. In long novella parts, we follow James's story as a proud nation begins to rebel against the pressure of Nazi jackboots.
Thus begins, Avenging Steel, a new Alternative History series.

The title is taken from a line of the poem/song "The Tree of Liberty", by Robert Burns, Scotland's famous bard...

By her inspired the new born race
Soon grew the Avenging Steel, man;
The hirelings ran -- her foes gied chase
And banged the despot weel, man.

Avenging Steel has been described as "Scotland's own... 'Man in the High Castle'."