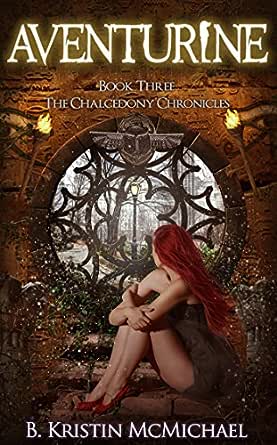 You've subscribed to The Chalcedony Chronicles! We will preorder your items within 24 hours of when they become available. When new books are released, we'll charge your default payment method for the lowest price available during the pre-order period.
Update your device or payment method, cancel individual pre-orders or your subscription at
Your Memberships & Subscriptions
There was an error. We were unable to process your subscription due to an error. Please refresh and try again. 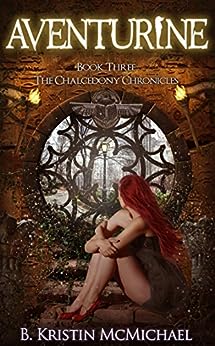 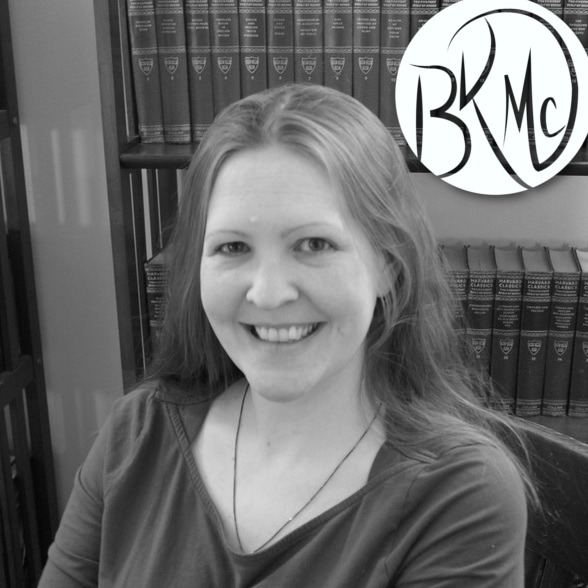 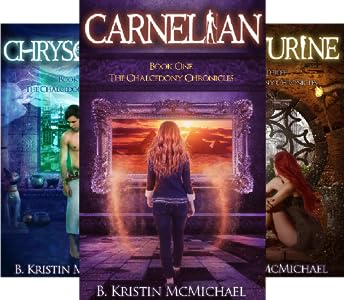 4.6 out of 5 stars
4.6 out of 5
40 customer ratings
How does Amazon calculate star ratings?
Amazon calculates a product’s star ratings based on a machine learned model instead of a raw data average. The model takes into account factors including the age of a rating, whether the ratings are from verified purchasers, and factors that establish reviewer trustworthiness.
Top Reviews

Casia P. Courtier
3.0 out of 5 stars the second best in the series
Reviewed in the United States on December 16, 2016
Verified Purchase
I have mixed feelings about Aventurine. On one hand, it does continue the story that I was interested in Chrysoprase. However, on the other hand, it fell short on a few aspects.

Aventurine is the third book in the Chalcedony Chronicles and, in my thoughts, the second best in the series. We get to see more of Logan, which was a big plus for me. I wanted to know more about this antagonist. I wanted to see him work. McMichael does a fairly good representation of what our antagonist is like and I was able to see his motivations clearly.

Unfortunately, that made me want to smack around Mari. As a character, she has changed from the first book. Which is what you want in a series. However, I feel she is going downhill instead of up. Mari is too trusting to Logan. Even though she goes through Ky's plans, she doesn't recognize the dangers Logan poses.

I feel the book was a good attempt at strengthening the story, but at the cost of Mari's personality. She lost some of that spark she had before meeting Seth. I understand that she needed to play a part, but even she seemed to believe that part quickly. It didn't just piss me off, it annoyed Ky too. Who, I may add, is a very sound voice in the last two books.

All in all, it was an okay book. Not my favorite, but better than the first.

Devon
4.0 out of 5 stars Very good read
Reviewed in the United States on March 28, 2016
Verified Purchase
This was a pretty good addition to the series. The only thing I didn't like is that Mari seemed sooooo passive in this book. She just kind of accepted her fate and trickery that Logan used on her. She didn't really seem to try much to get out of it. I mean, I understand a bit because she was doing it because she thought she was saving Seth, but she was doing basically nothing but complaining about what had happened and how she couldn't get out of it. I don't know. It was just so different compared to the first two books where she at least had determination and a bit of fight, even if she didn't know if she'd succeed. But in this book she was totally submissive and it bothered me a bit. I'm hoping she has more fight in her in the next book. Other than that I really did enjoy this book. And I can't wait to find out more about Kye. He's been an interesting character so far and I'm sure we are going to find out who he really is in the next book. I don't believe he's Logan's brother for one second. So let's find out!
Read more
Helpful
Comment Report abuse

Mr. Thomas A. Mckewen
4.0 out of 5 stars Bit slow and predictable compared to the earlier books but the ending leads nicely into what should be a more adventurous book.
Reviewed in the United States on June 29, 2015
Verified Purchase
This one is very slow going and there are a lot of logic errors where the author says the characters are doing one thing then a few pages later do something different as if they did not say the earlier things. Things like Logan telling our heroine to dress warm cause they are going somewhere cold but a few pages later she is putting on a sun dress. Better editing needed.

However, if you ignore these continuity issues it is still a good book. It's complicated reading as you have all the time travel and multiple lives for lots of the characters so sometimes it is a bit hard to keep things straight but this just adds to the enjoyment of this book as you have to keep your wits about you all the time.

The plot drags after a while and a couple of times I was ready to give up but thankfully I did not. Hopefully the next book has a bit more action and adventure in it.

AFARAMINAN
5.0 out of 5 stars Excellent....
Reviewed in the United States on July 10, 2015
Verified Purchase
What can be said about again another excellent work by BKM. I personally have read all her books and the these series Chalcedony Chronicles is my favorite. This book (#3) to me was a chance to understand the other side of the coin (aka Logan). I also enjoyed the explanation of how it all began and who the people are. I felt thru out the whole book that Kye was the best character by far. I don't know what Mari would have done with out him. He was definitely her life raft. If you are expecting a book full of Seth its not going to happen. If you expect a book full of growth and explanation of the worlds, the people and how it all began then you will not be bored or disappointed This book is all about Mari, Kye and Logan. I cant wait for the 4th book.
Read more
One person found this helpful
Helpful
Comment Report abuse

thisbearbites
5.0 out of 5 stars Another wonderful journey.....
Reviewed in the United States on June 21, 2017
Verified Purchase
Another win by B. Kristin McMichael! Another story that makes me believe in the one true love and pulled on my heart's own memories. From soft smiles, to tears - BKM has what it takes to pull me Into her magical world where I am so much a part of the story I shed tears of happiness, sadness, and just the overfullness of joy!
I've dried most of my tears, refilled my drink, and am about to finish this wonder of time travel.
Read more
Helpful
Comment Report abuse

Jim Umhofer
5.0 out of 5 stars Great Series!
Reviewed in the United States on August 19, 2016
Verified Purchase
So far this series has been great! The only issues I have with the books are some of the grammatical errors. When referring to people, the author says for example: "She is the one that has the stone" instead of "She is the one WHO has the stone". In most cases this is one of the most glaring grammatical errors: "She's going to do it anyways", when it should be "She's going to do it ANYWAY". Despite that, I enjoy the series very much.
Read more
Helpful
Comment Report abuse

Divagirl
3.0 out of 5 stars Fun... you just have to be able to get past the editing issues
Reviewed in the United States on September 19, 2017
Verified Purchase
Easy and fun read with endearing (if monochromatic) characters and interesting premise. This author really needs an editor, though. The books are riddled with typos and glaring grammar mistakes and sometimes the wrong word is used. There are also big rambling sections that could be cut wholesale and the stories would flow more smoothly. Good start for a young author, but would be SO much better with someone who really knows what they are doing helping to edit and make corrections.
Read more
Helpful
Comment Report abuse

GFrontiero
5.0 out of 5 stars Fantastic Time Travel Novel
Reviewed in the United States on March 15, 2019
Verified Purchase
By the second installment I was hooked. Like can't get anything done hooked. Love the characters. Would love to hear more of ancient Egypt.
Read more
Helpful
Comment Report abuse
See all reviews from the United States

Flint
5.0 out of 5 stars Great read
Reviewed in the United Kingdom on June 12, 2018
Verified Purchase
I am enjoying the books very much as soon as I finish one I must read the next to see what happens I have always enjoyed this type of subject .
Read more
Helpful
Sending feedback...
Thank you for your feedback.
Sorry, we failed to record your vote. Please try again
Report abuse

Kindle Customer
5.0 out of 5 stars A really great book
Reviewed in the United Kingdom on April 14, 2015
Verified Purchase
After reading the two previous books in the series I loved this third book, I can wait for the next one I know Therese are books I will read again,and again. Brilliant.
Read more
Helpful
Sending feedback...
Thank you for your feedback.
Sorry, we failed to record your vote. Please try again
Report abuse

Fantasy reader
5.0 out of 5 stars Five Stars
Reviewed in Canada on May 27, 2017
Verified Purchase
Read the whole series
Read more
Helpful
Sending feedback...
Thank you for your feedback.
Sorry, we failed to record your vote. Please try again
Report abuse