Awakening Kiss (Watcher's Kiss Book 4) and millions of other books are available for Amazon Kindle. Learn more
Share <Embed>
Have one to sell?
Sell on Amazon 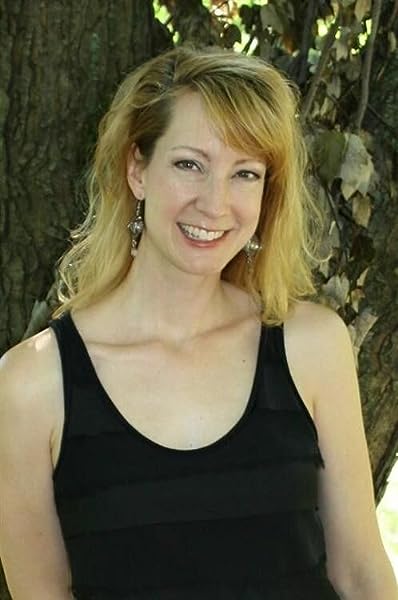 Sharon Kay writes award-winning fiction and can never get enough reading time. She loves winter and black coffee, and is endlessly inspired to write kick-ass heroines and the men strong enough to capture their hearts. Sharon lives in the Chicago area with her husband and son, and one weekend the idea for her Lash Watchers and tough leading ladies formed in her head, refusing to stay quiet until she put pen to paper. Her characters tend to keep her up at night, as they banter, fall in love, and slay endless varieties of power-hungry demons.

Sign up for Sharon’s newsletter to keep up with her paranormal world, see early cover reveals and be entered in periodic giveaways.

Start reading Awakening Kiss (Watcher's Kiss Book 4) on your Kindle in under a minute.

GBS
4.0 out of 5 stars Portals, Demons, Elves & HOT Watchers
Reviewed in the United States on April 19, 2017
Verified Purchase
I was introduced to Sharon Kay via Titan World.  My curiosity of how Rhys and Enza met had me seeking out their story.  I’m so pleased to have satisfied my curiosity!  Their story was perfect in my introduction to the world of paranormal witches and demons.    I enjoyed the writing as it had an easy flow throughout the book and kept my interest at their story unfolds.  I felt a little like Enza, discovering something new but yet has always been there and is thrilled to have found it.  The story told is not what I had expected (not sure what I expected) but definitely has grabbed my attention to this new genre.   I’m looking forward to reading more of this series.
Read more
One person found this helpful
Helpful
Report abuse

nancy
5.0 out of 5 stars Love It
Reviewed in the United States on December 18, 2016
Verified Purchase
Rhys and Enza are both great characters. But I have loved all of her books. Ruby is strong without being overbearing and not afraid of his emotions. Enza is a great woman character, strong but still having a soft side. I had a feeling of who her father was going to be but it wasn't drawn out, she got straight to the point. Can't wait for the next book.
Read more
One person found this helpful
Helpful
Report abuse

Kindle Customer
5.0 out of 5 stars Good book
Reviewed in the United States on September 15, 2016
Verified Purchase
Kay has written another winner. I loved the story and the main characters. Go Lash demons. I am looking forward to the next story.
Read more
One person found this helpful
Helpful
Report abuse

Michele A.
5.0 out of 5 stars Great book
Reviewed in the United States on October 16, 2016
Verified Purchase
Love this whole series. A must read.

Love the combination of paranormal and romance.

Having a mate bond would be awesome!

CmHussey
4.0 out of 5 stars Well done
Reviewed in the United States on March 27, 2018
Verified Purchase
Well done erotica, with an interesting story and characters. Not my usual read but I enjoyed it.
Read more
Helpful
Report abuse

Maria's Book Blog
5.0 out of 5 stars Another 5 Star Read from Sharon Kay!
Reviewed in the United States on October 3, 2016
Another amazing addition to the Watcher's Kiss series! I don't know how she does it, but Ms. Kay never ceases to amaze me with her creativity and attention to detail. She delivers the most action packed, intense page turners that provide just the right amount of love/lust and suspenseful drama. Not to mention a cast of kickass characters that will pull you right in. If you're a JR Ward fan then you are going to LOVE Sharon Kay.

This time around we're introduced to Rhys, a Watcher skilled not just in combat but in computer hacking and information recon as well, and Enza, a mild mannered pastry chef and co-owner of Java Genie. I love that the story takes off within the first couple of pages, and we're thrust right into the craziness as Enza, in an attempt to outrun some shady characters, runs right into a pair of Watchers (Rhys and Brenin) battling it out with some dark elves. While running for her life she inadvertently runs right into a portal, and Rhys thinking she must be connected to the bad guys is right on her heels... literally. When they land in The Arboretum she's got a lot of explaining to do, and Rhys doesn't plan on going easy on her. From that point on you just know it's going to be good!

And it certainly is! The more he questions her the more Rhys starts to think that maybe she was just in the wrong place at the wrong time, and not one of the bad guys as he had previously suspected. So naturally, he now wants to know more about her and keep her safe in the process, in case the bad guys reappear of course. The story is just so multifaceted! There's so much to learn, and so many secrets to uncover, it'll keep you on your toes the entire time. I loved the big plot twist even though I kind of speculated as to what I thought might happen about halfway through. I wasn't entirely wrong, but it was still so interesting and exciting to see how it all played out.

As always, the writing was flawless, the story was captivating, and the pacing was totally on point. I can't wait for the next installment, and I'm crossing my fingers that Ms. Kay will expand a little more on those oh-so-interesting werewolves… *hint hint*
Read more
One person found this helpful
Helpful
Report abuse

Lisa S, The Reading Room
5.0 out of 5 stars Packed with action and romance, can't miss for paranormal romance fans
Reviewed in the United States on September 13, 2016
4.5 out of 5 stars

What I Loved: Romance and Sci-fi/paranormal stories are a weakness of mine and no one blends the two together like Sharon Kay. With alpha male heroes who are super strong but have a soft spot for spunky heroines who can fight for themselves, the Watcher's Kiss books hit solid notes for me. Good stories with a quick moving pace and memorable leads, these books make me happy. Awakening Kiss is a wonderful addition to the series and leads Rhys and Enza have a quiet energy that sparks early and builds to a fulfilling HEA.

What I Didn't Love: Not much to dislike on this one. Awakening Kiss has a lot of second and third tier characters and it can get hard to keep track. Even though some may appear in only a hand full of brief scenes, I'm sure they'll have larger roles to play in future Watcher stories.

"Her tummy flipped. No, wait - it did a cartwheel - roundoff combo. He was in her space, he had sought her out, and he was flirting. Oh my god."

"For tonight she was his. Maybe they were just playing roles, but damn if it was the most natural thing he'd ever had to play at."

"You can't go through life beating yourself up about the same thing. If everyone else has moved on and sees it as a thing in the past, then maybe you can too. Because otherwise, you're only holding yourself back."

Awakening Kiss is another solid standalone entry in the world of Solsti and Watcher's. Newbies can jump in to the series with ease and author Kay includes a glossary at the end of the story as a handy reference. Full of action and romance, this is a read paranormal romance fans won't want to miss.