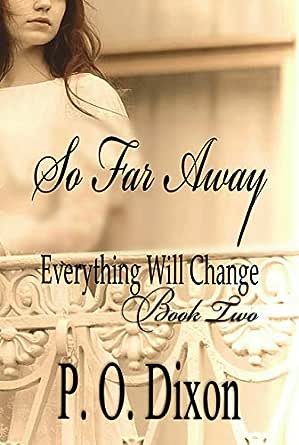 You've subscribed to Pride and Prejudice Everything Will Change! We will preorder your items within 24 hours of when they become available. When new books are released, we'll charge your default payment method for the lowest price available during the pre-order period.
Update your device or payment method, cancel individual pre-orders or your subscription at
Your Memberships & Subscriptions
There was an error. We were unable to process your subscription due to an error. Please refresh and try again. 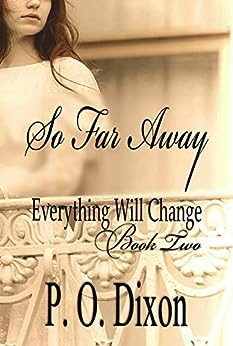 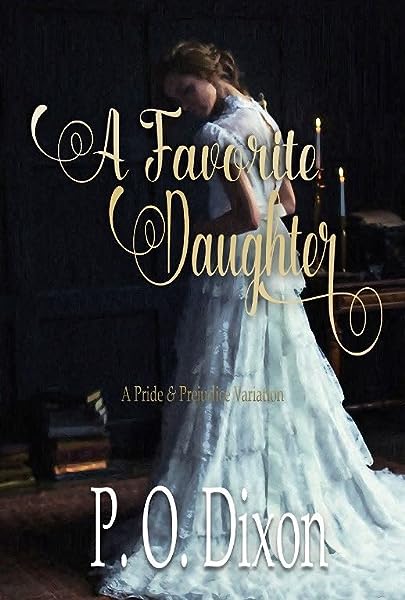 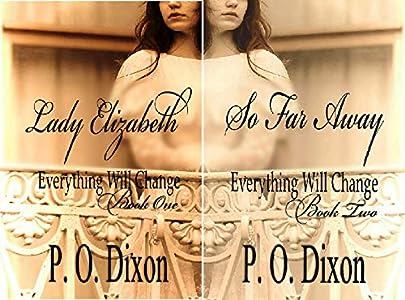 "I love the twists and turns this author weaves into this most beloved story. The nature of our favorite characters is not altered in this fresh approach." ~ Caroleinwv (Vine Voice)

4.4 out of 5 stars
4.4 out of 5
53 global ratings
How are ratings calculated?
To calculate the overall star rating and percentage breakdown by star, we don’t use a simple average. Instead, our system considers things like how recent a review is and if the reviewer bought the item on Amazon. It also analyzes reviews to verify trustworthiness.
Top reviews

Rating: Mature: no kidding: Book 2 in the ‘Everything Will Change’ series. It is best to read book 1 in order to understand the family dynamics of the Duke of Dunsmore’s family and what exactly happened to Elizabeth Bennet all those years ago. As the book blurb states, Elizabeth now knows her true parentage and has returned to Longbourn in order to get to know her Bennet family. Darcy promised to give her time to adjust to her new situation and that is where this story picks up.

Darcy and Elizabeth have agreed that she needs time to adjust to her new family. He has professed his love for her and he knows that she loves him. Before he left for Pemberley, he insisted that they would marry. Elizabeth was left with the hope of his return.

Darcy was leaving for Hertfordshire when a carriage accident nearly killed him. Lady Victoria was at Pemberley and insisted on helping nurse him. What she did was despicable. I can’t even mention it without giving a spoiler. Then there was a fire with the tenants. Fate seemed to be keeping Darcy from returning to Longbourn and Lizzy with several situations that required his involvement. Lady Victoria handed Darcy a supposed letter from Elizabeth breaking off their involvement. Darcy suspected that Lady V had written the letter as Elizabeth wouldn’t have written such a missive. He accused his cousin and she said something that made his blood run cold. He was only beginning to realize the depts of deceit that his cousin was capable of.

Once back at Netherfield, Darcy had to deal with Caroline and her cloying ways. Gracious, this was like trying to swim upstream. Everything that could interfere with ODC did. After spending time with Elizabeth, Darcy was called back to Pemberley when he received an express from Lord Matlock stating a family situation needed his attention. When I heard what the situation was…. I wanted to scream ‘NO’ at the top of my lungs. This was infuriating… it was unimaginable.

Back in London, Lady Victoria was horrid, cruel and a menace when in the presence of Elizabeth. This situation had to play out and we had to wait for the results. Darcy and Elizabeth had to endure so much. Other P&P situations from canon had to play out. The Lydia/Wickham scandal happened off the page and was handled rather quickly. Mr. Bennet this is at your feel. Lizzy tried to tell you.

The ending happened rather quickly and there was no epilogue. I rather wanted to know what happened after.

Elin
VINE VOICE
5.0 out of 5 stars Lady Elizabeth continues
Reviewed in the United States on September 24, 2017
Verified Purchase
What an absolutly thrilling read, the angst was excruciating though. The reunion of the Bennets was heart-wrenching but it was nothing compared to the angst inflicted by lady Victoria Fitzwilliam...

Elizabeth is on her way to reunite with the Bennets. She spends her time getting to know her long lost family. Darcy is planning to follow shortly but he is injured in a carriage accident, bedridden and under the influence of laudenum he is taken advantage of by his cousin. He returns to Heartfordshire but are soon summoned by the Earl of Matlock.
Being subject to the schemes of his cousin, he breaks his promise to Elizabeth and they are driven appart...

Loved the tender moments between the sisters and between Elizabeth and her brother, there was a really heart-warming one on a balcony at a ball.

I did feel Elizabeth gave in a bit too easily at the end... Darcy chose to honour his cousin over his promise to Elizabeth, I would have thought that the wound would not heal without some rebuilding of trust. However, that is nitpicking and not enough to deduct a star.

S. L. Majczan
3.0 out of 5 stars Now that you have met your biological family...
Reviewed in the United States on June 3, 2015
Verified Purchase
3.5 stars
SPOILER: As much as I loved the first book in this series I have to say I was disappointed in this second book. My main objection is the unrealistic event of not only Lady Victoria Fitzwilliam being allowed to nurse and stay alone with Darcy in his injured and unconscious state but also the horrific sexual advances she made on his body while he was in that state. I don’t care if they were close and loving cousins or if the families allowed them time alone on many occasions; it is not acceptable behavior, not now, not then and not in JAFF, in my opinion.

This book tells the story of Elizabeth’s return to her biological family and her adjustment there. She does this while keeping ties with her “adopted” family. And they insist she keep her companion, her ladies’ maid and her dowry. I found the love and support, the visits, and the care given by the Duke, Avery, and Lady Sophia so gratifying. The Bennet family held no blame towards these important people in Lizzy’s life. But Lizzy finds her biological family as described in canon and even her relationship as her father’s favorite being reinstated makes no difference to Mr. Bennet when she points out his neglect in monitoring and disciplining his two younger silly daughters.

Mr. Collins shows up with expected results. Lady Catherine has no changes in speech or behaviors, just in location of such. Wickham is as always; again there is a brief interlude when he and Elizabeth seem to be friends as he pours out his troubles to her. Bingley: Bingley is even more tepid in his behaviors of showing up, paying attentions and leaving without an explanation. The soldiers’ presence and the Brighton adventure remain a part.

But at the center of our story is our dear couple, Darcy and Elizabeth. They have declared their feelings to each other at the end of Book 1 but he now stays away to give her time to adjust and find her footing in her “new family” and in her new position in society. They can’t write as there is nothing formal in their attachment so they get little news of each other. When he does set out to visit Hertfordshire…well, here I am not going to go any further. Events, people and circumstances turn against them. The misunderstanding between ODC is a new variation from Jane Austen’s P&P.

Much is taken from canon in this book. We read snippets and paragraphs of the same dialogue. Darcy and Elizabeth do get their HEA but it is not while strolling the lanes around Longbourn. I read this book in one day and was happy to learn the rest of the story. I just could have done without the event I mentioned in the first paragraph.
Read more
7 people found this helpful
Helpful
Comment Report abuse
See all reviews

Eureka
3.0 out of 5 stars Sorry but definitely not quite Austen!
Reviewed in the United Kingdom on August 8, 2016
Verified Purchase
Lascivious details of sexual activity foreign to Austen ethos and superfluous to plot described at length in Ch6 is objectionable though essential to story line . Otherwise very enjoyable as sequel to previous story
Read more
Report abuse

Mary Moloney
4.0 out of 5 stars So far away
Reviewed in the United Kingdom on February 5, 2016
Verified Purchase
Enjoyed reading this book which was very well written and indeed I also enjoyed Book 1 in the series. Look forward to reading others from this author.
Read more
One person found this helpful
Report abuse

Amazon Customer
5.0 out of 5 stars Shades of Pemberley
Reviewed in the United Kingdom on December 7, 2015
Verified Purchase
A cleverly constructed novel faithful to the original 'Pride and Prejudice' in so many ways. This may even become a new classic!
Read more
One person found this helpful
Report abuse

Anne Gould
5.0 out of 5 stars Great read. Good humoured.
Reviewed in the United Kingdom on March 13, 2016
Verified Purchase
Great fun. Well interwoven with the actual story. Some events stretched the reality of the period but didn't spoil the plot.
Read more
One person found this helpful
Report abuse