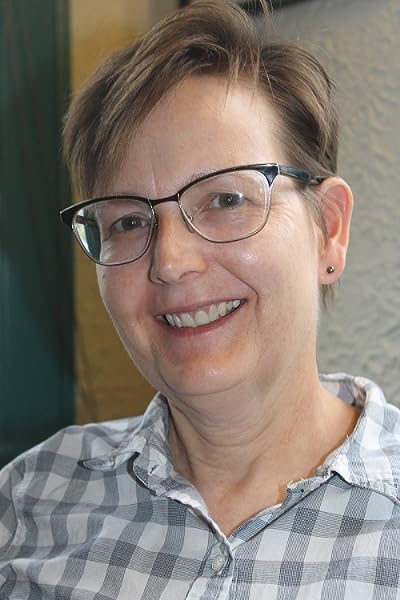 "Fantastically detailed, thoroughly documented, frightening and fascinating. Ms. Davis's account of the Axeman is likely to be the final word on the subject.” —Keven McQueen, author of Gothic and Strange True Tales of the South

"Tackling one of the most perplexing serial killer cases in the annals of American homicide, Miriam Davis has produced an exemplary work of historical true crime.  Exhaustively researched,  crisply written, and as briskly paced as any fictional thriller, it is sure to stand as the definitive work on the subject. —Harold Schechter, author of The Serial Killer Files

“No American murders are stranger or more mysterious than those committed by the Axeman of New Orleans. And none are more desperately in need of the attentions of a first-rate writer and historian. Thankfully, Miriam Davis is both those things. Her account is original, revelatory—and also very exciting." —Mike Dash, author of The First Family and Satan’s Circus

“A riveting story of a serial-killer investigation in a time long before modern-day investigative techniques, or even the term ‘serial killer,’ was invented.” —Booklist, starred review

“This book is distinctive in the canon of Axeman literature… Robert Tallant is a legend among New Orleans history and literature lovers, so it’s no small hurdle Davis clears when she discredits some of his assertions…” and “…the book reads like a modern-day thriller.” —Louisiana Life

"Miriam Davis leaves no stone unturned in her study of a classic unsolved serial muder case, pursuing leads where no researcher has gone before and revealing previously unreported crimes, victims, and suspects. Those who think they 'know it all' about the Axeman are in for a thrilling surprise." —Michael Newton, author of The Encyclopedia of Serial Killers

“That’s how it reads: a page-turner of violence and skillful research.” —The New Orleans Advocate

Miriam C. Davis has a PhD in history and is the author of Dame Kathleen Kenyon, a biography of the most important female archeologist of the twentieth century. She lectures for Smithsonian Journeys and lives in Montgomery, Alabama.
Start reading on your Kindle in under a minute.

4.5 out of 5 stars
4.5 out of 5
49 customer ratings
How does Amazon calculate star ratings?
Amazon calculates a product’s star ratings based on a machine learned model instead of a raw data average. The model takes into account factors including the age of a rating, whether the ratings are from verified purchasers, and factors that establish reviewer trustworthiness.
Top Reviews

K. Bryant
5.0 out of 5 stars I love a good murder mystery
Reviewed in the United States on January 29, 2017
Verified Purchase
I love a good murder mystery, having grown up on Agatha Christie, Edgar Allen Poe, Sir Arthur Conan Doyle, Ellery Queen and the like. But this is the first non-fiction mystery I have read and I loved it! Every time I thought I knew who the murderer was, another twist, a new fact, another surprising revelation. Every time I thought I knew what would happen next, I was wrong. This is an excellent example of truth being stranger than fiction. Ms. Davis is an excellent writer, blending fact with speculation honestly, creating suspense and a desire to read through to the end as quickly as possible. I admit that I read this book much too quickly because I sympathized tremendously with the victims and their families and I wanted to know who had committed such heinous crimes. Now, however, I shall have the pleasure of rereading more carefully so I can savor the journey through the chapters. I highly recommend this book!
Read more
16 people found this helpful
Helpful
Comment Report abuse

Jeffrey W Altier
4.0 out of 5 stars a good true crime read that could have been great
Reviewed in the United States on August 7, 2017
Verified Purchase
Good coverage of an unsolved crime, though I wish there was a bit more to it. Davis gives the details nicely, but oddly I would have liked a bit more speculation into possibilities. I think she was on to some possible good ideas but never explored them as fully as they could have been. Was it the Black Hand, a psychopath, a crafty killer or somebody else? Why pick on Italians (mostly) and what made the killer choose to vary those methods? Was there a copycat killer? And finally, the author makes a decent case for killings continuing outside New Orleans after the killings stopped, but goes into very little detail-- which is a shame. I think she is really on to something that was totally missed by all others who have reported on this killer. Still, this is a good read that both me and my son enjoyed.
Read more
7 people found this helpful
Helpful
Comment Report abuse

Jimmy H.
5.0 out of 5 stars A real page turner!
Reviewed in the United States on February 9, 2017
Verified Purchase
What a wonderful read! If you like intrigue, crime, deception, twists, corruption, truth that is sometimes more bizarre than fiction and all of that told in good old-fashioned, crisp, straight-up writing, then the Axeman of New Orleans is a must. This book is fantastically researched, detailed to the tee, beautifully paced and full of surprises. Miriam Davis has done a wonderful job in tackling the true account of the New Orleans serial killer from the 1900's. I had never heard of the Axeman in any context before now but her vivid prose and wonderful storytelling kept me flipping page after page.
Read more
12 people found this helpful
Helpful
Comment Report abuse

Teresa Ramseur
5.0 out of 5 stars Interesting
Reviewed in the United States on October 30, 2017
Verified Purchase
This book came to my attention after the author appeared on a local newscast. I haven't read a true-crime story that interested me this much in a long, long time. Well-written and researched the author definitely did her homework. I on on the other hand, had never heard of The Axeman of New Orleans before reading this book. I found this to be an interesting read, transported back in time, as I read. I can only imagine what living during this particular time, was like. It also provided a look into the crime-solving methods of the day, as well as insight into the legal system.
Read more
3 people found this helpful
Helpful
Comment Report abuse

Ann D. H.
5.0 out of 5 stars The stuff of "Criminal Minds."
Reviewed in the United States on January 28, 2017
Verified Purchase
The stuff of "Criminal Minds." The strange story of a serial-killer and lots of flavor of New Orleans a century ago. Murders committed ten years later in other parts of Louisiana may or may not be the work of the original Axeman. The tension of false accusations and a "miracle" that saved the condemned - all recounted with great suspense. Davis does not figure out who the Axeman actually was, but the whole story is laid out and the right questions raised. Read this book through in one day. A real page-turner!
Read more
5 people found this helpful
Helpful
Comment Report abuse

BOOKCHC
5.0 out of 5 stars Early 20th Century Thrills and Chills!
Reviewed in the United States on June 26, 2017
Verified Purchase
I was not familiar with the story of The Axman of New Orleans until I met Dr. Davis in 2016 when she was our lecturer on a Smithsonian tour. After hearing about the case, I was eager to read the finished book. It does not disappoint. Miriam Davis tells a compelling story based on meticulous research on the victims, the accused and the local authorities. The term serial killer had not been invented when the crimes occurred and the newspaper accounts vary from inflammatory to tragic. The grisly deaths of the hard working Italian immigrant grocers and their family members have never been officially solved and Dr. Davis offers a well thought out and plausible explanation. I found myself thinking about the condition of our outside doors and window locks as each story unfolded. The illustrations contribute to the narrative. I recommend this book for all adult readers.
Read more
2 people found this helpful
Helpful
Comment Report abuse

Avid Reader
4.0 out of 5 stars Excellent crime book- Non Fiction
Reviewed in the United States on May 12, 2017
Verified Purchase
Excellent crime book. Great job by author of researching and documenting case of serial killer in New Orleans (and vicinity) during early part of twentieth century who was never caught. Good read and compelling, especially if you have any familiarity with the New Orleans area or police work.
Read more
4 people found this helpful
Helpful
Comment Report abuse

Johnny Bluerose
5.0 out of 5 stars Interesting book about an interesting crime
Reviewed in the United States on July 2, 2020
Verified Purchase
I love reading about crimes that never got solved this was a very interesting because I was born in New Orleans so I knew the area that they was talkin about those very interesting to me it's amazing how back in the old days as we call them people could get away and unsolved crimes like Jack the ripper the servant-girl killer and the axeman of New Orleans
Read more
Helpful
Comment Report abuse
See all reviews from the United States

Page 1 of 1 Start overPage 1 of 1
This shopping feature will continue to load items when the Enter key is pressed. In order to navigate out of this carousel please use your heading shortcut key to navigate to the next or previous heading.
Back
Next
Pages with related products. See and discover other items: history of new orleans, true history stories