and millions of other books are available for Amazon Kindle. Learn more 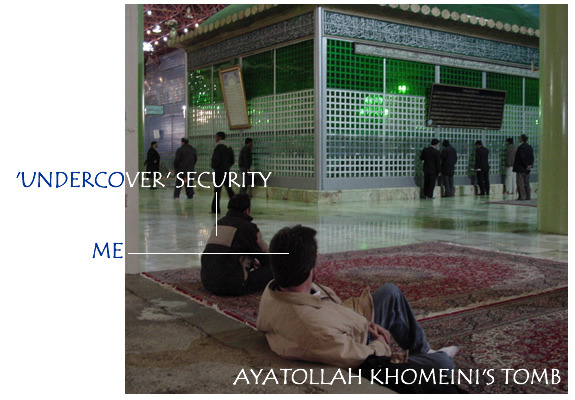 by Scott Fisher (Author)
4.2 out of 5 stars 19 ratings
See all formats and editions
Sorry, there was a problem loading this page. Try again.
Read more Read less
Previous page
Next page

Scott Fisher has been living and traveling in Asia and the Middle East for the better part of the past 15 years. During that time hes almost gotten blown up by Khmer Rouge landmines in Cambodia, shot by soldiers in Vietnam and South Korea, felled by a jungle fever in Borneo, stranded in Siberia, arrested in Tehran, and mortared in Baghdad. Over the same period hes been a grad student in Korea, worked as an Asia specialist for the Joint Chiefs of Staff at the Pentagon, served with the U.S. Department of Defense in Baghdad, and currently makes his living as a writer, business owner, and English professor in Seoul, South Korea.
Start reading Axis of Evil World Tour - An American's Travels in Iran,... on your Kindle in under a minute.

4.2 out of 5 stars
4.2 out of 5
19 global ratings
How are ratings calculated?
To calculate the overall star rating and percentage breakdown by star, we don’t use a simple average. Instead, our system considers things like how recent a review is and if the reviewer bought the item on Amazon. It also analyzes reviews to verify trustworthiness.
Top reviews

S. Warfield
5.0 out of 5 stars Traveling through North Korea, Iraq and Iran
Reviewed in the United States on May 13, 2017
Verified Purchase
I really loved this book. I've read a lot of books about North Korea, so when I saw that the countries that the author was going to visit included North Korea along with Iraq and Iran, this book was right up my alley. The author's home base at the time was South Korea (I don't know if this is presently his home) but he is American by birth. He chose to visit these countries to see what they are really like and what the people are like rather than assuming like many that they are all American-hating people who wish us harm.

North Korea's Pyongyang airport via Beijing in an old Koryo airplane was the way into the country with a tour group. The author figured this would be the best way to go and to tour. There were Japanese tourists among the group and some Germans as well. Scott Fisher was assigned a tour guide who was with him from the time he got up and ate breakfast until he went to his hotel to sleep at night. It was a fairly hectic schedule where they went from one site to another with the guide always saying, "Hurry, hurry, hurry." One thing that Mr. Fisher noticed was how spotlessly clean the country appeared. Of course he was taken to the huge Tower of the Juche Idea. Juche is the ideology that Kim il-sung developed that stresses self-reliance and independence. This takes the burden off the governnent to feed its people and puts the people on their own to find food while the money goes for towers and huge statues of leaders (and weapons development). He also was taken to the statue of Kim-il-Sung where the protocol is very strict for honoring him with flowers and the correct kind of bow. North Korea has an Arch of Triumph which the guide pointed out that it was much bigger than the one in Paris. One of the most sobering parts of the tour was the trip to the DMZ with its million soldiers and its closeness to where Mr. Fisher lived on the other side of it.

This part was very interesting because the author did not get to meet or talk to many local people in North Korea even though he spoke Korean. They are very wary of Americans since we are terrorists and killers to them ( brainwashed into them by the regime) and many are afraid of Americans. After reading this first part of The Axis of Evil I would love to go to North Korea, but I'd be afraid of making some little mistake that would land me in jail. It doesn't take much.

In another year or two, the author went to Iraq as a non-military government worker via a military cargo plane as part of the group looking for weapons of mass destruction. This was after the fall of Saddam Hussein, so Fisher's office was in a part of the wrecked palace that used to house the Baath party for R & R... The palace was surrounded by a moat and other water and he makes a good observation that in the desert those in control are the ones who have water. Mortar fire was a routine daily and nightly occurrence that he soon became used to since it was coming from the other side of Baghdad and he was on a military base. Home was a shabby trailer with nothing on top to protect them from mortars. Other countries' military lived in trailers that were built up on top with protection. He sat at a desk all day and as the project wound down he had less and less to do. He had very little interaction with the Iraqi people since he was almost exclusively on the base. At this point after 3 months in Iraq at a desk, the author resigned. Nothing was getting better in Iraq.

Scott Fisher arrived in his third and last country via Iran Air flight 801 in Tehran. He was met promptly by his guide who took him around the country to see both modern and ancient sites. I liked this part of the book best of all. Everywhere that he went, Fisher was greeted and welcomed to the country by the most friendly people he had yet to meet. The Iranians told him how friendly a people they are and that they don't hate Americans, just our government. Due to U.S.sanctions they cannot watch U.S. movies and have only a few Iranian channels and a couple of international channels to watch. As the guide took the author around, he was met with only smiles and welcomes. It made me realize that we have to meet the real people of a country or a society before judging them as the enemy or as someone who hates us because their government said so.

I would like to read more of Scott Fisher's books, especially about North Korea. He has a nice casual style of writing and inserts a good bit of humor. He speaks Korean and shocked a few people who didn't know and he also learned a good bit of Farsi while in Iran. Great book.
Read more
One person found this helpful
Helpful
Report abuse

Peter G
5.0 out of 5 stars Unique view of hard to access locations.
Reviewed in the United States on March 10, 2015
Verified Purchase
Really enjoyed reading this account of someone who was there on the ground in countries that are so often portrayed simply through their foreign policy. I found Iran the most intersting of the countries visited, as there was true interaction with local people. It's amazing to get to hear unfiltered stories from the people that make up these places. North Korea was intersting as well, but obviously people were guarded. Still a very unique book and well worth the read.
Read more
One person found this helpful
Helpful
Report abuse

Tony Talarico
4.0 out of 5 stars A very good account of a well-traveled man
Reviewed in the United States on August 24, 2014
Verified Purchase
I enjoyed this book. I bought it to read about North Korea, but I found the chapters from Iran to be a pleasant surprise. Three very different countries, with separate histories and cultures and contemporary challenges, and I liked reading about the author's highly constrained terms of travel in each country. I'm not sure if I will ever visit any of these places, so I am thankful that this book took me to them.
Read more
One person found this helpful
Helpful
Report abuse

Eric
5.0 out of 5 stars Great read
Reviewed in the United States on January 17, 2013
Verified Purchase
Engaging and well written. Scott's common man view of the extraordinary places he visited gave me a better understanding of the often stereotyped views of these three countries. I found his one on one encounters the most telling of the disparities between the rulers and governments of countries and of the people they rule.
Read more
One person found this helpful
Helpful
Report abuse

V. D Hill
5.0 out of 5 stars Great read, especially for the price!
Reviewed in the United States on June 4, 2012
Verified Purchase
The book is informative, he gave us an honest portrayal from boths sides of all three countries he visited. The best part was the humor, at times the book had me literally laughing out loud. I learned alot about three countries I will probably never visit.
Read more
One person found this helpful
Helpful
Report abuse

David Towns
3.0 out of 5 stars Interesting perspective on three countries in the news
Reviewed in the United States on April 23, 2013
Verified Purchase
I found this book to be entertaining, after I realized that the book was not what I thought it would be. However, after completing the book, I realized another way to look at those three countries. Turns out I learned a lot more than I planned on.
Read more
Helpful
Report abuse

Kindle Customer
5.0 out of 5 stars Interesting book-learned a lot
Reviewed in the United States on March 12, 2012
Verified Purchase
This is a good read. I learned quite a bit about North Korea. I never lost interest in the book and read it cover to cover in about a week. I read this via Kindle, not a hard cover book. I would read another book from this author.
Read more
Helpful
Report abuse

Ann Mayer
5.0 out of 5 stars Very good incite both these countries
Reviewed in the United States on June 30, 2013
Verified Purchase
An important read for me. I needed to be reminded that governments are not the same as the people they govern. WELL WRITTEN I felt as if I had made the visits. I feel it is an accurate account of the people.
Read more
Helpful
Report abuse
See all reviews
Pages with related products. See and discover other items: korea guide
Back to top
Get to Know Us
Make Money with Us
Amazon Payment Products
Let Us Help You
EnglishChoose a language for shopping. United StatesChoose a country/region for shopping.
© 1996-2021, Amazon.com, Inc. or its affiliates