The Ayahuasca Sessions and millions of other books are available for Amazon Kindle. Learn more 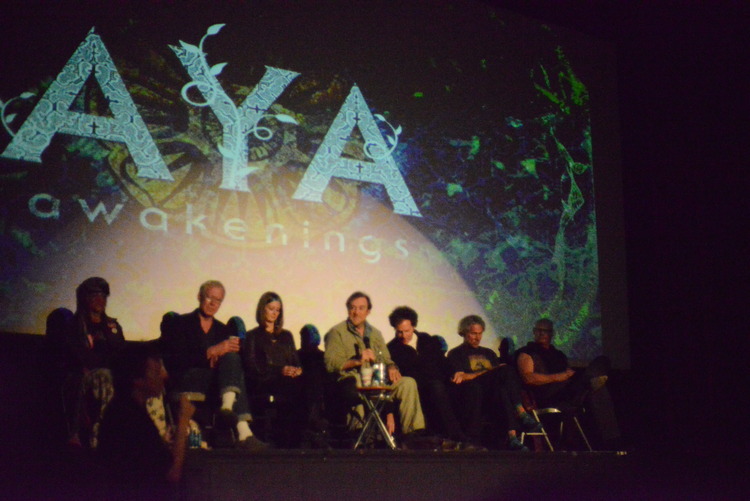 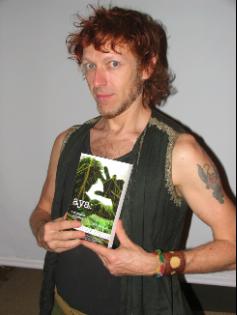 The Ayahuasca Sessions: Conversations with Amazonian Curanderos and Western Shamans Paperback – May 27, 2014

The Amazon Book Review
Get curated book recommendations every week. Read it now.

"I think the world is in serious need of healing and … and waking up.… The global ayahuasca movement and the rediscovery of the Archaic is an encouraging thing." --Dennis McKenna, ethnobotanist and author of The Brotherhood of the Screaming Abyss

"A memorable--and deeply personal--journey into the hearts and minds of those who carry on the shamanic traditions of ayahuasca." --Rick Doblin, president and founder of the Multidisciplinary Association of Psychedelic Studies (MAPS)

RAK RAZAM is a new wave entheogenic researcher and the cofounder of Undergrowth.org, Australia's leading online counterculture arts and literature magazine, and the Icaros Foundation. An author, freelance journalist, and editor, he specializes in underground and counterculture communities, spirituality, and technology. He has written features for Australian Penthouse, The Age, Dazed and Confused magazine and Dazed Digital, Disinfo.com, Reality Sandwich, High Times, Filmmaker magazine, and many other publications. The author lives in Mullumbimby, New South Wales, Australia.
Start reading The Ayahuasca Sessions on your Kindle in under a minute.

inayat2012 on youtube
VINE VOICE
3.0 out of 5 stars A mashup of interviews of characters of various sorts
Reviewed in the United States on February 12, 2014
Verified Purchase
This appears to be a set of interviews done around a gathering of the Amazonian Shamanism Conference and some of the notable folks in attendance. The quality of each interview varies based on the personality involved. If this topic is an area of interest, you can consider this an optional book. There are few insights in here that you will remember.
Read more
3 people found this helpful
Helpful
Report abuse

QUETLA
5.0 out of 5 stars EXCELLENT
Reviewed in the United States on December 27, 2016
Verified Purchase
EXCELLENT. This book has changed me. Let it change you also. Get it.
Read more
Helpful
Report abuse

Theresa Jump
4.0 out of 5 stars Enjoyable and Interesting
Reviewed in the United States on January 16, 2013
Verified Purchase
"The Ayahuasca Sessions" is an interesting collection of interviews from (primarily) the community - whether presenter or attendee - of the 2nd Annual Amazonian Shamanism Conference in Iquitos, Peru. Enjoyable to read the thoughts and ideas shared - from the seasoned ayahuasquera/o to the initiate who has just arrived in a new world - "The Ayahuasca Sessions" has something for anyone interested in `all things ayahuasca'.
Read more
One person found this helpful
Helpful
Report abuse

Jamie L. Oneil
5.0 out of 5 stars Fascinating Read
Reviewed in the United States on June 22, 2014
Verified Purchase
This is a collection of interviews with curanderos with diverse backgrounds. I found the interviews to give an authentic view of curandismo. Bravo for asking and documenting the different viewpoints on Western ayahuasca tourism.
Read more
Helpful
Report abuse

Benton Rooks
5.0 out of 5 stars Lizard Wisdom: A Review of The Ayahuasca Sessions by Rak Razam
Reviewed in the United States on June 1, 2014
[Original review found on Reality Sandwich.com]

In my previous article “20 Essential Books on the Mysterious Power of Ayahuasca”, Rak Razam (one of the co-coiners of the term “entheodelic storytelling” along with Graham Hancock, Jeremy D. Johnson and I) had the great honor of having two books on the list; The Ayahuasca Sessions and Aya Awakenings (now a documentary). On May 27th, 2014, The Ayahuasca Sessions received a proper reprint from North Atlantic Books, which includes a much improved cover and stunning full color photo inserts, not found in the older, now out of print version.

Sessions skirts around some of the central paradoxes of ayahuasca tourism. Early in the book Rak prompts Guillermo Aravelo to admit that the vine itself is the shaman and initiator, and the shaman is only the facilitator (the one that is often needed). Controversially, I myself am a solitary drinker and have no intention of traveling to some remote location when I’m able to safely commune with the plant spirits that I’ve already developed a relationship with in my own garden, though before coming to the medicine I had extensive history with an esoteric initiation into Hindu mysteries, so I was not without some preparation for the inner demons that assail those traversing the inner planes. I do not intend to discourage those who want a more traditional experience in Peru or Brazil, especially for the first time, but I do not see either path as having more or less spiritual import and value.

The great strength of the interviews found Sessions is its down to earth conversational style, which works in bridging the gap between indigenous curanderos, Western shamans, and ayahuasca authors. Rak’s talk with Jan Kounen was of particular interest to me as a graphic novelist who is interested in incorporating the holographic visions of the grandmother vine into visual art, and while I won’t spoil it, I think that it’s his best interview by far, from an insider ayahuasquero point of view, rather than the typical celebrity obsessed media culture plugs one often finds relating to film.

Another strange striking example of surreal synchronicity is hearing Adela Navas de Garcia, a curandera from the Amazon, talk about seven songs that came to her from the multidimensional lizards and snake totems that are relatively common in the thralls of the aya trance. As the seven Lizard Kings factor into my graphic novel KALI-YUGA—penned well before I met Rak—this was a welcome addition to what I could explore and reference within the deep non-linear structure of the comic.

Apparently, the spirit-reptiles taught Adela seven icaros, known as the magical songs that are meant to lead the shaman into deeper levels of trance in innerspace, in order to give power over shamanic totems and protection in order to ward off negative entities. She also states quite emphatically “shaman women can be better healers.” Be ye wise as serpents, indeed.

Other myths and common misunderstandings about the medicine are dispelled right away, such as the oft-cited purge, which many California bros are quick to point out, that “they wouldn’t want to be s***ting and puking their brains out while tripping, man.” Fortunately, those that have done more than simply read on the subject know that the initial cleansing stage—wherein the spirits literally force you to throw away the black-energy vibes that many of us have picked up simply by existing in Western civilization— can be relatively quick for some people. Graham Hancock relates that he stopped having deep purging around the 10th ceremony or so, and I have experienced a similar indication that heavy purging does not last forever, allowing for a more enjoyable “walk to the other side of reality”, as Hancock calls it.

Getting to the heart of the central metaphysicality of the medicine is one of Rak’s fundamental strengths as both a student and teacher. In a later part of his interview with Guillermo, he asks about the deeper aspects of the spirit planes that lie beyond the more commonly referenced astral planes (such as the causal plane, as depicted in various comparative cosmological maps at kheper.net/topics/planes/.) In the causal plane it is said that a single thought may become an entire universe for the soul to be trapped in, and in the dimensions of pure spirit that lie beyond all causality there is the idea that the spirit is beyond all duality, or beyond the language of heaven and hell most commonly found in the astral universe. According to Peruvian curanderos these are not mere metaphors, but tell-tale experiences and signposts of deep innerspace exploration lying within the sacred medicine.

For those that are already familiar with the subject matter, Rak goes far deeper in The Ayahuasca Sessions than most books I’ve encountered on the subject, as he is not afraid of controversy. For the new comer, it is perhaps the best introduction because of it’s wide scope within the singular focus of the esoteric mysteries. Sessions, like the vine itself, works on a heart-chakra based, conversational level approach, honed in on the lived experience of the medicine path itself—not merely the seemingly detached scholarly explanation of it. From this point of view it is essential reading material, and I highly recommend it.

[Those interested in the subject as it relates to psychedelic culture as a whole please be sure to check out Rak's amazing podcast "In a Perfect World", for more subtle nuances on the subject matter.]

Lhall
5.0 out of 5 stars Fabulous insight
Reviewed in the United Kingdom on September 9, 2013
Verified Purchase
This book offers great insight into the world of shamanism from traditional curanderos and western shamans. Rak Razam is an inspiration and his work continues to enlighten many.
Read more
Report abuse

Ilzamar
3.0 out of 5 stars The Good, Bad & Ugly
Reviewed in Canada on December 3, 2015
Verified Purchase
I learned a great deal from this book and about 50% of that was what I absorbed from between the lines, so to speak. I was disappointed that the vast majority (3/4) of ayahuasqueros interviewed were white and 95% were male (although most Indigenous practitioners are male). I'm interested in how colonialism has impacted the skewed gender representation among Indigenous practitioners which was never discussed. Nothing related to colonial dynamics was explored, which is too bad because it's absence leaves a huge vacuum in the knowledge being shared. I found descriptions of the current social dynamics where the increased interest of Whites from other parts of the world in ayahuasca has resulted in a huge influx of cash for healers, some of whom leave their communities to treat tourists and train wannabes. There's a downward cycle of how more industry and consumerism brought by colonizers, tourists and thrill seekers is destroying the environment and ceremonial integrity of plant healing practices. This was touched on but not analyzed in the book, which might be a good thing because it doesn't seem to me that Razam has the capacity. That's too bad because the ayhuasqueros interviewed are contributing to those trends. At the same time the discussions are rich with wisdom teachings and challenge the dominant paradigm about reality. It really helped me in terms of changing my relationship to plant medicine, while raising questions about how to relate to plants on my own land, rather than feeling the need to explore them on lands that don't know me.
Read more
Report abuse