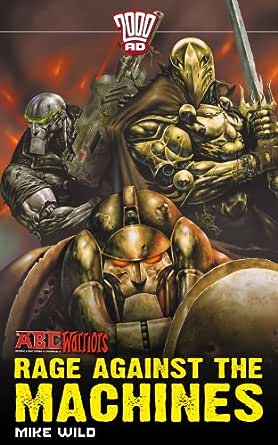 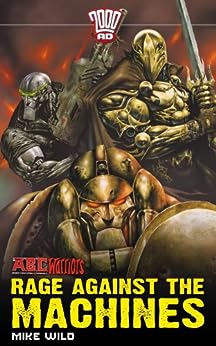 Pat Mills is the creator and original editor of 2000 AD. Apart from developing Judge Dredd, he is also the writer/creator of ABC Warriors and Nemesis the Warlock; as well as Charley's War, the classic anti-war story. Recently he wrote Marshall Law - Day of the Dead, a text novella published by Titan books, and ABC Warriors: The Medusa War, in the Black Flame novel series. --This text refers to an alternate kindle_edition edition.

3.5 out of 5 stars
3.5 out of 5
5 global ratings
How are ratings calculated?
To calculate the overall star rating and percentage breakdown by star, we don’t use a simple average. Instead, our system considers things like how recent a review is and if the reviewer bought the item on Amazon. It also analyzes reviews to verify trustworthiness.
Top reviews

average
3.0 out of 5 stars Super Reader
Reviewed in the United States on August 31, 2007
A bunch of robot superheroes, in the 2000AD 'we shoot stuff, a lot' sense, vs a planetary entity (Mars), that has gone insane.

Bad things happen. The ABC Warriors are more human than the humans, except they don't bleed, and if you shoot them with a death ray, they will survive, rather than vaporize.

Plus a lot of pop culture references that will leave you chortling, better than 'John Cartier of Mars', although that is in there.

Jackson Doud
3.0 out of 5 stars What an odd book...
Reviewed in the United States on May 4, 2007
I got this book for free while at a convention. The Black Library was there and I purchaced a number of their books and in doing so was told to take a free book from the bin. Having seen the Judge Dredd movie I was intreagued by the ABC warriors so I picked it up. The book starts off strange and then takes a left turn into wierd. It assumes that you not only already know the characters but that you know of their entire history and the world in which they live. This seems odd as there is only one other book available and it can't possibly relate all the information needed to segue into this one. Setting that asside I continued to read and was periodically confused by a number of things. Robots that need to eat and want to engage in sex? Robots casting magic spells? Seemly unlimited ammo and weapons? A planet attacking its inhabitants *literaly*? Any of these could have been ok if only there was a bit more explanation involved. The redeeming factor is the characters themselves. They're a typical "band of brothers" hodge podge with quirks and idiosyncracies that make them highly entertaining. Combined with the ludicrous number of pop-culture references interspersed thoughout the dialogue made for an enjoyable (if somewhat surreal) read.
Read more
4 people found this helpful
Helpful
Comment Report abuse
See all reviews

another consumer
5.0 out of 5 stars marvellous
Reviewed in the United Kingdom on April 3, 2013
Verified Purchase
this is brilliant. the ABC warriors are my all time faves from 2000ad a superb set of stories and all in the usual madcap style
Read more
One person found this helpful
Report abuse

Carol Brittney
1.0 out of 5 stars virtually unreadable
Reviewed in the United Kingdom on July 14, 2013
Verified Purchase
Over simplistic, Jumps from story to story too quickly and too often. Certainly not worth the ebook price, a good tale ruined. Did a young child write it?
Read more
Report abuse
See all reviews