B.P.R.D. Hell on Earth Volume 14: The Exorcist and millions of other books are available for Amazon Kindle. Learn more 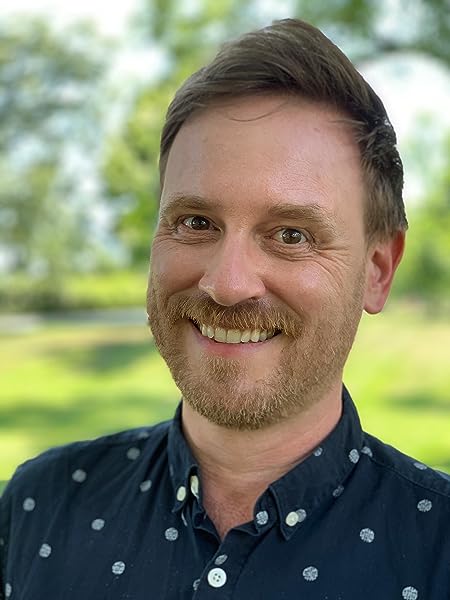 BPRD field agent Ashley Strode attempts to purge a demon from a 100-year-old exorcist, utilizing a deadly rite that sends both of them into a spiritual hell. When she returns, her commitment to fighting the forces of evil in the world leads her to a rural town where a demon-worshipping cult is believed to be kidnapping children.

Give the gift of Audible
Put the joy of great stories at their fingertips. Learn more

Mike Mignola's fascination with ghosts and monsters began at an early age; reading Dracula at age twelve introduced him to Victorian literature and folklore, from which he has never recovered. Starting in 1982 as a bad inker for Marvel Comics, he swiftly evolved into a not-so-bad artist. By the late 1980s, he had begun to develop his own unique graphic style, with mainstream projects like Cosmic Odyssey and Batman: Gotham by Gaslight. In 1994, he published the first Hellboy series through Dark Horse. There are thirteen Hellboy graphic novels (with more on the way), several spinoff titles (B.P.R.D., Lobster Johnson, Abe Sapien, and Sir Edward Grey: Witchfinder), prose books, animated films, and two live-action films starring Ron Perlman. Along the way he worked on Francis Ford Coppola's film Bram Stoker's Dracula (1992), was a production designer for Disney's Atlantis: The Lost Empire (2001), and was the visual consultant to director Guillermo del Toro on Blade II (2002), Hellboy (2004), and Hellboy II: The Golden Army (2008). Mike's books have earned numerous awards and are published in a great many countries. Mike lives in Southern California with his wife, daughter, and cat.

Start reading B.P.R.D. Hell on Earth Volume 14: The Exorcist on your Kindle in under a minute.

This Canadian comic book creator has worked for DC Comics, Marvel, Dark Horse, and other publishers. He is known for illustrating Catwoman and co-writing and designing the Batgirl of Burnside, and illustrating several collaborations with writer Grant Morrison. His work has been nominated for and won several comics industry awards, including Eisner and Shuster Awards for his self-published mystery webcomic Sin Titulo, an Eisner nomination for The Other Side, and nominations for Eagle and Harvey Awards.

Cameron's distinctive and detailed artwork gained him popularity amongst fans and editors, and he's enjoyed being the artist and sometime writer for books and film. In his career, Cameron has worked on many titles: The Invisibles, Seaguy, The Manhattan Guardian, Batman and Robin, Batman Incorporated, and Multiversity: Thunderworld, plus many more.

His work with author Chuck Palahniuk on Fight Club 2 landed the graphic novel on the New York Times Bestseller list for 6 months. They followed that book with another sequel, Fight Club 3.

Outside of comics, Cameron Stewart is an avid film-watcher who says that most of his work is influenced by his deep interest in visual storytelling, including movies, television, long-form video games, and animation.

Dakota
2.0 out of 5 stars Nice random story i guess
Reviewed in the United States on August 9, 2017
Verified Purchase
This is the equivalent of when animes do side arcs then have almost nothing to do with the main story. What pisses me off is that they chose to do it at the very end of the series, kind of completely killed the momentum set up in volumes 12 & 13 and then 14 has nothing to do with the story. I will say that the art work in this one is amazing, and a few of the creatures and stories are neat but I just kind of didn't and still don't care about this new character.
Read more
Helpful
Report abuse

Carolyn Bailey
5.0 out of 5 stars Ashley Strode the Exorcist
Reviewed in the United States on July 10, 2018
Verified Purchase
I liked how they took a lesser known side character and made her into something new. There have been people who do exorcism in hellboy and bprd before but not someone who was basically an exorcism powered superhero. Hope to see Ashley Strode again
Read more
Helpful
Report abuse

Steven Marksmith
4.0 out of 5 stars A qualified success
Reviewed in the United States on December 1, 2016
Verified Purchase
The art was fine. Before I bought it, I had the impression that the stories were written by a writer without Mignola being involved. That made me hesitate to buy it. But it turned out that Mignola did provide input. I was very glad of that. My only complaint is that the heroine, like Luke Skywalker and Dr. Strange (in the movie) and many other characters, becomes proficient at what they do much too quickly. It was too unlikely to suspend my disbelief over it and I simply moved on to the rest of the story.
Altogether it's worth buying.

No More, Mr Mice Guy
4.0 out of 5 stars The happy interlude
Reviewed in the United Kingdom on June 19, 2017
Verified Purchase
B.P.R.D. Hell on Earth Volume 14: The Exorcist  collects issues #140-142 of the ongoing BPRD series along with the two-issue mini-series “Exorcism”.

The mini-series expands upon the life and career of a minor character from an old “War on Frogs” story – BPRD Agent Ashley Strode, and turns her from a bumbling trainee into the BPRD’s resident (or more properly, “travelling”) exorcist. The story in the main title is a second outing for her, now a fully fledged agent who comes and goes much as she pleases, hunting down expatriate demons and sending them back where they belong.

These are two ‘horror’ stories, much like the ones we used to see in Hellboy, rather than the current BPRD war stories.

These are excellently illustrated and scripted stories, which bring a welcome break from the apocalypse occurring in the main title, as well as being two excellent stories that will probably mean that Agent Strode will be joining the main cast before long.
Read more
One person found this helpful
Report abuse

mrs.christine henry
5.0 out of 5 stars Five Stars
Reviewed in the United Kingdom on December 31, 2016
Verified Purchase
Exelent
Read more
Report abuse
See all reviews
Back to top
Get to Know Us
Make Money with Us
Amazon Payment Products
Let Us Help You
EnglishChoose a language for shopping. United StatesChoose a country/region for shopping.
© 1996-2021, Amazon.com, Inc. or its affiliates