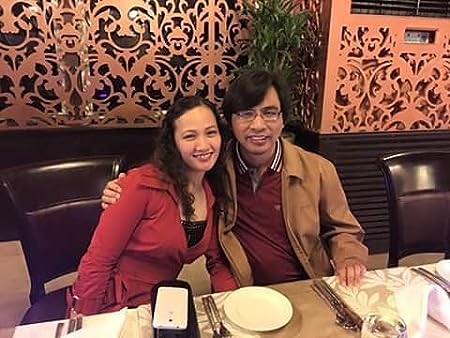 B. Lising believes in the perfect consistency of the Scripture—that all books of the Bible hold only a single message. He is also convinced that the last book is the summary of the whole Bible—the book of Revelation will connect all the dots and will reveal to us the big picture.

B. Lising got his first copy of the Bible at the age of 14. The year was 1986, and after only twelve months, he was able to read entirely the Old Testament once and the New Testament twice. He recalls that he did not understand much then, but he loves to read the Scripture.

Three decades later, he was able to write his first book Laodicea—Why the World Is Not Yet Ready for the Second Coming. His other books are Four Teachings That Have Shaped World History and Back to Where We Came From—Our Foretold Journey. These articulate and well-presented manuscripts will give readers a clear understanding about the origin of mankind and will provide the blueprint to prepare for the Second Coming.

B. Lising is a mechanical engineer by profession and currently living with his beloved wife and four wonderful children.

Titles By B. Lising 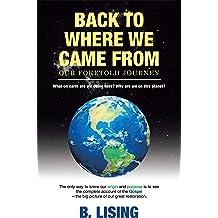 We would normally try to understand things by seeing their origin. If we could know their beginning, then we would know their purpose. But how about humankind, what is our starting point?

The Gospel is the one and only connection we have from Eternity. This means that the only way we can know our origin and purpose is to see the whole account of the Gospel.

The author believes in the perfect consistency of the Scripture--that all books of the Bible hold only a single message. He is also convinced that the last book is the summary of the whole Bible--the book of Revelation will connect all the dots and will reveal to us the big picture.This manuscript will give readers a clear understanding about the origin of mankind before the beginning of time, our foretold journey on earth, and our new beginning after the ending of time.This is the Big Picture of Our Great Restoration.
Read more
Other Formats: Paperback 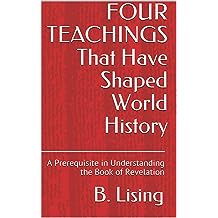 One of the utmost misconceptions in the Church today is the way God's people think about the last book of the Bible. The book of Revelation has long been regarded as the most divisive part of the New Testament (or of the Bible as a whole).

It is considered a controversial text containing apocalyptic imagery and mysterious symbolism that many say predict the end of the world (doomsday). For this reason, many do not even take time to read this important part of the Scripture (the end part). Yes, the end part is the most significant part. It is placed intentionally and strategically at the ending.

In fact, the first generation of believers had waited for this final epistle in full anticipation. It is supposed to contain the final instruction of the Lord Jesus before His Second Coming. Unknown to many, the book of Revelation is actually the summary of all the books of the Bible.

The book of Revelation, as the name suggests, means that this book has been given not to confuse the Church but to reveal the full Gospel message. The word revelation means the act of making something known that was secret--an enlightening or astonishing disclosure. The last book of the Bible is meant not to baffle us but to enlighten us.

This controversial book was never written to confuse the Church--it is the testimony of the Lord Jesus, so it was designed to provide clearness.

FOUR TEACHINGS That Have Shaped World History is a prerequisite in understanding the Book of Revelation.
Read more 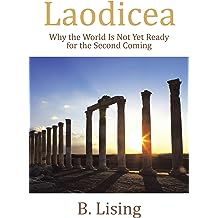 Laodicea: Why the World Is Not yet Ready for the Second Coming Nov 30, 2015
by B. Lising
$3.99
This book is for Gods chosen people whose names have been written in the Book of Life belonging to the Lamb that was slain from the creation of the world before the beginning of time.
Read more
Other Formats: Paperback