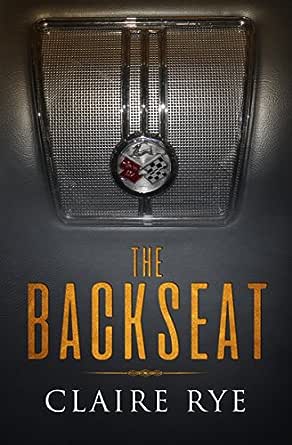 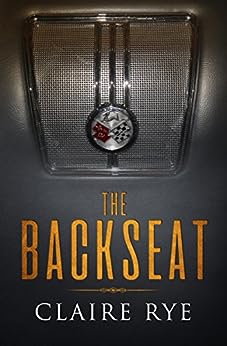 Claire Rye's self-assessment as an "old-school head banging, vegetarian, nature loving, history fan and sci-fi geek" captures the eclectic nature of her interests and influences.Understandably, her self-published novels are diverse in genres. Ranging from fantasy, science fiction, mystery to erotica.

Claire's non-conformist writing style means each book is unpredictable. However, regardless of the category of story, the quirky yet relatable characters and surprising revelations make for a rewarding journey.

Claire Rye started to explore the world of writing in 2015 when her flair for the written word was discovered accidentally. She kept an informal blog while travelling through the United States and Europe.  Claire found that her love of the unconventional helped her to look beyond the superficial. She discovered the ability to see 'the story behind the story' of the people and places she encountered.
An overwhelmingly positive and excited response to her travel blog triggered a curiosity that lead to an expansion of her story telling.
Claire Rye was born in Sydney Australia and currently lives on the Gold Coast. She continues to travel and develop her writing skills.

5.0 out of 5 stars
5 out of 5
3 customer ratings
How does Amazon calculate star ratings?
Amazon calculates a product’s star ratings based on a machine learned model instead of a raw data average. The model takes into account factors including the age of a rating, whether the ratings are from verified purchasers, and factors that establish reviewer trustworthiness.
Top reviews

MNM
5.0 out of 5 stars A Book About Remembering
Reviewed in the United States on February 24, 2018
Have you ever heard David Ball's song "Riding With Private Malone?" If not, you should, not because the music is extraordinary or the talent outstanding. You should listen to the song because whoever wrote it did a fantastic job imbuing a car with emotion and a past. The Backseat by Ms. Rye reminded me so much of that song.
The story isn't about a car, though. It's about the people's lives who own or come into contact with the car. There's the man that made the car on the line of a factory, the baby who was born in the backseat of the car, and even the doomed twins that once stole the seat out of the car to use at a bonfire party.
It's a great book.
Read more
Helpful
Comment Report abuse

Tilli
5.0 out of 5 stars A sweet, nostalgic gaze through the backseat window.
Reviewed in the United States on March 11, 2018
This is a truly exquisite, lovely book. One of the best reads I have stumbled upon lately. It consists of several short stories, spanning a century, if you also consider events that are narrated by some of the characters. All the stories are linked by a common denominator: an old car, a Chevy 1959. Writing interesting short stories is a rather difficult task, but the author created a real masterpiece here. Each story frames a detail, a specific situation in the life of each character, and doing so, it portrays an incredibly rich galaxy of human feelings and behaviours. The former being a constant, the latter changing with the changing times. I could not but admire Claire Rye’s insight into the human way of thinking; ability that must proceed from a careful and sensitive observation of people. Also, the idea of narrating a piece of common people history through the story of a car is somewhat poetic. First of all the car is a vehicle, so, even conceptually, what better prop to transport you across the decades? This car in particular, as it is also written in the second to last story, becomes a sort of time machine in order to do just that. I do not have a passion toward cars as such; still, cars do somehow become part of a family’s life, don’t they? There are many memories linked to specific vehicles you have owned through your life. I myself have bought my own little car twenty years ago, and I can say that I have sort of grown old with her, she has witnessed so many of my experiences, and been a silent confidante for so many outburst of feelings, that I couldn’t have been able to share with other people, for matters of convenience… Solitary speeches, song creations, poetry writing, short naps and much more, have all happened in that little metal shelter. Maybe also for this reason I was so delighted in this book. There is so much in it, that I think any person could find a piece of themselves in one story or the other. If I were asked, I wouldn’t know which story to pick as my favourite, starting from the first one to the very last one, none is pointless, no words are wasted, they are all essential parts of the final puzzle. There are some that are moving, such as the ones regarding the Richardson family; some contain an element of fun mixed with exasperation, such as the second one The Beginning; in others you will find the search for freedom and emancipation, or loneliness and incomprehension, many different themes. About loneliness and incomprehension, I think the story The Drifter deserves a special mention because it touches a very sensitive topic, exploring it from two opposite points of view and without any judgement on either side, as I intended it. It is food for thought and also very moving.
I will not disclose any details regarding the actual stories because I don’t want to spoil other readers’ experience. I will say that the book is very well written, in a sober and elegant style that you cannot remain indifferent to. As a bonus, although it is not a novel, it still has a surprise ending, which might even make you go back and pay attention to one detail you could have missed in one of the previous stories.
Read more
Helpful
Comment Report abuse
See all reviews from the United States