BETWEEN THE WORLD AND US and millions of other books are available for Amazon Kindle. Learn more 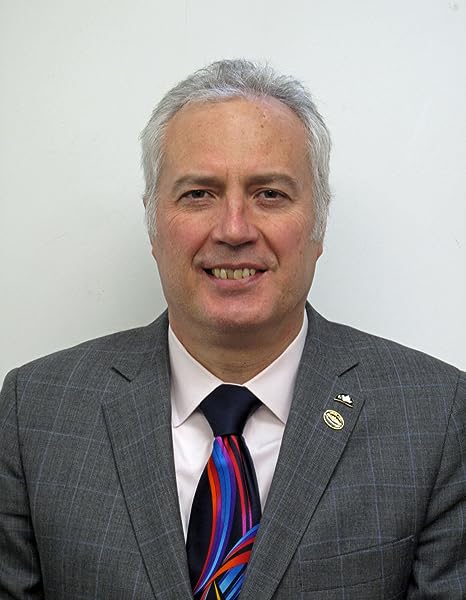 BETWEEN THE WORLD AND US: A workingman contemplates the history, present, and future of racism and classism. Paperback – January 17, 2021

by Valeriano Diviacchi (Author)
4.1 out of 5 stars 9 ratings
See all formats and editions
Sorry, there was a problem loading this page. Try again.

From Kirkus Reviews
"... An impressive cache of historical knowledge, ranging from Greco-Roman and military history to existential philosophy to modern scientific theory ..." "... an existentialist take for a working class audience ..."
The Midwest Book Review
"An exceptionally well reasoned critique that is both thoughtful and thought-provoking, 'Between the World and Us: A Workingman's Response to Between the World and Me' is a rewarding and a challenging read that is very highly recommended."
Start reading BETWEEN THE WORLD AND US on your Kindle in under a minute.

GIOVANNI DIVIACCHI
5.0 out of 5 stars Hope disguised as Despair
Reviewed in the United States on January 23, 2016
Verified Purchase
For everything that "Between the World and Me" wasn't, the Workingman's Response in "Between the World and Us" is one of Hope, disguised as Despair, through the written words of a workingman's father to his son. Peter's letter to his son challenged my notions of race and gave me a new perspective on class struggle. Class here being the intangible conflict between working and ruling classes, and the tangible struggle to become a good student of history.
Read more
5 people found this helpful
Helpful
Report abuse

Robert W. Moore
HALL OF FAME
1.0 out of 5 stars I smell something fishy
Reviewed in the United States on October 19, 2019
This doesn't smell right. I can find no evidence that this self-published book (most review sites refuse to review self-published books) was reviewed by the Midwest Book Review, and even if it was, was it reviewed by a friend of the author? Also, note that one of the five star reviews is by the author himself. If you have read Coates book, which by any standard is one of the most beautiful and powerfully written books of recent decades, perhaps the most powerful discussion of race since the death of James Baldwin. This self-published book will have none of that. The author assumes that he, a white man, has had a good experience with the modern world, Coates and other black males should have the same experience. But this is not so. A former co-worker of mine, a highly successful man of color who was a regional vice president at a Fortune 3 (at that time) company, told me about being pulled over on the side of the road on three separate occasions in Chicago suburbs because the police found it suspicious that a black man was driving a brand new Lexus. Their assumption was obvious: a black man in Chicago could only possess a Lexus if he stole it. I don't know what kind of car the author drives, but I'd bet that he has never been pulled over by the police on suspicion that he did not own his own car. There are dozens of not hundreds of books that would educate someone - just in case you can't tell by looking around you - but to try just one for an objective presentation of the way that the experience of African-Americans differs from that of whites, try the recent work by Richard Rothstein, THE COLOR OF LAW: A FORGOTTEN HISTORY OF HOW OUR GOVERNMENT SEGREGATED AMERICA, a depressing analysis of how our society, backed by the courts and federal and local governments manipulated banking regulations and various housing regulations to make sure that Blacks could only live where they wanted them to, i.e., away from Whites and with other people of color. So much for the Land of Opportunity (the nonironic State Motto of my home state of Arkansas, but something that we would love to think is true of America as a whole).

The author embraces a common fallacy: he takes his own experience in the world and attempts to universalize it. But that is a meaningless way to proceed. One person's experience of the world might not resemble another's at all.

And lest one assume that I write from a point of view different than the author, I will confess that I also am a product of a lower middle class family, the first to get a college degree. And although I got into grad school at Harvard, I chose to attend Yale, and later the University of Chicago for a doctorate. But unlike the author, I have not taken my experience and tried to make it the template for the experience of others. I have found that being white with a Yale degree has opened up a host of doors. But statistics overwhelmingly show that black males, who come from a socio-economic group with the smallest amount of inherited wealth in America, which leads to a world experience nearer to Coates than the expectations outlined in this dreadful book. I attended Yale in the late Seventies, but most elite schools have dramatically narrowed the number of nonrich students that they admit. I doubt that I would have been able to get into Yale in the 1990s. And leaving aside the experience of people getting into schools, a massive amount of economic evidence compiled by both government and private institutions shows that the current generation is the first since the New Deal in which children are likely to end up in a worse economic situation than their parents. America was once famous for being a place where people can pull themselves up by their bootstraps, but no longer. And that is even if you are white. If you come from a black family with little or no inherited wealth, you are even less likely to succeed. Coates's description of the world rings trust in every level than does the description in this self-published book.

In short, skip this. Even if the Midwest Book Review did in fact review this and say nice things (and that purported review just does not pass the smell test, especially where the author feels free to review his own book, thereby giving his book a five star rating it doesn't deserve). Also, I suspect that All of the five star reviews come from fake accounts. The Philip Hogan account is an obvious fake. The ONLY reviews on that account are five star reviews of books by Valeriano Diviacchi. I hate books that cannot succeed in their own virtues, and have to self-publish, where No editorial standards exists, instead of finding an actual publisher for their book. And then the author has to prop up the book's rating - and If he willing to bet that this is the case with all his books - with fake reviews. I don't begrudge the author publishing his book, but I do disrespect him employing fake reviewers and reviewing his own book. Coates, on the other hand, published his heart renderingly beautiful essays in one of America's leading magazines and then published the book with one of America's finest publishers, and his book then went on to become reviewed by nearly all of the leading publications in America and Europe, and has been proclaimed an instant classic. In short, I find the publication of this book - indeed, the need to well-known it at all - rather sad, another instance of what could be called White Fragility or White Anger. I can't imagine anyone actually wanting to read this book.

Note: please forgive any typos or strange expressions. I have typed this on a Kindle Fire while driving in a car as a passenger, and my Kindle keeps changing my words into completely different ones. Surely there is a way to turn autocorrect on a Kindle off. Oh well, I believe my main points will survive my unfriendly text editor. It affects things. For instance, for some reason it has decided that the words "in" and "the" should only appear capitalized. I've tried to catch all the instances where the text editor changed words when I didn't want it to, but I'm sure I've failed.
Read more
5 people found this helpful
Helpful
Report abuse

EarlRandy
1.0 out of 5 stars More of a zero than 1 star ...
Reviewed in the United States on March 8, 2019
Remember in the heyday of Hip Hop when a great record would spawn many imitators, most of which were far inferior to the original great album? Remember how "Roxanne Roxanne" spawned at least a dozen responses, and eleven of them were the equivalent of comparing a Da Vinci to a kindergartner's picture. Well, this book is the incompetent child's version of Ta-Nehisi Coates' brilliant Between The World And Me. Only a parent could prefer this to its obviously greater inspiration.
Read more
7 people found this helpful
Helpful
Report abuse

Grisha
1.0 out of 5 stars Man I'd hate to be this guy's son...
Reviewed in the United States on April 26, 2019
That's all I really want to say about this book.
Read more
5 people found this helpful
Helpful
Report abuse

Philip Hogan
5.0 out of 5 stars Deserves more stars.
Reviewed in the United States on March 16, 2019
Good introduction to They Hate if You're Clever and Depise a Fool. Together with his other works, Diviacchi presents a systematic moral and political
philosophy. It is timely and provocative in light of identity and the politics of division.
Read more
Helpful
Report abuse

Mark Robinson
5.0 out of 5 stars My former student
Reviewed in the United States on October 22, 2019
Brilliant book.
Read more
Helpful
Report abuse
See all reviews
Back to top
Get to Know Us
Make Money with Us
Amazon Payment Products
Let Us Help You
EnglishChoose a language for shopping. United StatesChoose a country/region for shopping.
© 1996-2021, Amazon.com, Inc. or its affiliates