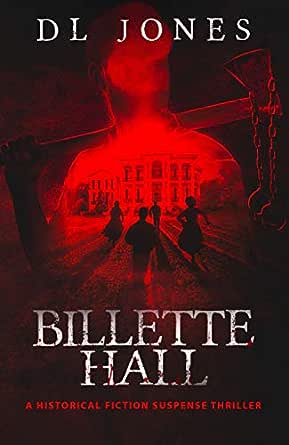 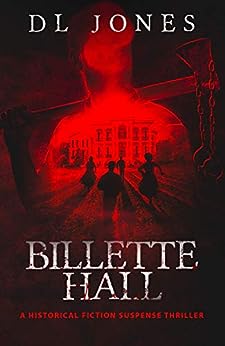 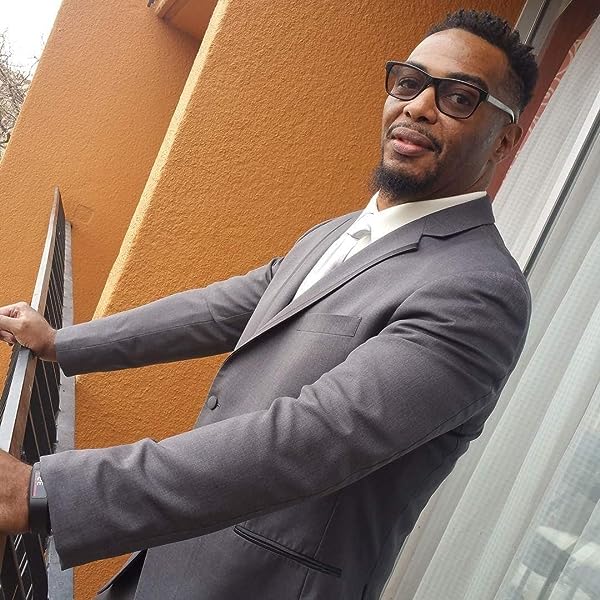 "BILLETTE HALL is a heartfelt and adventurous account of slavery beforethe Civil War. It skillfully exposes the variations among the planterclass and also among the sufferers of slavery. Mr. Jones brings hischaracters to remarkable life. I had no difficult in getting emotionally involved immediately."  - TheHauntedReadingRoom

DL Jones was born in Brooklyn NY, grew up in Newport News VA and has spent the last 8 years in Charlotte NC. He has served time in the US Army and works as an IT Professional. His first love has always been tech, well computers and the web specifically, which has led to a lot of writing. He has had several websites/blogs and podcast over the years. --This text refers to the paperback edition.

3.9 out of 5 stars
3.9 out of 5
11 customer ratings
How does Amazon calculate star ratings?
Amazon calculates a product’s star ratings based on a machine learned model instead of a raw data average. The model takes into account factors including the age of a rating, whether the ratings are from verified purchasers, and factors that establish reviewer trustworthiness.
Top reviews

Kindle Customer
5.0 out of 5 stars Horror the 13th
Reviewed in the United States on September 22, 2019
Verified Purchase
While this book has slaves in it, it is by far more than just about slavery. This story is a story of survival that will grab a hold of you and not let go. If you’re a fan of horror movies/stories then this is truly a great story for to indulge your fear into.
Read more
One person found this helpful
Helpful
Comment Report abuse

Clau
VINE VOICE
5.0 out of 5 stars Thrilling and moving.
Reviewed in the United States on January 7, 2019
I got hooked right from the beginning. This is a horror story inside a horror story. Slavery is horrifying enough, but if you add sadistic murders, what you have is a fast-paced, engaging thriller which also deals with themes like the right to life and freedom.

If that's not enough to attract you, think about great characters and writing, and emotionally involving plot. Me? I'm sold, and I'll be waiting for more books from DL Jones.

I received an ARC of this book, and this is my honest and voluntary review.

Dr. Patricia Eroh
5.0 out of 5 stars Wow what a great story
Reviewed in the United States on February 27, 2019
I loved this story. During a horrible time in history when so many people here and in other countries owned slaves, many treated them horribly, fortunately, this author chose to focus on the few people who worked toward treating slaves as human and equal, lest we forget those few people existed. Add to the horror of slavery, a horrifying killer on the loose who killed seemingly indiscriminately, whites as well as slaves, and did so in such a horrifying way.

My only struggle was the writing in the present tense which seemed a bit strange at times. Yet the story was so compelling and the storyline/plot so intriguing, it didn't matter in the end. I love this story. I have never read this author before but I will certainly watch for more good books from him.

I received this book as an ARC from AXP and am voluntarily providing an honest review.
Read more
One person found this helpful
Helpful
Comment Report abuse

Katie Thompson
5.0 out of 5 stars Bone Chilling
Reviewed in the United States on January 7, 2019
The issue of slavery is terrifying enough. The stories of how families are ripped apart, how human beings are treated as cattle and oxen, are horrific. And yet, the tales of brave souls that stood against this tyranny, that helped slaves run away from cruel masters and certain death to freedom, are shining examples of bravery and strength. Now, add to that a gritty (literally!) sadistic killer that can only thrive in the swamps of the South, and you have this evocative and chilling story.
Read more
2 people found this helpful
Helpful
Comment Report abuse

Tanyawriter
5.0 out of 5 stars Slave
Reviewed in the United States on May 18, 2020
She know she needs to break a few rules to escape her cruel.master. She gets all the other rounded up before they leave their cruel.master behind. On the way to a.safe place they will be in car more danger than they expect. They are being hunted and they are being picked off one by one. Can they escape the hunter? Can they reach safety before too many are killed? See if they get to.safety

Blanchepadgett
5.0 out of 5 stars Great story
Reviewed in the United States on February 24, 2019
Love the story and scary stuff. I got into the characters not the slavery thats bad but the rest was great
Read more
2 people found this helpful
Helpful
Comment Report abuse

Kindle Customer
5.0 out of 5 stars Loved this story
Reviewed in the United States on January 7, 2019
Thoroughly enjoyed this fast moving historical fiction story. I felt as if I was able to enter this story and run and hide with these characters. You provided great character and story development. I'm looking forward to reading your next book.
Read more
2 people found this helpful
Helpful
Comment Report abuse

katurner
5.0 out of 5 stars awsome book
Reviewed in the United States on January 11, 2019
I really enjoyed the book. Love the gruesome stuff.
Read more
2 people found this helpful
Helpful
Comment Report abuse
See all reviews from the United States