Beatrice P. Slitt lives in a small place out east in Canada. She lives with her bees and extremely attractive gal pal. She’s overeducated and underprepared in most aspects of existing as an adult human being. She could probably pass as a half-decent sloth though. In school she studied Creative Writing, English Literature, and Media Studies. Her full-time profession is not really worth discussing, but her gal pal is a beekeeper. Sometimes she reads to her friend’s bees at night to chase away ghosts. Her hobbies include writing, cat petting, watching movies and television shows, playing video games, crying about video games, asking other people to play video games while she watches, and other forms of couch potatoing.

She started writing short fiction when television shows, books, and movies didn’t go the way she wanted and when the characters she thought should have fallen in love did not. She sure fixed that nonsense. While BP mostly writes specialized short stories for individuals, she is starting to work on her own novels and personal work. She loves romance, science-fiction, fantasy, and supernatural works. She prefers novels with female-driven plots and well-developed female characters, even when they’re developed with antagonistic characteristics. While BP loves to read and write erotic fluff, she is still working on refining and improving her craft and she tries to balance the above elements into her own work. 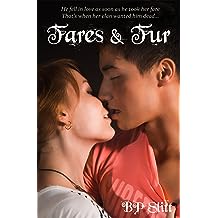 Fares and Fur: (A Steamy Werewolf Erotica) Mar 19, 2016
by BP Slitt
( 2 )
$2.99
A Queen werewolf named Edie was beginning to lose control of her pack. They wanted her to hunt and eat humans. She forbade it, but she feared they no longer listened to her. When Mason the cab driver saves her from a confrontation with her mate, her pack targets him as their next victim. Edie defies her pack to protect him. Mason finds himself intoxicated with this mysterious, beautiful woman with the dangerous boyfriend while Edie finds it increasingly difficult to ignore what the handsome man could offer her as a new partner.

Finally, a Historian werewolf named Drusilla finds herself living for decades in a zoo. Isolated and content, she’s happy to spend her days with her family of wolves. But when a woman offers her and her pack a place in her new clan, she finds it hard to decline the opportunity to elevate her pack to werewolf status, even if it puts her back on the radar of those looking for her. 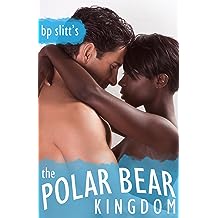 However, the potential for a new adventure excites her almost as much as her escort, a handsome, masked man referred to only as the Ranger. While she's eager to see him both without his mask and any clothes at all, he claims a curse forces him to keep the mask on. Luckily, it doesn't stop her from seeing the rest of his body nor does it stop him from getting a quick taste of her.

When the King proposes to Elena soon after she arrives, she doesn’t believe his intentions are without ulterior motives. She realizes that a curse has forced the King into making tough decisions, and she finds it difficult to hold it against him. She doesn't find it difficult to hold him against her. While she finds herself interested in both the Ranger and the King, both men allow her the sexual freedom to explore the other and neither man pressures her to choose, at least not right away.

This 91,000 word novel contains sexually explicit scenes and is inspired by the Norwegian fairy tale, the White Bear King Valemon. Previously published under the handle "Sydney Solo," no additional content added to this updated version.
Read more
Other Formats: Paperback