You've subscribed to London Love! We will preorder your items within 24 hours of when they become available. When new books are released, we'll charge your default payment method for the lowest price available during the pre-order period.
Update your device or payment method, cancel individual pre-orders or your subscription at
Your Memberships & Subscriptions
There was an error. We were unable to process your subscription due to an error. Please refresh and try again. 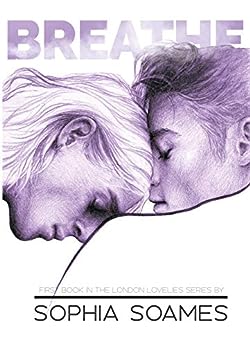 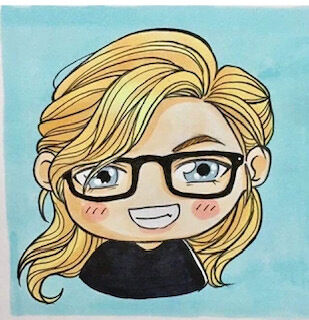 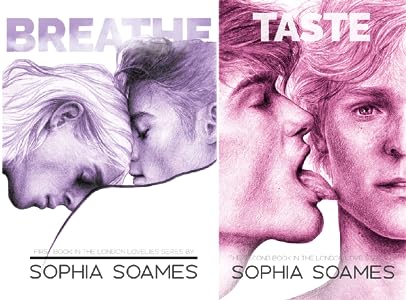 4.5 out of 5 stars
4.5 out of 5
83 global ratings
How are ratings calculated?
To calculate the overall star rating and percentage breakdown by star, we don’t use a simple average. Instead, our system considers things like how recent a review is and if the reviewer bought the item on Amazon. It also analyzes reviews to verify trustworthiness.
Top reviews

Susie Umphers
5.0 out of 5 stars Beautifully and realistically written
Reviewed in the United States on May 20, 2021
Verified Purchase
If the rest of the books in this series are as good as this one, it is going to be one of those series you recommend to everyone. This is a realistic look at two young men and their lives. We have Ryan, trying to leave a performing persona behind and re-establish himself as he really is, not as some alter ego. Luke and his siblings are struggling to make it day to day, but he's doing great in college. (Let me say here that I teach in a college, and the picture or Luke acing school but struggling outside to keep a roof over his head and food on the table is accurate.) This author focuses on the details of the characters lives and gets them right. There isn't any insta-love here, just real, 3D people going through their days and finding love. Beautifully written. It will draw you in, make you care about Luke and Ryan and want to know everything about all the side characters as well.
Read more
One person found this helpful
Helpful
Report abuse

Michelle
5.0 out of 5 stars Marvelous !
Reviewed in the United States on May 31, 2021
Verified Purchase
When I started this book I almost decided not to continue ... and I can’t remember why now ! lol
It’s a truly beautiful book about family and brokenness and the real struggle to fix it. What I like most about this story is that nothing has a quick fix .. that good intentions don’t make an instant Happy Ever After but it helps ! The characters are flawed and sweet and loving and it’s just marvelous !!
Read more
Helpful
Report abuse

Texan2
4.0 out of 5 stars Enjoyable
Reviewed in the United States on June 17, 2021
Verified Purchase
This was a good coming into your own, making the best with what you have , and family isn't necessarily blood related storyline.. The characters were fleshed out nicely. An enjoyable read.
Read more
Helpful
Report abuse

Katie
5.0 out of 5 stars Another wonderful story
Reviewed in the United States on May 26, 2021
Verified Purchase
I loved this book, I have read all Sophia Soames books. She writes wonderfully quirky characters whose lives you become involved with.
Read more
Helpful
Report abuse

mymagic
5.0 out of 5 stars Heartwarming Story!
Reviewed in the United States on June 6, 2021
Verified Purchase
Absolutely loved the characters, they became my friends and I hope all the best for their new life (no spoilers here)! The storyline kept me hooked, it's not the typical kind and it's written so well <3 <3 <3
Read more
Helpful
Report abuse

NicoleR.M.M.
5.0 out of 5 stars This book was a perfect hurt/comfort
Reviewed in the United States on May 19, 2021
I think I have read the perfect book.

This book was everything! My mind is having difficulties with finding the right words to do it justice, and I probably won't find them, but I'll give it a try anyway. And if I don't manage to get it right, I guess in the end all I really want to say is: READ THIS BOOK!

I loved how REAL this was. Both mc's, Ryan and Luke, were humanly imperfect. They struggled and made mistakes. There were times they were insecure. There was a past they both needed to deal with in order to find a new future for themselves. Say goodbye to the person they once were and embrace the new person they were becoming.

Luke attends college to become a personal trainer and eventually gets a well paid job out of it. He is in desperate need of some friends. His life has changed dramatically and the responsibility for his siblings weighs heavy on him. Having a friend is the one thing he craves to have just for himself. When he meets Ryan, he is intrigued by the stand of guy, who seems to do everything he can to avoid him and the rest of their classmates. It takes some time and life changing insights for them to become friends. And from there on it almost felt like a privilege to witness how they grew together, how their friendship grew, how they both seemed to have found the one person to accept them exactly as they are. They needed each other in order to feel grounded, the calming effect they had on one another was just plain beautiful.

I fell in love with Luke and Ryan, but also with the secondary cast of characters. Luke's family is awesome, with Olive stealing the show. I usually don't like stories where children are involved, but if there ever was an exception to that rule, it has to be this book. I loved Olive!!!
And Ryan's mom...she's golden! She's the best and most supportive person there is to be found, even if she kicked him out of the house to find a place for his own, because that was exactly what Ryan needed to do in order to get his life back on track. And some of their conversations, really!

Despite the fact that this book has some heavy topics, it also has a lot of humor. There's a lot to laugh about too, and it's that perfect mix that made me fall in love with this story.
It's a beautifully written hurt/comfort story with characters you won't forget.

This was my first book by Sophia Soames, but I can't wait for the rest of this series. Loved, loved it and I highly recommend!!
Read more
One person found this helpful
Helpful
Report abuse
See all reviews

NickyJ
5.0 out of 5 stars Never disappointed....
Reviewed in the United Kingdom on May 15, 2021
Verified Purchase
....and this was no exception, I was yanked very quickly into the lives of Ryan and Luke and stuck with them until the wee hours (note to self.....remember you're not a teenager anymore and pulling an all-nighter results in a morning after face worthy of a trick-or-treat mask)

I loved Luke from the get-go, recognising many of his nervous/shy traits in one of my own kids, such as finding the bravery to express your opinion and then very subtly backtracking when the other person doesn't engage as expected; I wanted to 'mum-hug' him so many times to let him know he was worthy. Those nuances must be so difficult to articulate and just one of the reasons Ms Soames is a master of her craft.

Ryan took a bit longer to work his way into my good books, initially coming across as a tad frosty and a bit cruel, but he had his own back-story that quickly nudged my leaky eyes into action. It was lovely to see Luke's people enfold Ryan into their surprisingly functional family, helping to thaw his heart. It's also worth mentioning Ryan's mum, who gets a 'top mum' badge for keeping it real!

Sophia's boys never have it easy, all the baggage of their sometimes overwhelmingly gritty everyday lives is out there in the open for us to engage with and relate to and it's often quite painful to envisage. However, there's a pretty big flip side, along with only a handful of other authors I've read, Ms Soames writes 'love' in a way that enhances the ability to BREATHE.
Read more
One person found this helpful
Report abuse

Nickerty Noo
5.0 out of 5 stars Lovely stuff
Reviewed in the United Kingdom on May 19, 2021
Verified Purchase
To say Luke and Ryan have baggage is a huge understatement. Luke is the glue holding together his fragile siblings following their abandonment by both feckless parents. Ryan is struggling to detach himself from his egotistical alter ego Joey Hole after his lucrative porn career implodes. As ever, Sophia Soames focuses on the building of strong emotional connections between her MCs and their friends and families. There's some angst and difficult themes but also pure joy as Ryan and Luke find peace in the simple things life has to offer - opinionated younger sisters, DIY and holding hands. Lovely stuff.
Read more
Report abuse

Hayley Smith
5.0 out of 5 stars Wonderful!
Reviewed in the United Kingdom on May 15, 2021
Verified Purchase
Sophia Soames writes with such passion and emotion, making her characters seem so real and their stories so alive.
I found Ryan and Luke beautiful, I loved them both and completely enjoyed reading about them, their lives and families.
Breathe made me laugh, made me cry and I know I will read it again and find something new to love about it.
Read more
Report abuse

cc
5.0 out of 5 stars Brilliant story!
Reviewed in Canada on May 18, 2021
Verified Purchase
Without exception, every Sophia Soames story is worthy to be on your to-be-read list. BREATHE introduces us to Ryan and Luke, two characters who struggle with what life has thrown at them... damaged relationships, economic hardships, sexual assault (not on page, though we hear about it in Ryan’s past), questionable extended family relationships, and a myriad of situations which keep you turning pages until you realize it’s very late indeed and time to close the Kindle.
You will not be disappointed reading this story. I am so grateful that it was available on KU. Additionally, I’m delighted to hear that there are two more books forthcoming in this series! I hope they, too, will be on KU.
Read more
Report abuse

Maureen Crothall
4.0 out of 5 stars Beautiful Story
Reviewed in Canada on May 21, 2021
Verified Purchase
Although the beginning was great I found it waffled a bit after a while and I felt a little disappointed after all the wonderful reviews on Goodreads, but it soon, for me anyway, exploded into a lovely tale. Ryan and Luke make for a complex couple, polar opposites at first but stunning young men that have truly been through the wringer. I ended up hating that the story ended when it did, so magical.
Read more
Report abuse
See all reviews