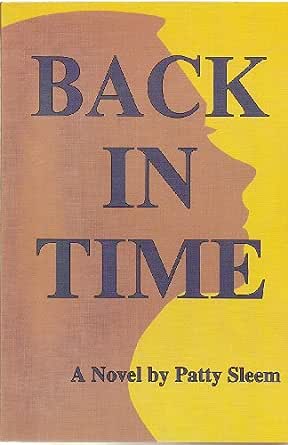 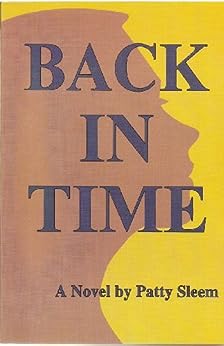 Maggie Dillitz has turned her back on a lucrative business career in order to pursue a call to the ministry. To her dismay, she soon discovers that many people are not ready to accept a female minister. Receiving a post only because of sudden and unexpected vacancies, Maggie soon alienates her parishioners. Sent to Jamaica in a last-ditch effort to save her career, Maggie is sexually attacked by a senior minister. When that minister is murdered after her return to the States, Maggie quickly becomes a chief suspect. Sleem (Second Time Around, PREP, 1995) provides an engrossing look at the discrimination faced by female ministers, but the book's ending does leave readers hanging. Purchase knowing that patrons will want a follow-up.
Copyright 1997 Reed Business Information, Inc. --This text refers to an out of print or unavailable edition of this title.

From Chapter 1: THE NEW JOB

Maggie peered into the mirror of her small red compact be fore glancing at the clock on her desk. Ten minutes until her next appointment.

"Martha," she spoke into her intercom, "please hold all my calls and traffic until after Mrs. Mendoza's appointment."

What a luxury to relax for ten minutes. Reclining in her Williamsburg-blue leather desk chair, Maggie drifted back in time. Had it really been 15 years since she had graduated from the Harvard Business School? What a major shift in direction she'd had in the last twelve and a half years.

Maggie loved her job. It gave her the chance to try to make a real difference in people's lives and to help them live in greater happiness.

Fifteen years ago she had been struggling with the demanding curriculum of the Harvard Business School. Looking back on it now, it seemed more like "boot camp." Like the Army's Ranger School, it seemed as much a two-year management "stress test" as a professional graduate education. The formula approach of the Harvard Business School seemed to involve choosing eight hundred of the best and brightest applicants each year and refining them in the "furnace of affliction," to borrow a phrase from scripture.

The formula seemed to have four essential components. Number 1: Work them hard; in fact, bury them in work. Number 2: Demand a reverent attitude toward the mechanics; punish with a lowered grade any tendency not to attend class regularly or follow The Rules. Number 3: Exert continuous pressure to identify class leaders; penalize the "wall flowers" and non-contributors to class discussion with a lowered grade. Number 4: Flush out the "true grit" of tomorrow's Fortune 500 executives (flunk between 5 percent and 10 percent of the first-year class); reshape the entrepreneurial urge into a corporate caretaker mentality.

Maggie had felt like a round peg in a square hole at "The Business School," as its alumni refer to it. Still, who would have guessed the radical career shift she would go through after graduating with that coveted MBA?

Maybe it was her failed marriage right after graduation that caused her to shift gears. It made her cringe to imagine what it would be like now if she had made the decision to remain in a violent marriage, especially with a child. Involuntarily, a shudder came over her, and the faces of several women she had counseled came to mind. Battered women. Lonely women. Frightened women. Women so accustomed to explaining and understanding and covering up for their abusers that their whole life had become deceitful and apologetic. They came to Maggie now for counseling, and she tried to help them without letting them know that she had once been where they were now.

The first few times she had counseled abused women she had decided to tell the women that she, too, had been in an abusive relationship. Revealing that fact had proved to be a mistake. The result of that counseling style had been the opposite of her hopes and expectations. Instead of generating confidence in the women, Maggie's confession had only seemed to deepen their despair. Why? Maggie was never quite sure why that was, but it seemed the women were more apt to crawl into their shell when they compared themselves to Maggie - an attractive professional woman who had graduated from Harvard Business School and then Yale Divinity School as a single mom and who had replaced an abusive mate with a loving husband and three children. It seemed to intimidate the women and make them belittle themselves and shrink from that first tiny but important step they needed to make in order to change from victims into functioning human beings.

So she had stopped telling her own story to the victims, and the victims were making better progress in counseling. A theory is only good if it works, and apparently the theory that Maggie's story would promote empathy was not valid in practice. End of theory.

"Dr. Dillitz?" It was Martha again. Her 10:30 consultation was probably here.

"Is that Mrs. Mendoza, Martha?"

"No, m'am, your husband is on line three," replied Martha.

"Do you want me to pick up Ashley and Brent from practice?" Kurt asked abruptly when she picked up line three.

As she put the phone into its receiver, she pondered the distance between them. Theirs was a relationship that had been filled with such intense passion once. Now it felt as cold as marble.

Theirs had been two very different lifestyles to merge when they married. Kurt was an eccentric young bachelor given to playing poker for a living, competing in tennis tournaments, and partying with his friends. He'd always been more of a "man's man" than a "ladies' man," although he was a deadly handsome man with a slim build on his 5' 11" frame and a pair of large, liquid eyes that could take on a very penetrating and sexy look on occasion. Maggie, on the other hand, was a single mom struggling to put herself through divinity school while raising Brent when they began dating. With their very different lifestyles, they would never have connected in New Haven if they hadn't met at Harvard Business School. --This text refers to an out of print or unavailable edition of this title.

"A woman minister, sexual harassment, and an exotic setting are a murderous combination in Patty Sleem's Back In Time." -- Annette Meyers, Author of the Smith & Wetzon series

"An engrossing look at the discrimination faced by female ministers." -- Library Journal

"The principal character is a female Methodist minister who faces all the obstacles that groundbreaking pioneers always do...Well told and full of non-nonsense wisdom, this is the beginning of what surely will be a series of stories based on the trials and triumphs of Rev. Dillitz." -- Roy Parker, Fayetteville Observer-Times

Well told and full of no-nonsense wisdom, this is the beginning of what surely will be a series of stories based on the trials and triumphs of Rev. Dillitz -- Fayetteville Observer-Times, Nov. 22, 1998 --This text refers to an out of print or unavailable edition of this title.

Patty Sleem was born in North Carolina. She holds an MBA from the Harvard Business School and a BA in English from the University of North Carolina at Chapel Hill. Currently working on a sequel to Back In Time, she is also the author of the mystery Second Time Around, published by PREP Publishing. Her writings have appeared in a wide variety of publications, including The Wall Street Journal. She has lived in London, San Francisco, Boston, and Washington, D.C. Currently she resides in North Carolina with her husband and four children. --This text refers to an out of print or unavailable edition of this title.

PREP Publishing is a subsidiary of PREP, Inc., a communications company founded in 1981, which owns the world's largest resume-by-mail service. Writers with substantial business backgrounds as well as military translation specialists are the backbone of PREP's writing team, which prepares professional resumes, cover letters, job and school applications, business proposals, speeches, and other written products. For information on PREP's professional writing and editing services, call 910-483-6611 or write PREP, Box 66, Fayetteville, NC 28302. --This text refers to an out of print or unavailable edition of this title.

When Maggie Dillitz trades in her Harvard MBA and lucrative career to pursue a call to ministry, she expects relief from the competitive pressures of business. Instead, she discovers that many people are not ready to accept a female minister, and she develops tangled new relationships which involve her in a shocking tale of lust, intrigue ... and murder. The author of Second Time Around uses a fast-paced fictional format to explore the issues surrounding a modern woman's struggle to make a career in ministry in the 20th century. --This text refers to an out of print or unavailable edition of this title.
Read more