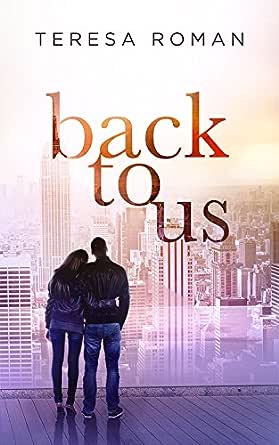 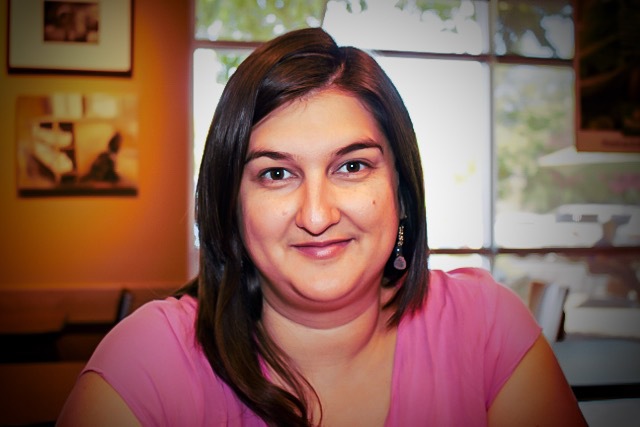 Back To Us Kindle Edition

"This is one of the most emotional love stories I've read until now! In my opinion it's very well written and has well developed characters. The action is very nicely built and there is no rush to the ending." - Lily's Book World

Back to Us is a new adult contemporary romance and book 1 in the Back to Us series -
If you enjoyed Justin and Jessica's story then be sure to pick up Out of Nowhere to find out what happens to Susan and Jeff.
I love staying in touch with readers so if you have any questions about me or my books then email me at tromanwrites@gmail.com.
Enjoy:)

Teresa Roman is a lover of books - both reading and writing them. She currently resides in Sacramento, CA with her husband, three adorable children and the puppy her son convinced them to adopt. When she isn't at her day job, or running around with her kids, you can find her in front of the computer writing or with her head buried in another book --This text refers to the paperback edition.
Read more

4.3 out of 5 stars
4.3 out of 5
130 global ratings
How are ratings calculated?
To calculate the overall star rating and percentage breakdown by star, we don’t use a simple average. Instead, our system considers things like how recent a review is and if the reviewer bought the item on Amazon. It also analyzes reviews to verify trustworthiness.

Muddy Rose Reviews
5.0 out of 5 stars A gripping contemporary romance
Reviewed in the United States on August 6, 2015
Verified Purchase
Can two young people aged beyond their tender years overcome their early adversities and risk it all for love? That’s the story question Kindle Scout winning author Teresa Roman poses in her new book.

Jessica and her brother were abandoned by their parents in the US. Their parents literally left them here and went back to Croatia. Jessie went through the “system” and managed to reconnect with her older brother after high school. On top of her abandonment, she endured years of belittling verbal abuse from her father, and one incident where he became physical with her. Consequently, her dating radar is all messed up and she attracts the wrong kind of guys. But she’s determined to beat her father’s soundtrack in her head and work her way through college. Dating isn’t a priority for her.

Justin comes from a close-knit, white collar family. Handsome, athletic, smart – the world was his oyster to crack, but he didn’t want what his parents wanted and joined the military. A few months later he returned from Afghanistan missing two legs. His fiancé moved on and he turned inward. Finally, finally, he comes out of his shell to volunteer at a community center near his Manhattan home. After a year there, he gets hired on as a staff member. He doesn’t tell new people about his missing legs because of his prosthetics, but he still has horrible nightmares.

That’s where this story begins, at the Community Center where these two meet one summer. There’s an intricate dance of attraction, miscommunication, hurt feelings, and stonewalled secrets that drive the plot. I kept turning the pages and read this book in one sitting. Well done!

Jamber
5.0 out of 5 stars Inspirational
Reviewed in the United States on December 20, 2015
Verified Purchase
This is a beautiful story that explores the fragility and endurance of human connection. Two young people, damaged both physically and emotionally, must find the courage to move past their respective hurts and discover what it means to be vulnerable and trusting. Ms Roman reveals layers of depth in the characters of Jessica and Justin with a light, smooth touch that's in tune with the poignant and tentative blossoming of their relationship. An uplifting and inspirational read.
Read more
9 people found this helpful
Helpful
Comment Report abuse

Love to read
5.0 out of 5 stars Well-written and sweet
Reviewed in the United States on February 22, 2016
Verified Purchase
Back to us is a very sweet romance. The author doesn’t rush things, and the story flows organically. As I made my way through the book, I got to know Jessica and Justin, their past, their present and their aspirations. I could easily relate to these young people and to their growing feelings for each other. Unlike so many stories in which the main characters fall madly in love overnight, for no obvious reason, the protagonists of Back to US do it slowly, naturally--and take the reader along on their journey.
Read more
6 people found this helpful
Helpful
Comment Report abuse

Sugar
4.0 out of 5 stars A sweet love story of loss, forgiveness and love
Reviewed in the United States on June 21, 2017
Verified Purchase
Back to Us was a book which took me awhile to decide to read. As an amputee myself, I struggle to read books about amputees because they are rarely done correctly. I thought Ms. Roman did a relatively good job with the feelings, and physical adjustments an amputee goes through. She nailed how a lot of amputees hide the fact they are one, and in Justin's case, he's a double amputee, which makes it even harder.

The love story between Jess and Justin was a sweet case of instalove, but how can you blame Jess. She was abandoned at an early age and was starving for someone to love her. With love comes trust, and Jess struggles with that part of the picture. Miscommunication , hurt feelings and secrets drive the story to a climax, but eventually Jess and Justin learn to move past their pain and begin to enjoy life together. The epilogue ties the story up nicely and leaves you smiling as you close your kindle.
Read more
3 people found this helpful
Helpful
Comment Report abuse

Babs
5.0 out of 5 stars An enjoyable book
Reviewed in the United States on June 25, 2018
Verified Purchase
I thoroughly enjoyed reading this book. It is the story of a young girl whose parents disowned her and her brother and she was placed in a home. After leaving the home she went on to working her way through college and she and her brother shared an apartment together. She met a wonderful boy who lost both his legs in Afghanistan and they fell in love. The story goes on to tell about the ups and downs of their relationship and if they will ever be able to spend the rest of their lives together. You find yourself rooting for them with each turn of a page. This is a wonderful book - one that I think you will enjoy.
Read more
Helpful
Comment Report abuse

Polly Iyer
5.0 out of 5 stars Two People Finding Their Way
Reviewed in the United States on July 8, 2016
Verified Purchase
This story's main characters, Jessica and Justin, have been each dealt a bad hand of the cards. Jessica was abandoned at fourteen, along with her older brother Mike, by parents who had no business being parents. Jessica feels unloved and unwanted, but she's forges ahead with courage and smarts to earn a college degree. One summer, she takes a job in a community center, tutoring kids that need help. It's there she meets Justin, the son of wealthy Manhattanites, who has his own problems. He's a double amputee with PSTD, the result of his tour in Afghanistan. He's trapped by an over-protective mother and a feeling that no one could possibly love a man in his situation.

I'm not usually a reader of romance, but this was a good one, and I read it in one sitting. Written in Jessica's first person point of view, Ms. Roman does a nice job of getting into Jessica's mindset, but she also does well exposing Justin's insecurities and emotions. I would have liked a little more development at the end between Jessica and Justin's mother, but it didn't detract from the growth of the two main characters and how they came together. I never doubted they would, but it was a joy reading how they got there. Good book.
Read more
Helpful
Comment Report abuse

Birty53
3.0 out of 5 stars Sweet Romance
Reviewed in the United States on June 4, 2016
Verified Purchase
This is a young romance, geared more for young adults. Characters are in early and mid twenties. Very mild sexual situations.

Jessica and Justin are both young lovers who have issues to deal with on their own without adding the problems associated with a romance. Jessica is a college student working hard to put herself through school on her own. Justin is a former Navy medic who lost both legs in an IUD explosion in Afghanistan and is trying to learn his own self worth. Both have issues with their own image of who they are and what they can accomplish. Their romance is made even sweeter when they learned to love themselves.
Read more
2 people found this helpful
Helpful
Comment Report abuse
See all reviews