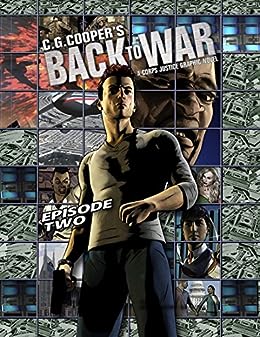 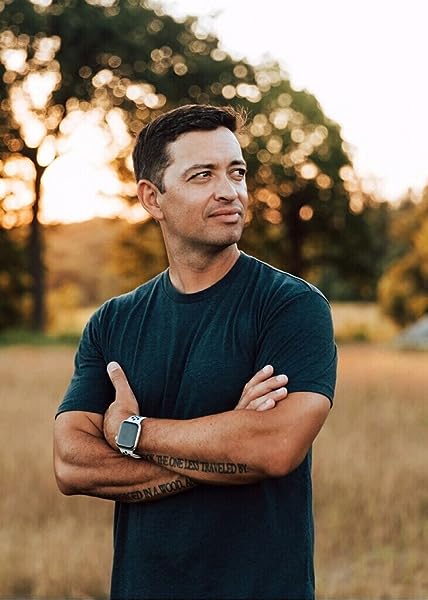 Continuing where the first episode left off, former Marine, Cal Stokes, grapples with Nashville’s criminal underbelly as he assembles a crack-team of highly-skilled, ex-military operatives. Their prime objective: apply their brand of justice – Corps Justice – to the street gang responsible for his fiance violent death.

C. G. Cooper is the USA TODAY and AMAZON BESTSELLING author of the CORPS JUSTICE novels, several spinoffs and a growing number of stand-alone novels.

Fiction has the power to change lives.

Pay a visit to Cooper Country and you’ll understand why. With his unique voice and flair for creating characters you’d love to hang out with, C. G. Cooper imparts every one of his novels with messages that perfectly illuminate what Faulkner called, “the human heart in conflict with itself.” In them, characters confront hard truths about life, the necessity of war, the military industrial complex, and why and how good men and women die.

But there are messages within the messages.

There is the power of the individual to triumph over evil against overwhelming odds; the struggle of good people against their inner demons; there is brotherhood, family, the discovery of allies in unexpected places, struggles with faith; there is community; there is authenticity; Cooper’s heart is on every page, beating hard and fast through action and moments of tenderness alike.

This is Cooper Country. Lives will change.

Drawing on his days as an infantry officer in the United States Marine Corps—a stint that came on the heels of a degree in foreign affairs from UVA—Cooper sifted his experience through his vivid imagination and created Corps Justice, the first novel in the beloved Corps Justice series. Thus, a band of characters was born that would go on to enthrall readers throughout 17 novels and counting. With more than 2 million book downloads and multiple appearances in the Amazon Top 100, C. G. Cooper remains one of the most successful USA TODAY and Amazon best-selling authors.

In 2020, he won the prestigious James Webb Award presented by the Marine Corps Heritage Foundation for his novel Chain of Command.

In addition to bouncing around the country in search of the perfect vacation (turns out, it is anywhere with his family), Cooper has called Nashville home ever since his final Marine duty station. When not enjoying the laid-back lifestyle of Music City, he’s doing his best to add more novels to the growing list at cg-cooper.com.

Tim M M
5.0 out of 5 stars Excellent storyline!
Reviewed in the United States on July 5, 2022
Verified Purchase
Read the 1 GRAPHIC novel and I was hooked. Very simple plot... Get the bad guys any way you can and make them pay.
Read more
Helpful
Report abuse

Sue HTop Contributor: Fantasy Books
5.0 out of 5 stars Loved the book. Love it as a graphic novel.
Reviewed in the United States on September 30, 2016
Verified Purchase
I loved the book and enjoy seeing it turned into a graphic novel. Can't wait to view more of the book in this graphic format
Read more
One person found this helpful
Helpful
Report abuse

Kindle Customer
5.0 out of 5 stars Excellent Read
Reviewed in the United States on October 18, 2016
Verified Purchase
Another great page turner and a great suppliment to the books. Outstanding read and graphics.
Read more
One person found this helpful
Helpful
Report abuse

Todd McPencow
5.0 out of 5 stars Great way to revisit the original book.
Reviewed in the United States on August 27, 2016
Verified Purchase
Having read most of the actual books in this series, it was great to read this in a comic form.
Read more
One person found this helpful
Helpful
Report abuse

Tinyd
5.0 out of 5 stars Loved it!!
Reviewed in the United States on September 25, 2016
Verified Purchase
The graphics are great. I was able to follow and understand the story, which was just like the book.
Read more
Helpful
Report abuse

Swak
5.0 out of 5 stars A new military graphic novel based on CG Coopers Corp Justice books
Reviewed in the United States on August 23, 2016
Verified Purchase
Excellent military graphic novel for a great price! I would give it a read on your Kindle for the best experience.
Read more
One person found this helpful
Helpful
Report abuse
See all reviews

Linda
5.0 out of 5 stars Another great chapter
Reviewed in Canada on September 19, 2016
Verified Purchase
I am really beginning to enjoy the graphic series. This time I took note of all the little details that make up this issue. Storyline sticks to the novels, the art work is amazing. Noticing how the characters are matching up to their descriptions. All in all a great new addition to this author's line.
Read more
Report abuse