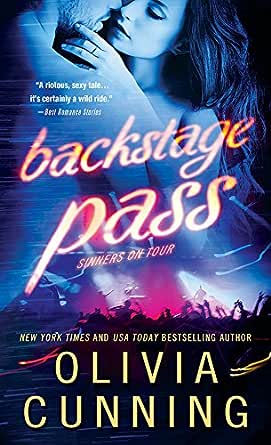 You've subscribed to Sinners on Tour! We will preorder your items within 24 hours of when they become available. When new books are released, we'll charge your default payment method for the lowest price available during the pre-order period.
Update your device or payment method, cancel individual pre-orders or your subscription at
Your Memberships & Subscriptions
There was an error. We were unable to process your subscription due to an error. Please refresh and try again. 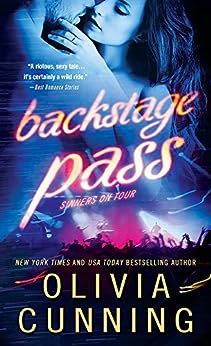 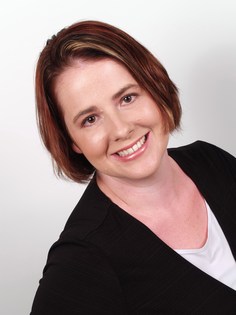 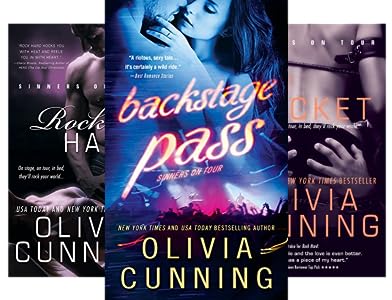 "These guys are so sensual, sexual and yummy" - Night Owl Romance

"A super smokin', hot and kinky, sex me up story that pushes the bounds and left me weak in the knees." - Seriously Reviewed

"Super hot... a great love story. " - Ramblings from This Chick

"Wow was this book hot or what? I highly recommend this series if you love rock and roll, hot rockers and even hotter sex! " - Paranormal and Romantic Suspense Reviews

"This is not your average erotica romance; it's oh SO much better. This series is going to be a big hit with readers who like strong stories, hot sex, and a wild ride to their happily ever after!" - Sia McKye's Thoughts Over Coffee

"Backstage Pass is hot, sexy and one of the funniest books I've read in a while. " - Fiction Vixen

"A riotous, sexy tale... It's certainly a wild ride." - Best Romance Stories --This text refers to an out of print or unavailable edition of this title.

Raised on hard rock music, award-winning author Olivia Cunning has been known to travel over a thousand miles to see a favorite band in concert. She discovered her second love, steamy romance novels, as a teen-first, voraciously reading them and then penning her own. She lives in Hastings, Nebraska.

Brian, lounging in the center of the table, vocalized a riff, while playing masterful air guitar on his back. Myrna recognized the series of notes at once. She used it in her class discussion on male sensuality, because no one on earth played a guitar more sensu­ally than Master Sinclair. Hold the phone! Could that be...? Nah, what would the rock group Sinners be doing at a college teaching conference? They were probably just fans of the band, though the name Brian made her lead guitarist senses tingle. Wasn't Sinners' lead guitarist named Brian Sinclair?

One of the men seated in the booth turned his head to scratch his chin with his shoulder. Despite his mirrored sunglasses, she in­stantly recognized vocalist Sedric Lionheart. Her heart rate kicked up a couple notches. It was Sinners.

"I am so fucking drunk!" Brian yelled. He rolled off the table, knocking over several empty beer glasses, and landed on the laps of two of his companions. They dumped him unceremoniously on the floor.

Myrna snorted and then glanced around to make sure no one had witnessed her produce such an unladylike sound. She had to go talk to them. She could pretend she wanted to meet them because of her seminar. In truth, she loved their music. They weren't too hard on the eyes either. The definition of exactly her type. Wild. Yes, please. Guaranteed to give her exactly what she needed after the day she'd had.

Abandoning her plan to hide in her room, Myrna skirted the low wall that separated the lounge area from the corridor. She paused in front of Brian, who was struggling to crawl to his hands and knees. She set her lumpy laptop case on the floor and bent to help him to his feet. The instant she touched his arm, her heart skipped a beat and then began to race.

Animal magnetism. He had it. Hello, Mr. Welcome Diversion.

His gaze drifted up her legs and body, his face slowly tilting into view. He had features a sculptor would love: strong jaw, pointed chin, high cheekbones. Would it be presumptuous of her to examine the contours of his face with her fingertips? Her lips? She forced her attention to her hand, which gripped his well-muscled upper arm.

"Be careful with this arm," she said. "So few guitarists have your skill."

He used her support to stagger to his feet. When he stumbled against her, she caught his scent and inhaled deeply, her eyes drifting closed. Primal desire bombarded her senses. Did she just growl aloud?

His strong hands gripped her shoulders as he steadied himself. Every nerve ending in her body shifted into high alert. She couldn't remember that last time she'd been instantaneously attracted to a man.

Brian released her and leaned against the back of the booth for support. He blinked hard, as if trying to focus his intense, brown eyes on her face. "You know who I am?" he asked, his voice slurred.

She smiled and nodded eagerly. "Who doesn't?"

He waved a hand around theatrically, which set him even further off balance. "Every stuffed-shirt geek in the whole damned place, that's who."

He snarled at a gray-haired woman in a heavy cardigan who sat openly gaping at him. The woman gasped and turned her attention to her ocean blue cocktail, slurping the blended beverage through a tiny, red straw as nonchalantly as possible.

The acidic look Brian shot at Sed could peel paint. "What? I'm not starting anything. These people all have fuck-king staring problems!"

True. They were staring. Most of them at Myrna now. Probably wondering how to best rescue her from enemy territory.

"Do you mind if I sit with you for a while?" Myrna asked, hoping to become less noticeable by sitting. She tucked the lock of hair that had escaped her hairclip behind her ear and smiled at Brian hopefully. He stroked his eyebrow with his index finger as he contemplated her request. She knew what he must be thinking. Why would a stuffy-looking chick in a business suit request to sit with five rock stars?

Sed scooted over in the semi-circular booth and patted the empty expanse of forest green vinyl beside him. She tugged her gaze from Brian to look at Sed. Sed's boy-next-door good looks contrasted his bad-boy, womanizing reputation. She didn't follow the personal lives of the bands she admired, but even she knew Sed's rep. His smile, complete with dimples, could ice a cake, which was likely why he covered it so rapidly with a scowl. A quick veil of indifference returned his cool status. Those darling dimples didn't quite fit his image.

Myrna slid into the booth next to Sed, wiping her sweaty palms on her skirt as she settled beside him. Okay, I'm in. Now what?

"Are you some kind of business woman or something?" Sed leaned back to examine her professional attire.

Myrna didn't mind his twice over. "Or something. Actually, I'm a stuffed-shirt geek. A college professor here at the conference."

"No shit?" She recognized the speaker, who sat across from her, as Eric Sticks, the band's drummer. "If I'd have known college pro­fessors were hot, I might have considered an education."

Myrna laughed. She glanced up at Brian who still leaned against the booth next to Eric's right shoulder. Her heart gave a painful throb. God, he was gorgeous. "Would you like to sit down, Brian?"

Myrna scooted closer to Sed, her knee settling against his beneath the table. Brian collapsed on the seat beside her, lodging her between two of the sexiest and most talented musicians in the business. She'd died and gone to heaven. Play it cool, Myrna. If you start spazzing out like a fan girl, they'll tell you to get lost. And she certainly didn't want that.

Brian leaned forward and rested his forehead on the table with a groan. It took all of Myrna's concentration not to offer a soothing touch. She knew who he was, but he didn't know her from Adam. Well, hopefully, he could tell her from Adam, but, uh...

She took a deep breath to collect her scattered thoughts and forced her attention to Eric. She could look at him without getting all giddy, but found she couldn't stop staring at his insane hairstyle-half-long, a center strip of short spikes, the rest various lengths and
just plain strange. A crimson, finger-thick lock curled around the side of his neck. Rock star hair. She stifled an excited giggle.

"So what do you teach?" Eric took a sip of his beer, his pale blue eyes never leaving her face. Well, maybe he checked out her chest a little, but he mostly kept his gaze above her neck.

Myrna winced at his question and lowered her eyes to the table. Any chance of her earning their respect would evaporate the moment she revealed what subject she taught. "Do I have to say?"

Eric sputtered in his beer. He wiped his mouth with the back of his hand. "Fuck me."

"Well, yeah, I guess that is my subject matter," Myrna said, with a crooked grin.

The guys laughed. Except for Brian. Unmoving, his head still rested on the table in front of him. Had he lost consciousness? Wasted didn't come close to describing his current condition.

"He's a lot fucked up," said Trey Mills, the band's rhythm gui­tarist, who lounged in the booth next to Eric.

"Shut up," Brian murmured. He turned his head to look up at Myrna. He held one eye closed as he tried to focus on her. She had an inexplicable urge to straighten his tousled, jet-black hair, which fell just below collar-length and stuck out at odd angles all over his head. "What's your name, Professor Sex?"

Or... maybe he wasn't. She hoped she hid her disappointment well. --This text refers to an out of print or unavailable edition of this title.