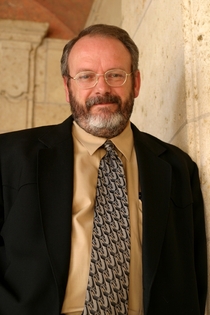 "May make even the most hardened true-crime fans sweat."--Booklist

"Killing a woman is like killing a chicken; they both squawk."
A juvenile delinquent and bully as a child, Kenneth Allen McDuff was a notorious criminal by the age of 19. In August 1966, while on parole for burglary, he raped, tortured, and murdered three teenagers in an abandoned field far from his hometown of Rosebud, a peaceful Central Texas hamlet. He was tried, convicted, and condemned to death. Had his sentence not been commuted to life, that would have been the end of Kenneth Allen McDuff. But in 1989, only weeks after the twenty-third anniversary of his crimes, the bad boy from Rosebud walked out of prison a free man.

"I'm going to give them time to get off my back and then I'm going to show them the real McDuff."
McDuff took pleasure in outwitting the system, and his bloodlust was an impulse he had no intention of controlling. After decomposed corpses of more and more women were discovered, the worse nightmares of the authorities came true. But times were different. It took 32 years to bring his brutal and heartless crime spree to a fitting end. Texas had never seen such incredible brutality-and has never been the same since.

"MAY MAKE EVEN THE MOST HARDENED TRUE-CRIME FANS SWEAT."
-Booklist

WITH 8 PAGES OF HARROWING PHOTOGRAPHS

GARY M. LAVERGNE is originally from the small Cajun community of Church Point in Louisiana. He has authored two true crime/criminal justice titles and has appeared on the Today Show, the History Channel, A&E, CNBC, MSNBC, the Discovery Channel and the Tokyo Broadcasting Company. He has also presented to numerous educational and law enforcement organizations on topics related to at-risk children and mass murder and violence in adults. He is currently the Director of Admissions Research at the University of Texas at Austin. He lives in Cedar Park, Texas.
Read more