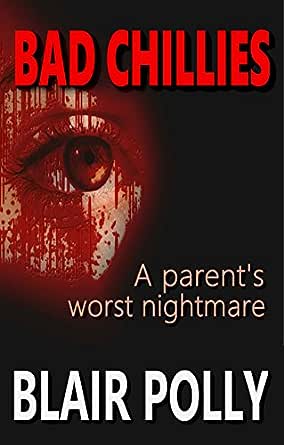 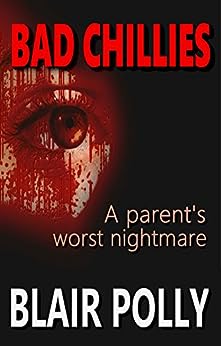 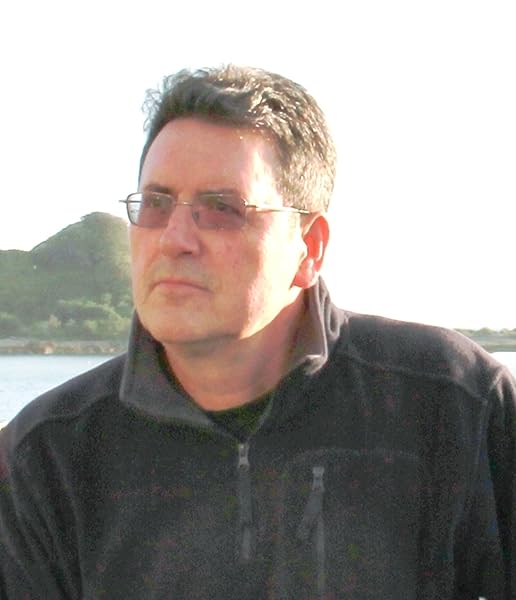 4.1 out of 5 stars
4.1 out of 5
41 global ratings
How are ratings calculated?
To calculate the overall star rating and percentage breakdown by star, we don’t use a simple average. Instead, our system considers things like how recent a review is and if the reviewer bought the item on Amazon. It also analyzes reviews to verify trustworthiness.
Top reviews

Linda Brooks
5.0 out of 5 stars We Know Whodunit, But Can He Do It Again?
Reviewed in the United States on June 5, 2017
Verified Purchase
The premise of this book interested me right away. The blurb makes it pretty clear right from the start that it involves crimes against children of a horrific nature, namely, kidnapping them and cutting off their fingers to be mailed to their parents with a blackmail demand. This is not a whodunit, by any means. The reader knows "whodunit" right from the start - the big question is: Will he get to do it again? He wants to, that's for sure! Gerard Williamson is a sadist of gargantuan proportions, and has been since childhood. He has no friends or intimates, and is entirely focused on fulfilling his lust for torturing children. His main pleasure in life comes from causing unbearable pain to others and children just happen to be easier to control, and there's the additional bonus of the ransom money. He is also extremely intelligent, crafty and detail-oriented. His last hideous crime resulted in his being apprehended, tried and imprisoned. He cunningly escaped prison and it is vital that he be re-apprehended before he can visit his particular pleasure on another innocent child. Among those pursuing him are the two detectives responsible for his original capture, Chris Spacey and Andy Thompson. Williamson has his next crime planned to the nth degree and he goes to great lengths to cover his tracks, but some habits are ingrained and he ultimately leaves several important clues for the police to follow. The book is basically a race against time and a contest between the police and Williamson. His plan is coming together quickly, but Chris and Andy are also rapidly putting the clues together. I read the last third of the book without being able to put it down. The chase was intense, but Williamson's attention to detail in his singleminded pursuit of his next victim made it pretty certain that he was going to be able to satisfy his perverted desires. The ending was not what I had expected, and maybe not even what I had hoped for, but it was definitely an ending to be remembered. The interplay between Chris and Andy was realistic - these were two guys who really liked each other and who worked well together. The story takes place in Wellington, New Zealand, and it was very interesting to read about this locale that I had been unfamiliar with. The characters in the book, both bad and good, were well-fleshed-out and I found myself assigning actors/actresses to the main roles - this would make a great movie! Blair Polly has done a bang-up job in making this an exciting and enjoyable book and I look forward to reading more of his work.
Read more
One person found this helpful
Helpful
Comment Report abuse

James N Simpson
TOP 1000 REVIEWER
4.0 out of 5 stars One Bite of Bad Chillies and You Realise You've Discovered a Story Maybe Too Hot For Some, But Very Satistying for Most
Reviewed in the United States on February 20, 2014
Verified Purchase
Bad Chillies was a quick fast paced short novel revolving around the pursuit by the police of an escaped from prison child abductor who likes to cut the fingers off of children with garden sheers. Set in Wellington New Zealand was also a nice change from the usual US cities, or London, Manchester and the other mainstream norm settings. My only criticalness of this fun read (yes even for the heavy subject matter it is quite a fun read), was that the police seemed to put all their eggs in one basket all the time in relation to recapturing the bad guy, when I'm sure they'd rely a bit less on one or two tracks, especially when they're just following hunches. I'm guessing Wellington detectives, Chris Spacey and Andy Thompson will be reappearing down the track in future novels as the story was mainly told centring around them and there's obviously a lot left to explore once the final page is reached. They are your typical cop buddy duo that you find in most crime thrillers.

I did wonder what the last scene the mouse was in was all about though. I initially thought it indicated something but then remember the scene involving the mouse prior to that which dismissed that thought. I loved the ending of the book though. If you like the violent criminal thrillers and want more set in New Zealand. Check out the author Paul Cleave who bases his novels in Christchurch. The Cleaner would be my recommendation on where to start.
Read more
2 people found this helpful
Helpful
Comment Report abuse

Mwcats
4.0 out of 5 stars What an ending!
Reviewed in the United States on June 4, 2015
Verified Purchase
This book started out as pretty much run of the mill, with likable characters and a truly evil villian. But, oh the ending...totally blew me away! It snuck up on me without warning and changed everything. A child abductor and criminal pervert escapes custody and grabs more children. Then the police manhunt begins in order to save them. What happens next makes this story unlike others and I recommend you read it to find out why!
Read more
One person found this helpful
Helpful
Comment Report abuse

Kindle Customer
5.0 out of 5 stars Marvellous
Reviewed in the United States on October 29, 2019
Verified Purchase
I loved the ending. I like the cops and the way they do business. James is a real hero. I look forward to more from this author.
Read more
Helpful
Comment Report abuse

Amazon Customer
5.0 out of 5 stars Absolutely outstanding.
Reviewed in the United States on June 2, 2014
Verified Purchase
This book literally blew my mind. Without saying too much that will spoil it for the next reader, this book will blow your mind. It was positively brilliant and I couldn't put it down and I couldn't forget it after I was done reading it. Get it, read it, you'll absolutely love it.
Read more
2 people found this helpful
Helpful
Comment Report abuse

Kathleen
4.0 out of 5 stars How many fingers does it take?
Reviewed in the United States on April 30, 2014
Verified Purchase
I had to ignore my distaste for reading about child abuse first. Then the author got me interested in the characters and the New Zealand geography. I love New Zealand and Wellington was one of my favorite cities. Not fond of hot chilies, however. The end was a bit of a shocker. Didn't see that coming!
Read more
Helpful
Comment Report abuse

The Grand
5.0 out of 5 stars This is a first class page-turner
Reviewed in the United States on May 31, 2012
Verified Purchase
I bought this book because it was set in familiar territory, but it turned out to be so much more. It is gritty, exciting, and has a totally unexpected ending. This should be a best seller! Shades of Lee Child and early Jeffrey Deaver, but set in New Zealand. This book should come with some kind of health warning, as I am now sleep deprived after reading until 4 am.

Bad Chillies is well written, well edited, and a pleasure to read - no subconscious editing as you go along, which I have so often found myself doing lately.

mike69101
4.0 out of 5 stars I Liked It
Reviewed in the United States on March 21, 2014
Verified Purchase
A different type of book. A little too much coincidence but that's ok. It was interesting and the ending is worth reading this book for.
Read more
2 people found this helpful
Helpful
Comment Report abuse
See all reviews

Angie T.D.
5.0 out of 5 stars Twisty Thriller
Reviewed in the United Kingdom on March 19, 2013
Verified Purchase
First book I've read by this author, and I loved it.Makes a change to read a book set in New Zealand,a lot of things seem very similar to Britain, its a very different style to reading American authors, nothing against them, but this was a nice change.The bad guy wasn't at all nice though, he was a real horror just as you would want a bad guy to be.I liked the other characters too, and loved the pace of the book, getting towards the end I stayed up way too late because I couldn't stop reading, cracking read, and twisty too, no spoilers, but I thought it was really good.
Read more
One person found this helpful
Report abuse

michybbz
5.0 out of 5 stars Gripping till the end
Reviewed in the United Kingdom on January 18, 2019
Verified Purchase
At one point I wasn't sure if I could keep reading, I wasn't sure I liked where the story was going since I have a young child. But the ending was something I never predicted. Really enjoyed it from start to finish.
Read more
Report abuse

Christine Harris
4.0 out of 5 stars A traditional cop novel.
Reviewed in the United Kingdom on July 30, 2014
Verified Purchase
It is well written and I liked the characters. I was however unhappy with the ending. I wondered what would happen if you had to write about the next six months for the characters involved.
Read more
Report abuse

peter goulding
5.0 out of 5 stars Book
Reviewed in the United Kingdom on March 15, 2016
Verified Purchase
What a great book it was a great story could not put it down a good twist and turns brilliant
Read more
Report abuse