Bad Days in History and millions of other books are available for Amazon Kindle. Learn more
Share <Embed> 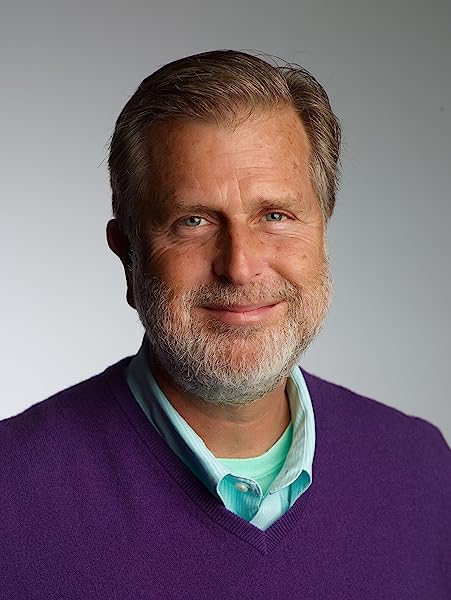 Bad Days in History: A Gleefully Grim Chronicle of Misfortune, Mayhem, and Misery for Every Day of the Year Paperback – April 18, 2017

by Michael Farquhar (Author)
4.6 out of 5 stars 714 ratings
See all formats and editions
Sorry, there was a problem loading this page. Try again.

"Room to Breathe" by Liz Talley
A funny, emotional novel full of southern charm about a mother and daughter ready to start over. | Learn more

Mr. Farquhar's latest, "Bad Days in History," may offer consolation to the great mass of quotidian belly-achers....whose piddling misfortunes and regrets will snap neatly into perspective when set against the record of idiocy and disaster he has assembled.
--Wall Street Journal

An upbeat catalog of defeats, faux pas and falls from grace that contributed to some very crummy moments.
--The Washington Post

Farquhar has proven with other books such as "A Treasury of Royal Scandals" and "Behind the Palace Doors" that he can deliver fun compilations of historical tidbits. "Bad Days in History" solidifies his reputation.
--Roanoke Times

Michael Farquhar, a former writer and editor at The Washington Post, is the bestselling author of numerous books, including the critically acclaimed Behind the Palace Doors and Secret Lives of the Tsars, as well as the popular Penguin "Treasury" series: A Treasury of Royal Scandals, A Treasury of Great American Scandals, A Treasury of Deception, and A Treasury of Foolishly Forgotten  Americans. He lives in Washington, D.C.
Start reading Bad Days in History on your Kindle in under a minute.

4.6 out of 5 stars
4.6 out of 5
714 global ratings
How are ratings calculated?
To calculate the overall star rating and percentage breakdown by star, we don’t use a simple average. Instead, our system considers things like how recent a review is and if the reviewer bought the item on Amazon. It also analyzes reviews to verify trustworthiness.
Top reviews

Joy Cagil
4.0 out of 5 stars Original and entertaining historical anecdotes, even if dark and disconcerting
Reviewed in the United States on March 12, 2019
Verified Purchase
I enjoyed reading this book a lot, not because bad things happened to other people but because I didn’t know about 90% of those events, such as poor Harry Truman’s mother-in-law who hated him moving in with him and her daughter into the White House. A good example to what the author puts it in the introduction as, “No matter how lousy your day has been, somewhere in time, someone else's was so much worse."

It is true that, in general, I find trivia entertaining, and since I like history, this book made my day stretching into a few days while I read it. I may even read it again, and I never read a book twice.

The stories that stand out for me are quite a few, such as what happened to astronomer Tycho Brahe, The Great Emu War, when the sperm whale exploded in Oregon, Tom Shales going after Kathie Lee, Gifford, what the hotel-owner Steve Winn did to a priceless Picasso, the misprint in a 1632 Bible that says, “thou shalt commit adultery, The Birth of a Nation, D. W. Griffith’s 1915 film celebrating KKK, Japanese novelist Yukio Mishima’s ritual suicide going bad, what happened to Major Henry Rathbone and his fiancée, Clara Harris who were with Lincoln in the presidential box when he was assassinated many years after, and many other anecdotes all told with a clear, impartial language.

The anecdotes in the book are in a specific order, from January to the end of December, however with no chronology as to the year but to the day; for example, what happened in the twentieth century followed by another event in the sixteenth century and vice versa if they were in two same or consecutive days of a certain month. This alone makes the pacing interesting and keeps the reader paying attention. The lesson gathered from all this is that bad luck, mayhem, and misfortune can happen any day and any time of any month, regardless of the year or century.

Then, it is true that a good part of the book is somewhat dark and even graphic, but it is because the contents agree with the title, and no reader can fault that arrangement.
Read more
22 people found this helpful
Helpful
Report abuse

Alan Beggerow
5.0 out of 5 stars Great book
Reviewed in the United States on September 17, 2016
Verified Purchase
I've read some of the author's previous books such as Royal Scandals and Great American Scandals, both of which I enjoyed very much. So I read Bad Days In History with some expectations. I'd put Bad Days in History in the same category as his other books. Interesting, well-researched, and written in a very readable and entertaining style.

This book takes every day of the year and offers up mistakes, disasters, bad decisions, or otherwise bad things that happened on that day in history. The premise is interesting, and some of the days have more than one entry. From ancient history to more current, the entries cover a huge span of historical time, and as such are but thumbnail sketches. But that's one reason that makes this such a good book. Some of the entries have tweaked my curiosity enough to read further on the subject.

Marc
3.0 out of 5 stars Not that funny but an easy read
Reviewed in the United States on March 27, 2019
Verified Purchase
The idea is a good one and there are some funny (tragic) days there. However, since there is a chapter for each day of the year and given that there are 365 days in a year, in order to keep the book to a manageable lenght, each chapter is inevitably very short. When a good story is told, then it is far too short. Most days unfortunately are not that intersting or funny and as a result the book quickly becomes tedious. Recommended for a commute but you may not finish it....
Read more
8 people found this helpful
Helpful
Report abuse

turtlefarmgirl
1.0 out of 5 stars If you’re not significantly distressed yet about man’s inhumanity, try this
Reviewed in the United States on December 24, 2019
Verified Purchase
How the editors/publishers could ever have allowed “gleefully” in the title is beyond me. Such a misrepresentation. An appallingly bleak book by a writer I otherwise respect, spreading stories of significant inhumanity. I guess I was expecting/hoping for stories of bad or ill-conceived acts that were called out and perpetrators called to task. So glad that I didn’t give it to anyone else.
Read more
6 people found this helpful
Helpful
Report abuse

livoman
4.0 out of 5 stars A Great Way to Enjoy Guilt-free Schadenfreude
Reviewed in the United States on May 2, 2015
Verified Purchase
A fun way to learn how misfortunes have plagued humans for centuries. Having a bad day? You can read how another human probably had an even worse day on the same date. Do not expect this book to read like Mr. Farquhar's previous books. Each day stands alone and some histories are very brief while other histories approach the in-depth descriptions typical of Mr. Farquhar's other books. Rest assured, Mr.Farquhar's vibrant writing style will keep you entertained and wanting to read more.
Read more
26 people found this helpful
Helpful
Report abuse

Kindle Customer
5.0 out of 5 stars The perfect way to start the day.
Reviewed in the United States on December 31, 2018
Verified Purchase
I have read several books by a Michael Farquhar and enjoyed them a great deal. This one is no exception. The daily dose of bad things happening makes a person realize that their day could have been a lot worse. The one thing I enjoyed most about this book was almost all of the events in the book were new to me. There were some I had heard of before, but these were few and far between. So if you like to get out of bed in the morning with a feeling of just how lucky you are not to have a day like the people in the pages had then this is the book for you.
Read more
4 people found this helpful
Helpful
Report abuse

Charles D.
5.0 out of 5 stars Weird and funny at the same time.
Reviewed in the United States on September 3, 2021
Verified Purchase
I purchased this book as a gift and it has been a huge hit. It has an odd format and a subject matter that is a bit weird, but it all works together in a brilliant manner. It is a fascinating read that ends up being both macabre and funny at the same time. Enjoyable and memorable!
Read more
Helpful
Report abuse

Alan Robert Alexander
5.0 out of 5 stars Fabulous book
Reviewed in the United Kingdom on November 30, 2017
Verified Purchase
This book is an absolute treasure-chest of absorbing , beautifully written stories The subject matter may change every couple of pages but it reads like an unputdownable thriller. I am only up to APRIL , but I never want it to end.
Read more
One person found this helpful
Report abuse

arthur ohara
5.0 out of 5 stars WOULD RECOMMEND
Reviewed in the United Kingdom on August 4, 2015
Verified Purchase
WOULD RECOMMEND ANYTIME
Read more
One person found this helpful
Report abuse

See all deals
Page 1 of 1 Start overPage 1 of 1
Previous page
Next page
Pages with related products. See and discover other items: funny history books, Mayhem Movies
Back to top
Get to Know Us
Make Money with Us
Amazon Payment Products
Let Us Help You
EnglishChoose a language for shopping. United StatesChoose a country/region for shopping.
© 1996-2021, Amazon.com, Inc. or its affiliates