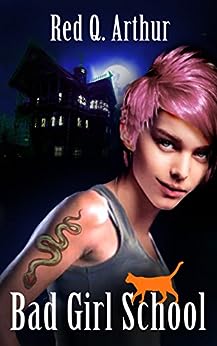 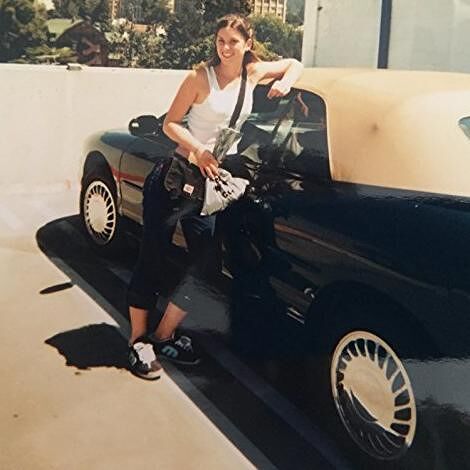 3.8 out of 5 stars
3.8 out of 5
13 global ratings
How are ratings calculated?
To calculate the overall star rating and percentage breakdown by star, we don’t use a simple average. Instead, our system considers things like how recent a review is and if the reviewer bought the item on Amazon. It also analyzes reviews to verify trustworthiness.
Top reviews

The Phantom Paragrapher
VINE VOICE
3.0 out of 5 stars A fun YA urban fantasy
Reviewed in the United States on September 28, 2019
Verified Purchase
Deborah aka Reeno is someone who in order to escape from her reality, she burgles homes and sells the items as they can help with her sister's illness and in hopes of finding a cure. When the last heist goes wrong, Reeno finds herself bundled up and dropped off to a boarding school in the middle of nowhere - St. Joans. While she is here, her ability to see auras is in full blast and if that's not all she has a giant cat called Alpha Beast talking to her yet only she can hear him. He has told her that she is the "chosen one". Here at the school, Reeno will learn all about her magical abilities and in doing so along with the help of a group of other students who also have abilities break a few curses including the one on her family where the oldest in each family gets ill and dies young. Can Reeno by traveling back to the Mayans help break the family curse but also save the world from ending in 2012? Normally I am not a fantasy reader, but as this book was set in a boarding school it didn't feel as an over the top fantasy read as featured a few real moments. The only thing that fell short overall of this book is the cover which clearly identifies that it was one of the early books in the self-published era when indie authors were just beginning. As academy and boarding school books are back in, I believe with an updated cover this book could sell more as it was an enjoyable YA fantasy read.
Read more
Helpful
Report abuse

Kindle Customer
5.0 out of 5 stars Bad Girl School by Julie Smith
Reviewed in the United States on June 23, 2014
Verified Purchase
This book just kept me reading from the first page through to the last. I did have to stop and sleep but the 28 chapters in the book were so well tied together that I had to search to find a place to stop for food and drink. The main characters were the Cat (the savior of the universe) and our bad girl original.

The book explained how the bad girl made friends in school, how she was welcomed into the "bad girls club' where she and her friends learned to focus and do amazing things. How to cast spells to take away bad karma and release friends and family from evil spells. The way the Savior Cat taught the Bad Girl how to learn and focus on what was her best interest.

I enjoyed the Time Travel to the Mayan times to see how they lived and to retrieve a book that told why the world was to end in 2013. After the cat changed into a Jaguar, the book just began to fly to an end.

With all the paranormal movies and tv shows out now this book would appeal to a broad crowd of readers. Do yourself a favor and pick this book up to read. You won't be disappointed.
Read more
One person found this helpful
Helpful
Report abuse

JcatTop Contributor: Pets
TOP 500 REVIEWER
4.0 out of 5 stars Fun YA Paranormal Romp.
Reviewed in the United States on June 18, 2014
Verified Purchase
YA readers will love this, I'm sure. The young Heroine is going through a tough time in her life (a seriously ill sister), and after getting caught robbing a home, is sent to a boarding school. There she meets a telepathic cat and some other psychic students, and goes on a time-traveling adventure to save the world AND her sister. All in a day's work for a tattooed tough girl.

Plot was a little choppy here and there, but the character development was good. Romance slight. Italics might have been clearer than quotes when telepathy was occurring between the Heroine and the cat.

This was fairly entertaining for me (an adult), so I'm sure that younger readers will really enjoy it. For me, I'd rate it as OK/3-Star fast and cute read. Since it's a YA, I'm giving it a 4-Star based on its target audience. Besides, I'm very impressed with the Authors promise at the end that if there were too many proofreading errors that they would be corrected. Applause for that.
Read more
Helpful
Report abuse

ALY
3.0 out of 5 stars Bad Girl School
Reviewed in the United States on April 10, 2016
Verified Purchase
I was a little upset at this book because I want to love it. It just did not keep my attention. I was not into the talking cat thing either, it did not work for me. I have read a book before that I loved the talking cat in it and I wanted to love it in this book too. But it fell flat for me. " Bad Girl School" was not what I expected it to be so that was interesting but I overall I wanted more from this book.
Read more
Helpful
Report abuse

Kindle Customer
5.0 out of 5 stars I loved this book
Reviewed in the United States on October 19, 2017
Verified Purchase
I loved this book.. I would actually like to see another book with the OZONE RANGERS... I think they would have a bright future.
Read more
Helpful
Report abuse

Tanya
5.0 out of 5 stars So bad She is good!
Reviewed in the United States on March 10, 2014
Verified Purchase
Loved the non-traditional bad girl heroine! A great read! I recommended it to my book club! I also love the quality printing guarantee! More authors should adhere to such high standards!
Read more
2 people found this helpful
Helpful
Report abuse

Sarah Kirton
5.0 out of 5 stars Great Book
Reviewed in the United States on June 21, 2014
Verified Purchase
Like all of Julie Smith's books, this was a great read. Aimed at a younger audience than the other books of hers I've read, I still thoroughly enjoyed it. She just keeps getting better and better!
Read more
One person found this helpful
Helpful
Report abuse

Cindy A. Bates
5.0 out of 5 stars Bad Girls School.....Good!!
Reviewed in the United States on February 18, 2014
Verified Purchase
Maybe I'm a young adult at heart, but this story is one of the most entertaining tales I have read in quite a while. I kept wondering about Julie Smith's imagination: this plot incorporated all kinds of fancy and excitement. No matter a reader's age, this book will delight!
Read more
Helpful
Report abuse
See all reviews
Back to top
Get to Know Us
Make Money with Us
Amazon Payment Products
Let Us Help You
EnglishChoose a language for shopping. United StatesChoose a country/region for shopping.
© 1996-2021, Amazon.com, Inc. or its affiliates