You've subscribed to Boss Series! We will preorder your items within 24 hours of when they become available. When new books are released, we'll charge your default payment method for the lowest price available during the pre-order period.
Update your device or payment method, cancel individual pre-orders or your subscription at
Your Memberships & Subscriptions
There was an error. We were unable to process your subscription due to an error. Please refresh and try again. 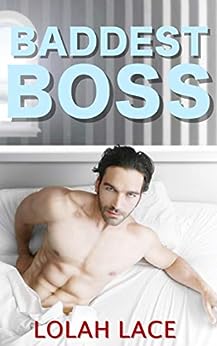 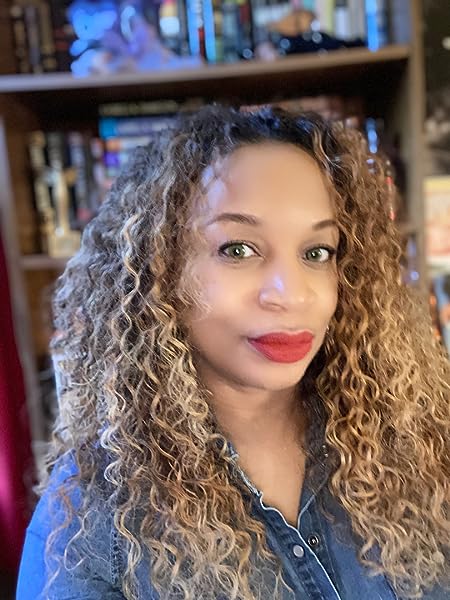 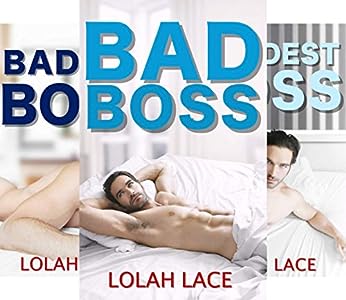 Booknerd
1.0 out of 5 stars Horrible
Reviewed in the United States on February 7, 2020
Verified Purchase
I hated this book. It has really turned me off the author. I was already salty before reading this book because of Robin's behavior in the last book. Sleeping with Max, unprotected, right after breaking up with Andrew. It did not get any better. She stayed with Max for most of the book, using him, even though she knew he had feelings for her and she knew she still loved Andrew. Andrew did not sleep around, even though he was equally confusing, by not getting a DNA test sooner.

I do not think this book is a feel good book because I think Robin made the situation worse and she was with Max for literally 80% of the book. This author needs to do better.
Read more
5 people found this helpful
Helpful
Report abuse

Divinity
1.0 out of 5 stars SMH
Reviewed in the United States on December 13, 2019
Verified Purchase
All I can say is this was badly written. I don’t know what happened after the first part of this series, but it’s only gotten progressively worse. The author did not seem to care about her readers with this unorganized, unrealistic piece of writing.
Read more
6 people found this helpful
Helpful
Report abuse

Torie Paguyo
5.0 out of 5 stars A joy
Reviewed in the United States on May 7, 2020
Verified Purchase
I am so glad I could read this story to its conclusion. This is a great tale full of emotion and dramatics. The characters are on point. Lol funny and it’s easy to imagine them being real people. I could totally go for another book in the series where Max finds true happiness and Robin expands her family. That’s just how wonderfully this series was I want it to go on. Thank you author I will surely be reading more of your books. Many blessings
Read more
2 people found this helpful
Helpful
Report abuse

Joyce
4.0 out of 5 stars Loved the series
Reviewed in the United States on April 19, 2020
Verified Purchase
I initially wanted Robin to get back with Andrew but when Mr. Moretti showed up, I had a change of heart. Andrew was too unstable for any woman. Especially not telling Robin when he found out then not wanting to get a DNA test done immediately. The way Max was described and his love making, Andrew should've been a distant memory to Robin. What should've happened is Robin getting pregnant by Max!
Read more
Helpful
Report abuse

charws
5.0 out of 5 stars Worth the wait
Reviewed in the United States on December 12, 2019
Verified Purchase
I couldn’t wait for this book to arrive, especially after reading the first two and the turmoil that Valerie caused for Robin. Andrew was a jerk and a dunce for not getting proof sooner that Julian wasn’t his son. I felt sorry for Max but when you love someone with your whole heart, like Robin loved Andrew, she had to follow her heart. I wished that Valerie had been caught!
Read more
One person found this helpful
Helpful
Report abuse

Kindle Customer
5.0 out of 5 stars Good bood
Reviewed in the United States on December 14, 2019
Verified Purchase
I enjoyed the book it had a lot of action, I did care for Robin being interment with Max, it show Andrew was really in love with Robin, because he had respect for the women he loved usely it's the other way around. It showed a different side for men and women
Read more
One person found this helpful
Helpful
Report abuse

Amazon Customer
5.0 out of 5 stars Great Ending
Reviewed in the United States on December 14, 2019
Verified Purchase
I really enjoyed the book.Andrew at first was pissing me off by asking Robin to do that and then his mom was pushing for her to fight for him OMG and Max I start rooting for him but it all worked out in the end .Really great ending
Read more
One person found this helpful
Helpful
Report abuse

ClassieDyvvva!
5.0 out of 5 stars This series was everything as usual!
Reviewed in the United States on December 12, 2019
Verified Purchase
Lolah Lace is one of the addictive authors you have to watch out for. She will have you up at 230A reading and spend all day in the bathroom reading at work! I know this is greedy but what about Max?
Read more
One person found this helpful
Helpful
Report abuse
See all reviews

Amazon Customer
1.0 out of 5 stars Terrible
Reviewed in the United Kingdom on December 14, 2019
Verified Purchase
This book is the epitome of lack of self respect. Basically, Andrew, without any concrete proof and without doing anything to get concrete proof, decides to get together with his baby mama because he is traditional and his « child » should live in a 2 parent home. He is so traditional that he thinks that his girlfriend should agree to become his mistress if she loves him enough. Said girlfriend makes a bunch of noise, cries for months then jumps into bed with a nice, decent man who treats her well. But no, somehow she still loves Andrew so much that when he says jump, she says how high and either sleeps or goes back to work for him because, although he is a multimillionaire , he is too helpless to find good help. Then when it’s proven that it was all a lie, he snaps his fingers, offers some lip service apology and immediately she falls into bed and in a relationship again, kicking the decent guy to the curb. Ridiculous.
Read more
One person found this helpful
Report abuse
See all reviews