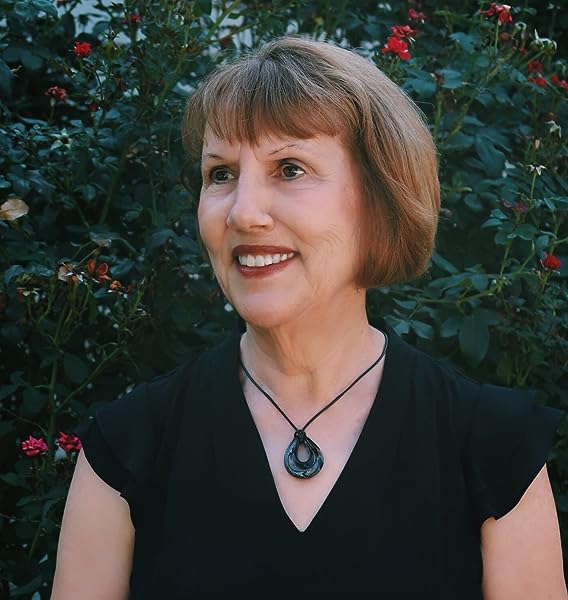 "A true mystery for any reader, with enough clues to staythoroughly engaged, but not enough leads to solve the brilliant ending!" -Maxy Awards, (Winner, Best Mystery, 2017)

"An intelligent,immersive police procedural that will leave you pining for another Jack Bailey novel.
In Bailey, Lelvis has created an unusually well-developed lawman. Lelvis resists the temptation of nonstop sleuthing in favor of a thoughtful study of Bailey's trauma, moral dilemmas and innate humanness. The dialogue amongst the Homicide team in particular is exceedingly believable, with heaping helpings of dark humor. In these scenes, all political correctness is cast aside, and at least in the context of this book, that's a very good thing.
Credit Lelvis for thoughtfully and intelligently exploring date rape and mental health issues within the context of an immersive police procedural. Let's hope that we're treated to another Jack Bailey book soon."
~ BestThrillers.com ~

"This book introduces Jack Baily, a veteran police officer who left Chicago for Texas after a hauntingly brutal loss in his personal life. He wants to bury himself in work and forget. The murder of a young man draws Jack closer to a witness's family than perhaps he should be, the victim is shown to have been far less than perfect, and Jack finds himself lamenting the fact that justice and law don't always coexist.
Meg Lelvis does a fine job of drawing "cop" characters who are not stereotypes but have distinct personalities. The book a great read, and the surprise ending brings it all home."
~ Chris Rogers, author of the Dixie Flannigan Series

"Bailey's Law is a novel by Texas author Meg Lelvis. This,her first long playing offering, is a detective mystery set in historic Richmond, Texas. Richmond, for those that are unfamiliar with the nooks and crannies of small town Texas, is a lingering remnant of pre-suburban Houston.  Much like Savannah, Georgia in miniature, it retains an antebellum charm. Jack Bailey, the novel's good but flawed protagonist,is a wad of contradictions. For starters he suffers from PTSD. This affliction has its roots in something very dark. He's also a big drinker, and he has nightmares.
Bailey's Law courageously ventures into the issue of campus assault and how it is affecting academic communities.
The end will surprise, as there are no leads of whodunit until the very end. Bailey's Law is purported to be the first in a series. Jack is a character with enough depth and dimension to warrant furtherexamination. This first edition is a good, solid read."
~ Matt Minor, author of The Representative and District Manager

Meg Lelvis grew up in northern Minnesota and taught English and psychology in Houston and Dallas. Her fiction and poetry have won awards from Houston Writers Guild and Houston Writers House. Her first novel, Bailey's Law, won the 2017 Maxy Award for best mystery. Her short story featuring Bailey's Law character, Jack Bailey, was published in Houston Writers Guild mystery anthology, Waves of Suspense. Meg's second Bailey novel, Blind Eye, was released in April, 2018. It won Maxy Award's second place for best mystery in 2018. She is happy to report that she just signed on with Black Rose Writing to publish her third novel, A Letter from Munich, to be released next spring in 2020. This will also feature previous protagonist, Jack Bailey. Meg resides in Houston with her husband and two dogs.

Start reading Bailey's Law (Jack Bailey Mystery Book 1) on your Kindle in under a minute.

4.0 out of 5 stars
4 out of 5
79 global ratings
How are ratings calculated?
To calculate the overall star rating and percentage breakdown by star, we don’t use a simple average. Instead, our system considers things like how recent a review is and if the reviewer bought the item on Amazon. It also analyzes reviews to verify trustworthiness.
Top reviews

anna
3.0 out of 5 stars Really let down after all the glowing reviews. Too much procedure and not enough life.
Reviewed in the United States on June 10, 2017
Verified Purchase
I really did not get interested until over 60%. Bailey had a lot of problems, but what a jerk! A whole lot of nothing but giving orders, eating and drinking and just generally being a pain in the as#. Of course I had it figured out by then. SPOILER Bailey would have too if he had been thinking with his big head.
Read more
5 people found this helpful
Helpful
Comment Report abuse

Kindle Customer
2.0 out of 5 stars Meh
Reviewed in the United States on March 25, 2020
Verified Purchase
So much promise! So many incomplete sentences. The story itself was enjoyable. How his wife and daughter died surprised me. The murderer wasn't a surprise. What Jack ultimately did with the information was shocking, and I thought less of him because of it. That said, all the choppy, incomplete sentences (even in conversation!) drive me to distraction and resulted in a much less enjoyable read. I won't read another one.
Read more
Helpful
Comment Report abuse

Elaine L
4.0 out of 5 stars Interesting characters, good hard boiled crime story
Reviewed in the United States on January 10, 2017
Verified Purchase
This is a crime story with an interesting, jaded protagonist, with a past that haunts him. Jack Bailey's PTSD is caused by a family trauma. He's a detective in a small town, and his current case is the murder of a seemingly nice young man. After discovering the guy took advantage of women he dated, the motive became clear.
Good, quirky characters are found in the book, and it brings to light issues of campus assault and mental health problems.
Recommended!
Read more
2 people found this helpful
Helpful
Comment Report abuse

Annie
2.0 out of 5 stars That’s enough of Jack Bailey for me.
Reviewed in the United States on April 22, 2020
Verified Purchase
The story was okay. I figured out who the murderer was. BUT, the Lieutenant was not just a jerk, he was a total ass. Difficult to feel compassion for him and his tragic losses. He was never likable. Mrs. Baumgartner’s daughter pegged him right off in a one minute meeting. I won’t be reading any more books in this series.
Read more
Helpful
Comment Report abuse

joe vitucci
3.0 out of 5 stars Now it all makes sense....
Reviewed in the United States on October 22, 2019
Verified Purchase
Jack Bailey, a former Chicago cop, moves to a small town in Texas hoping to get his life back together after his wife and daughter are killed. He leads a group of detectives solving cases. A young man is killed, and he must solve the case.
Pretty interesting.
Read more
Helpful
Comment Report abuse

Angela S.
5.0 out of 5 stars Enjoyed very much!
Reviewed in the United States on May 30, 2017
Verified Purchase
I found this book to have a nice easy flow to the story. Characters were likeable. They appear as every day people without too much drama to fill in gaps. I found myself thinking about how soon I can get back to the story to find out, as they say, who done it! Will check on other stories from Ms. Meg Lelvis if available.
Read more
2 people found this helpful
Helpful
Comment Report abuse

Margy Hillhouse
4.0 out of 5 stars What a surprise!
Reviewed in the United States on March 15, 2018
Verified Purchase
Jack was believable, however I wish he hadn't been so rude and crude. I know a lot about PTSD so all he was going through was right on the money. I liked Mrs Baumgartner and her unconditional acceptance of Jack as well as her ability to see that he was more than the abrasive personality he projected. The ending was a sad surprise and part of me wished for lawful compliance.
Read more
Helpful
Comment Report abuse

Be Inspired
3.0 out of 5 stars Not a good ending
Reviewed in the United States on July 14, 2017
Verified Purchase
It was ok, but I did not like what Bailey did at the end when the killer confessed. Also, what was the deal with the gruesome car accident to open the book? It was totally irrelevant to the rest of the story
Read more
3 people found this helpful
Helpful
Comment Report abuse
See all reviews