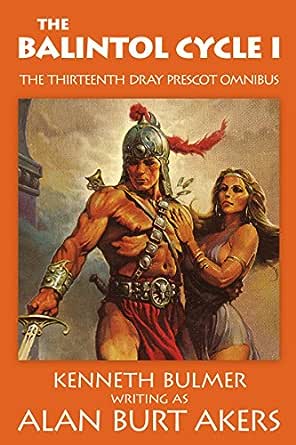 You've subscribed to The Saga of Dray Prescot omnibus! We will preorder your items within 24 hours of when they become available. When new books are released, we'll charge your default payment method for the lowest price available during the pre-order period.
Update your device or payment method, cancel individual pre-orders or your subscription at
Your Memberships & Subscriptions
There was an error. We were unable to process your subscription due to an error. Please refresh and try again. 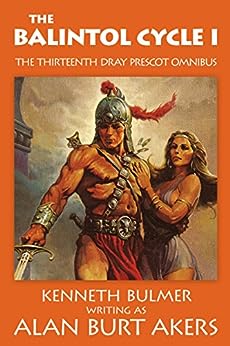 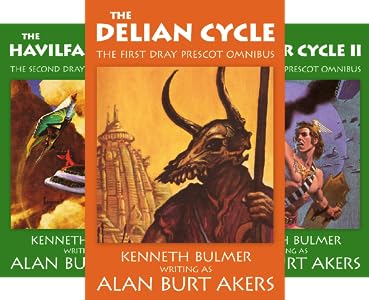 Alan Burt Akers was a pen name of the prolific British author Kenneth Bulmer, who died in December 2005 aged eighty-four. Bulmer wrote over 160 novels and countless short stories, predominantly science fiction, both under his real name and numerous pseudonyms, including Alan Burt Akers, Frank Brandon, Rupert Clinton, Ernest Corley, Peter Green, Adam Hardy, Philip Kent, Bruno Krauss, Karl Maras, Manning Norvil, Chesman Scot, Nelson Sherwood, Richard Silver, H. Philip Stratford, and Tully Zetford. Kenneth Johns was a collective pseudonym used for a collaboration with author John Newman. Some of Bulmer's works were published along with the works of other authors under "house names" (collective pseudonyms) such as Ken Blake (for a series of tie-ins with the 1970s television programme The Professionals), Arthur Frazier, Neil Langholm, Charles R. Pike, and Andrew Quiller. Bulmer was also active in science fiction fandom, and in the 1970s he edited nine issues of the New Writings in Science Fiction anthology series in succession to John Carnell, who originated the series. --This text refers to the hardcover edition.