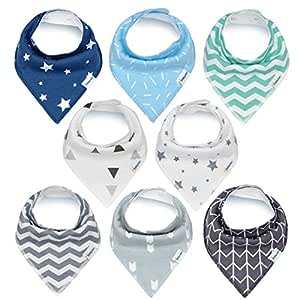 Save 10% when you receive 5 or more products in one auto-delivery to one address. Currently, you'll save 5% on your May 2 delivery.

Save 10% when you receive 5 or more products in one auto-delivery to one address. Currently, you'll save 5% on your May 2 delivery.

We'll send you a reminder before each delivery.
Save 5% now and up to 10% on repeat deliveries.
• No fees
• Cancel anytime
Learn more
Get it Sunday, Mar 7
In Stock.
Qty:1
Deliver every:
2 months (Most common)
2 months (Most common)
Auto-deliveries sold by Kiddy Star and Fulfilled by Amazon
New & Used (2) from
$17.62 & FREE Shipping on orders over $25.00
Share

Visit the KiddyStar Store
4.7 out of 5 stars 1,117 ratings
| 20 answered questions
Available at a lower price from other sellers that may not offer free Prime shipping.
› See more product details
New & Used (2) from $17.62 & FREE Shipping on orders over $25.00

At Kiddy Star, we’re less about stuff and more about soul. We know the importance of quality baby products which last a long time, without breaking the bank. And when it comes to making a difference in the lives of other parents, we believe; “You don't have to be famous, brilliant… or even a billionaire - if you simply do what you do with heart”.

So, from our heart, to you – we give you this set of Organic Bandana Bibs

4.7 out of 5 stars
4.7 out of 5
1,117 global ratings
How are ratings calculated?
To calculate the overall star rating and percentage breakdown by star, we don’t use a simple average. Instead, our system considers things like how recent a review is and if the reviewer bought the item on Amazon. It also analyzes reviews to verify trustworthiness.

JONI REZACTop Contributor: Baby
3.0 out of 5 stars I've had better.
Reviewed in the United States on January 22, 2017
Size: 8 CountVerified Purchase
These droll bibs do the job. I wish they had double sided fabric as many of my other droll bibs do...you never know when something is going to stain one side and then you can just flip it to conceal the unsightly side for the time being. Also the back of these bibs have a white fleece material. Fleece is great because it is at first soft and dries very quickly. But as fleece is washed and dried it quickly looks and feels rough and pills. I have washed these once and have already seen the effects. I also don't care for the blue tag that is stitched to the side of the bib. It is stitched in a way that is difficult to cut off without damaging the bib but I am a perfectionist when it comes to clothes and outfits not having stitching and tags that don't match an outfit together. And lastly my assortment came with a blue bib with stars. The blue is a muted almost faded looking blue and I really would have loved it to be a true dark navy blue. The bibs work but are definitely not my favorite, I've had better.
Read more
26 people found this helpful
Helpful
Report abuse

Foreverjaded
5.0 out of 5 stars The drooling never ends !
Reviewed in the United States on January 30, 2018
Size: 8 CountVerified Purchase
Having a baby that had bad reflux in the early months , then straight into teething at 4 months , I have been in constant need of bibs ! Let me tell you, not all bibs are the same ! I bought a lot of cute bibs (not on amazon) and it was a total waste and I had to throw them away since they would become soaking wet within 30 Min. I was literally going through 10 bibs a day and my baby’s clothes would still become damp. These bibs help block the moisture from soaking baby’s clothing because they are a nice thick material. I highly recommend !
Read more

5.0 out of 5 stars The drooling never ends !
By Foreverjaded on January 30, 2018
Having a baby that had bad reflux in the early months , then straight into teething at 4 months , I have been in constant need of bibs ! Let me tell you, not all bibs are the same ! I bought a lot of cute bibs (not on amazon) and it was a total waste and I had to throw them away since they would become soaking wet within 30 Min. I was literally going through 10 bibs a day and my baby’s clothes would still become damp. These bibs help block the moisture from soaking baby’s clothing because they are a nice thick material. I highly recommend !
Images in this review

Mama2403
5.0 out of 5 stars Totally superior to normal/velcro bibs
Reviewed in the United States on January 6, 2018
Size: 8 CountVerified Purchase
Got these for my baby when he was about 6 months old, since OMG you end up needing so many bibs with a baby! I LOVE these more than any other bibs we've tried, and wish we'd gotten them earlier. We've used them for almost 2 months now. As compared to all the other bibs we've used (all our others connect via velcro in the back):

Pros:
- Super soft, both top and bottoms sides
- Very cute triangle look, goes with so many outfits
- The snap on the back is surrounded by the soft fabric - (this is a huge plus; with velcro bibs, no matter how perfectly I attach it the velcro scratches my baby's neck and he gets little red scratches all over his neck. These eliminate that issue.)
- Baby can't undo the snaps so it stays put (he is strong enough to rip off the velcro ones!)
- He can fall asleep for a nap with one of these bibs on and is comfortable (and likes sucking on the bib/tag for self-soothing)
- The velcro back bibs often grab onto other clothes in the washer/dryer, and end up damaging some of our other clothes in the wash. These are super easy to wash & dry and obviously don't affect other clothes.

Cons:
- Not as much coverage as the larger basic velcro-back bibs are (but, works now that he spits up so much less and it's mainly drool going on)
- I'm not sure they're 100% waterproof as baby's onesie still gets a little wet underneath, but they're far better than any others I've tried

Bottom line: these are awesome, cute, soft, and functional. I plan on getting more for future kids and using these rather than velcro ones as much as possible. The only reason I'd use the velcro ones instead is if we need more square-inches of coverage on baby's chest in the earlier months of tons of spit-up. We've now used them for about 2 months (washing/drying multiple times per week) and they're equally or possibly even softer than at first.

Lynae Lorenz
2.0 out of 5 stars Thin, other brands are better
Reviewed in the United States on January 15, 2017
Size: 8 CountVerified Purchase
Just received these in the mail and I am a little disappointed. This is my fourth order of drool bibs from multiple companies, and these are by far the thinnest. Day 1 my little guy went through four of them. Super cute material but NOT worth it.
Read more
20 people found this helpful
Helpful
Report abuse

Drew
3.0 out of 5 stars Better than regular bibs, but they could be better
Reviewed in the United States on June 27, 2018
Size: 8 CountVerified Purchase
These are definitely much cuter than the old-fashioned bibs, and my wife likes them, but there were some things that we would probably shop around for if we were to buy more of these.

Pros:
- Again, they are cute on the little one, and make him look like a mini bandit (super cool)
- They do the job of actually helping to keep milk or spit off of his shirt, and actually might do a better job than a flat bib since they kind of naturally have a little crease in them to catch the drool
- They fit just fine, and there are two buttons so if he gets bigger, we could just use the outer button and make them bigger.

Cons:
- I WISH THEY USED VELCRO INSTEAD OF BUTTONS! When you are holding your baby and trying to get at the back of his neck and undo the buttons, it is very difficult since you don't want to just yank them and choke your baby.
- For some reason (probably absorbing?) the backs of these are like a fleece material. They are really soft, but I think they make our son's neck too warm. I'm not really sure why they would line the backs with "fleece" like that, since I don't need this to keep his neck warm.
- Maybe a con, but in case you were wondering, you can't put these on your babies head like a regular bandana and make him look like a cool biker. (they won't fit)

Conclusion:
While my wife and I prefer these over regular bibs, I do think that if we needed more of these, we would probably shop around for another version with velcro, and hopefully they might not be "fleece" lined in the back (maybe a terry material would be better). If you can't find anything else on Amazon, these will be fine, and the price isn't bad, but maybe try shopping around first.
Read more
2 people found this helpful
Helpful
Report abuse

Lindsay H
5.0 out of 5 stars Great absorbent, cute bibs
Reviewed in the United States on January 22, 2017
Size: 8 CountVerified Purchase
These bandana bibs are so cute! My son is 4 months old, a big drooler, and spits up a lot. We go through a ton of bibs. I bought these because of reviews about how absorbent they are and am so pleased with them. These are the softest, most absorbent, and cutest bibs that we have. We would go through up to 4 or 5 bibs a day at times, but with these 1-2 can last him all day. Highly recommend for anyone who wants a cute and absorbent bib for their messy baby!
Read more
10 people found this helpful
Helpful
Report abuse
See all reviews